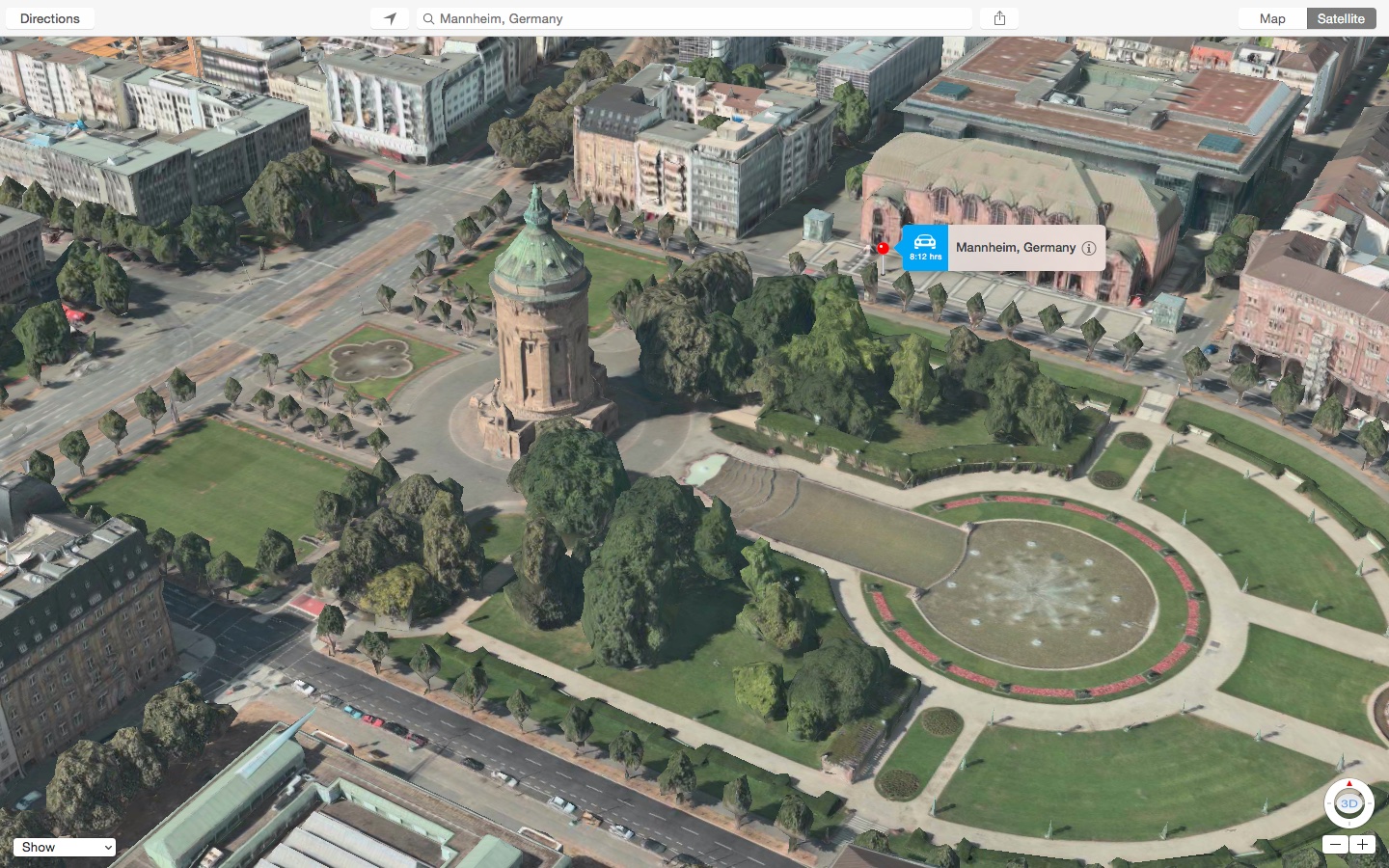 Apple has added a bunch of new cities and landmarks around the world to its three-dimensional Flyover views in Maps. The new locales in France, Italy, Germany, Spain, Japan, Australia, Mexico and the United States are now available in Apple Maps on both iOS and OS X platforms.

Seen top of post: Mannheim in Germany. Right below: Germany’s Neuschwanstein Castle in Flyover mode, as seen in Apple Maps for Mac. 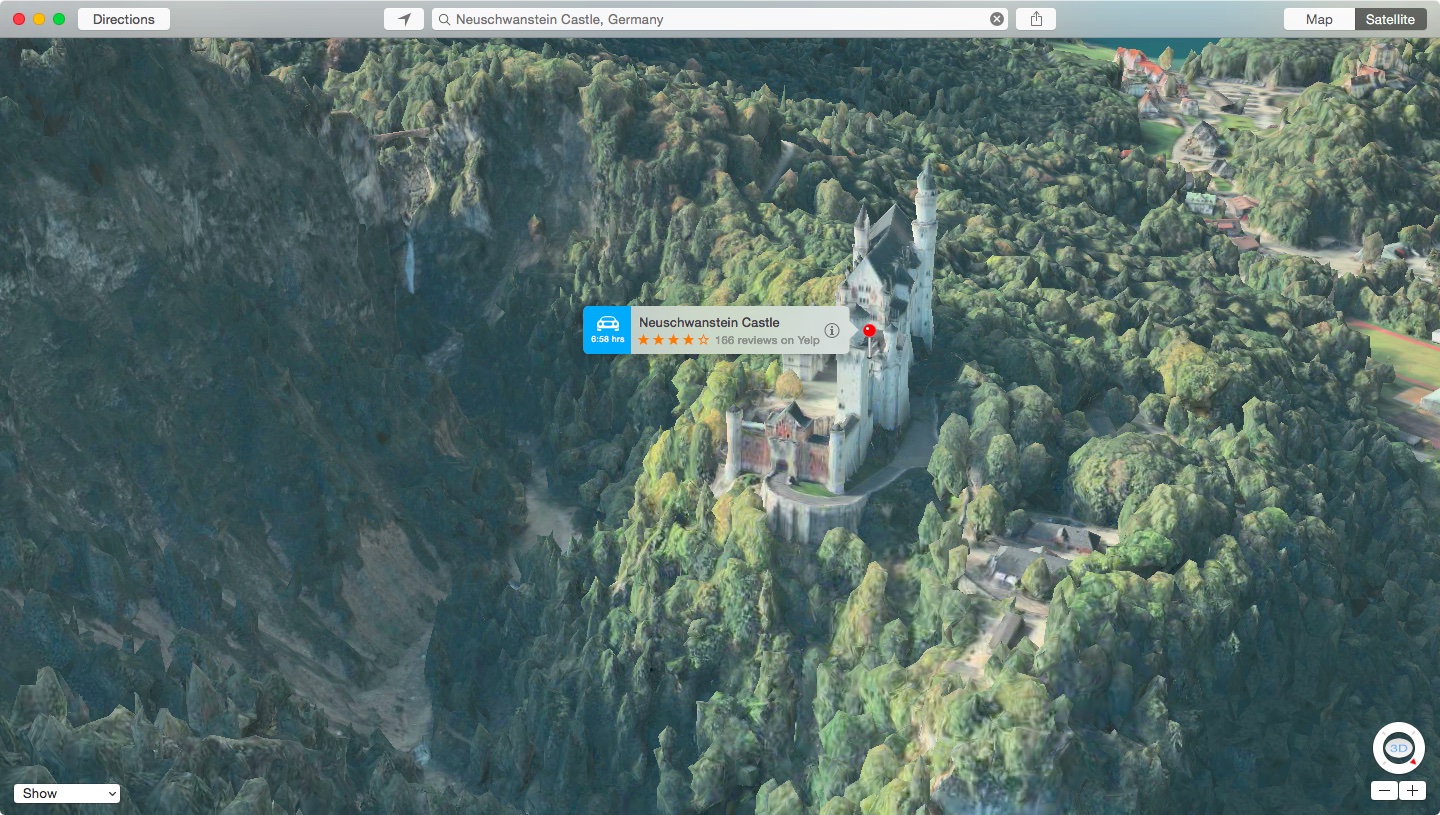 To take a 3D tour of any Flyover-enabled location, fire up Apple Maps on your iPhone, iPod touch, iPad or Mac, use the search field to zero in on the location and switch to Satellite mode and 3D view using options within the app.