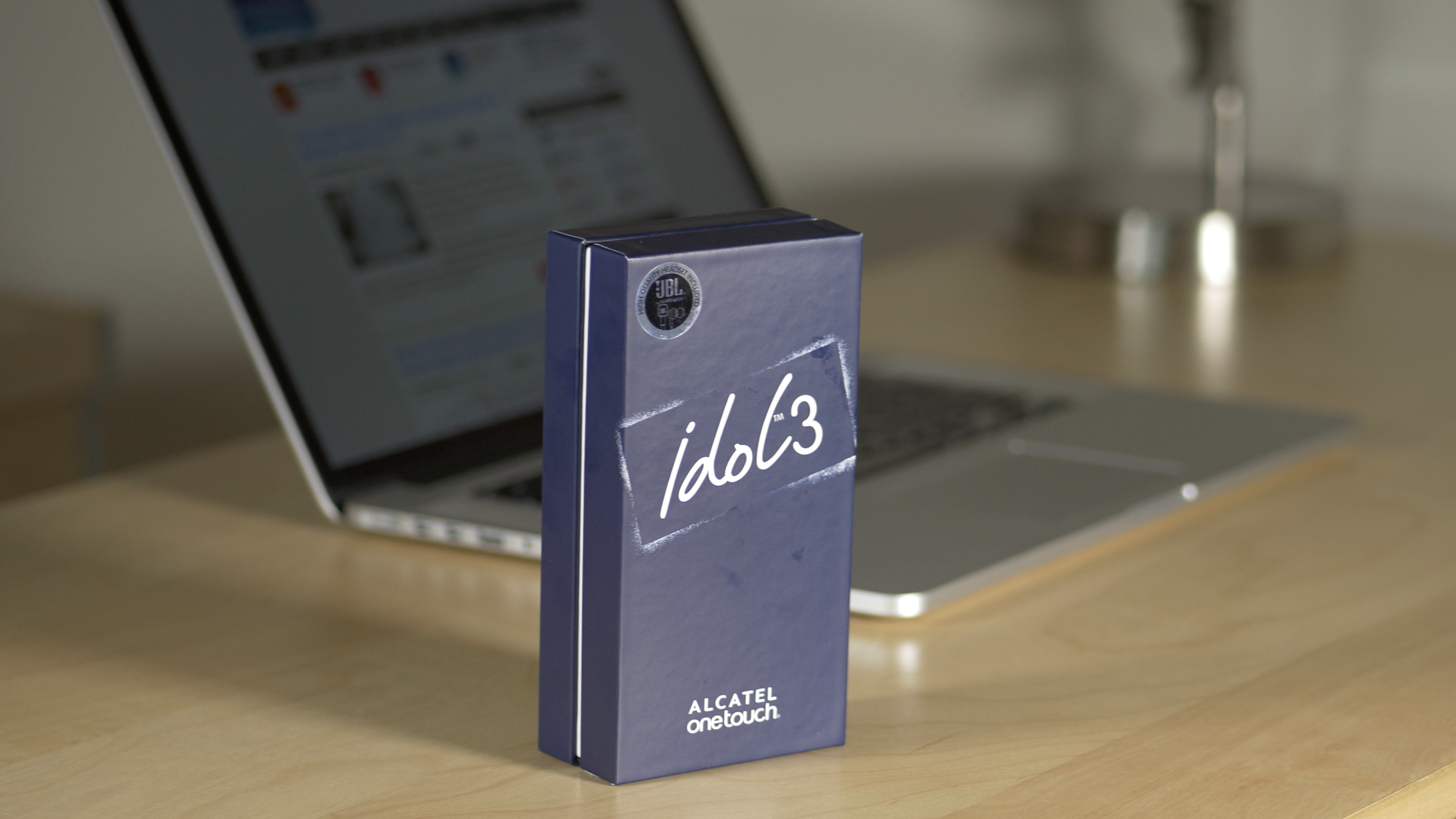 It’s almost unfair how many great budget smartphones there are that run Android. I think it’s safe to say that there is an embarrassment of riches for Android platform users in the budget phone category.

I’ve already reviewed phones like the Asus ZenFone 2, and the 3rd-generation Moto G—both highly competent phones. Today, I get to go hands-on with a similar phone, as far as price is concerned, in the Alcatel OneTouch Idol 3 ($249.99 on Amazon).

Out of all of the budget Android phones that I’ve tried as of late, this one feels the best in my hand. Its rounded corners make it perfect to use as a handheld gaming device.

The Idol 3 is a large phone, comparable to the iPhone 6 Plus. It features the same screen size as the iPhone 6 Plus, though its bezel is a little trimmer, resulting in a slightly smaller footprint than Apple’s largest phone offering. 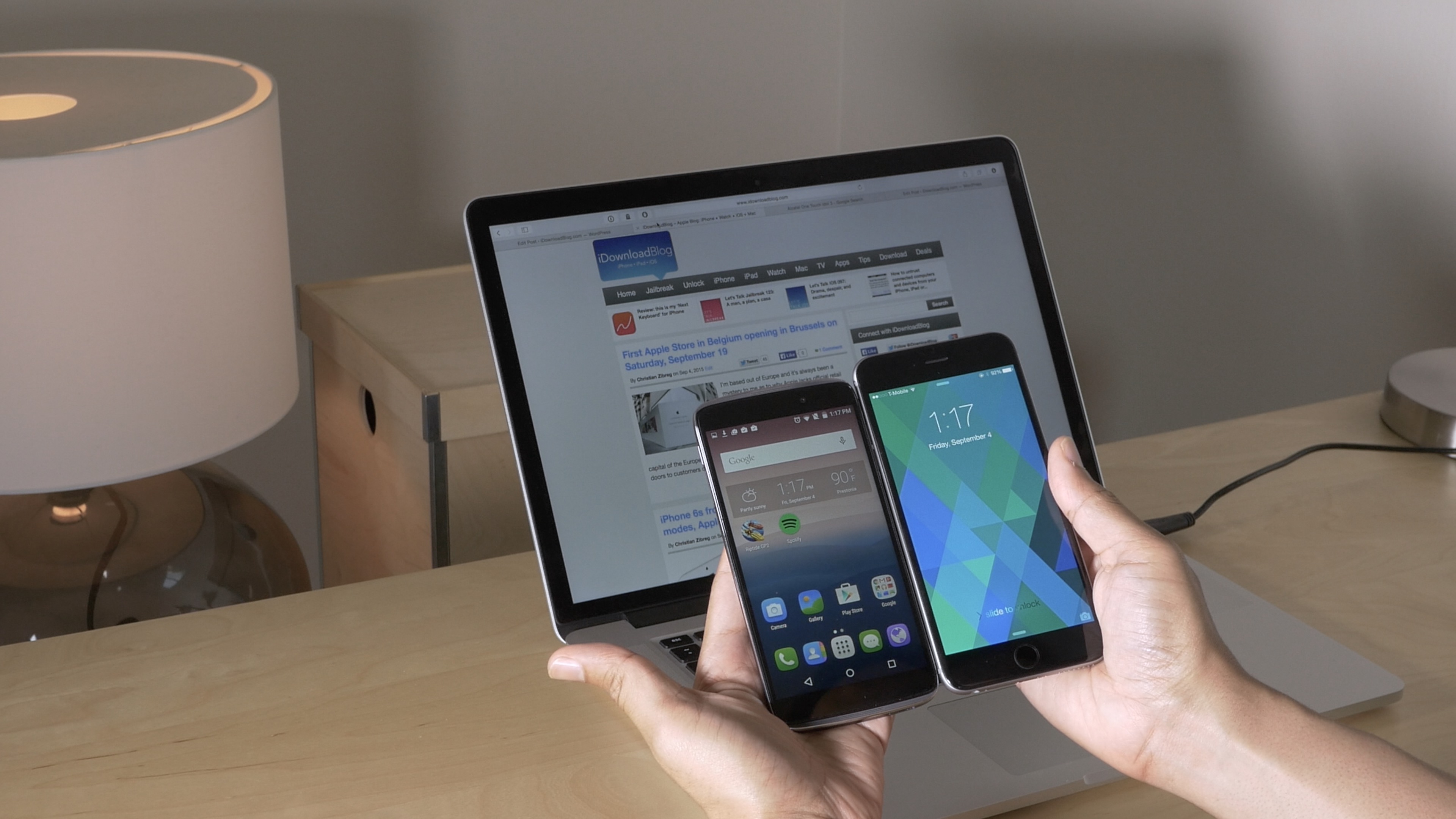 Along with the great in-hand feeling, this phone packs a pair of good-sounding stereo front-facing speakers. The speakers are loud, crisp, and clear. But if speakers aren’t your thing, you may enjoy the included JBL earbuds. The earbuds are the type that fill your whole outer ear cavity in an effort to provide low end bass.

The Idol 3 is a solid phone that comes in at a reasonable $249.99 price point. It also packs in a special feature that I’ve personally never seen before on a smartphone. Check out our full review for more details.

The Idol 3 comes with 16GB of internal flash storage, 2GB of RAM, a Snapdragon 615 CPU, and an Adreno 405 GPU. It’s not the fastest phone on the block, but because the screen is 1920×1080, it doesn’t have to drive some insane amount of pixels, and thus performs well in everyday tasks.

In this day and age of ridiculous pixel density, 1920×1080 may seem a bit subpar for a 5.5″ phone, but honestly, unless you’re a couple of inches away from the screen, you’re not going to notice individual pixels on texts or images. The screen is bright, features great viewing angels, and seems responsive enough to handle action packed games like Riptide 2. 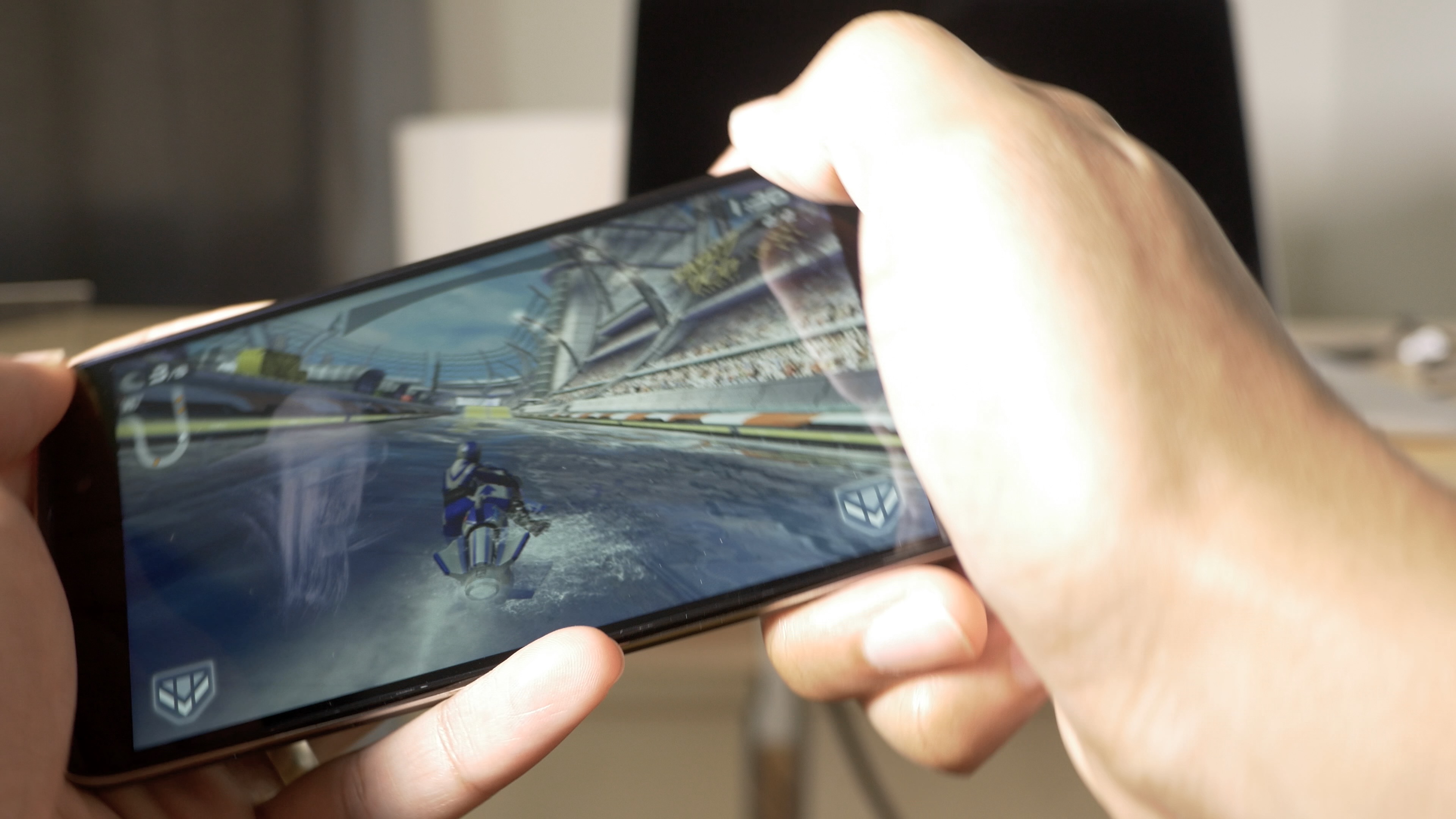 The primary camera, a 13MP shooter, features autofocus, an LED flash, geotagging, and all of the basic stuff that we expect from a smartphone camera these days. It’s not capable of shooting 4K, which is to be expected at this price point, but it does shoot 1080p video at 30FPS. The front facing camera is a 8MP camera, which is also capable of 1080p video. 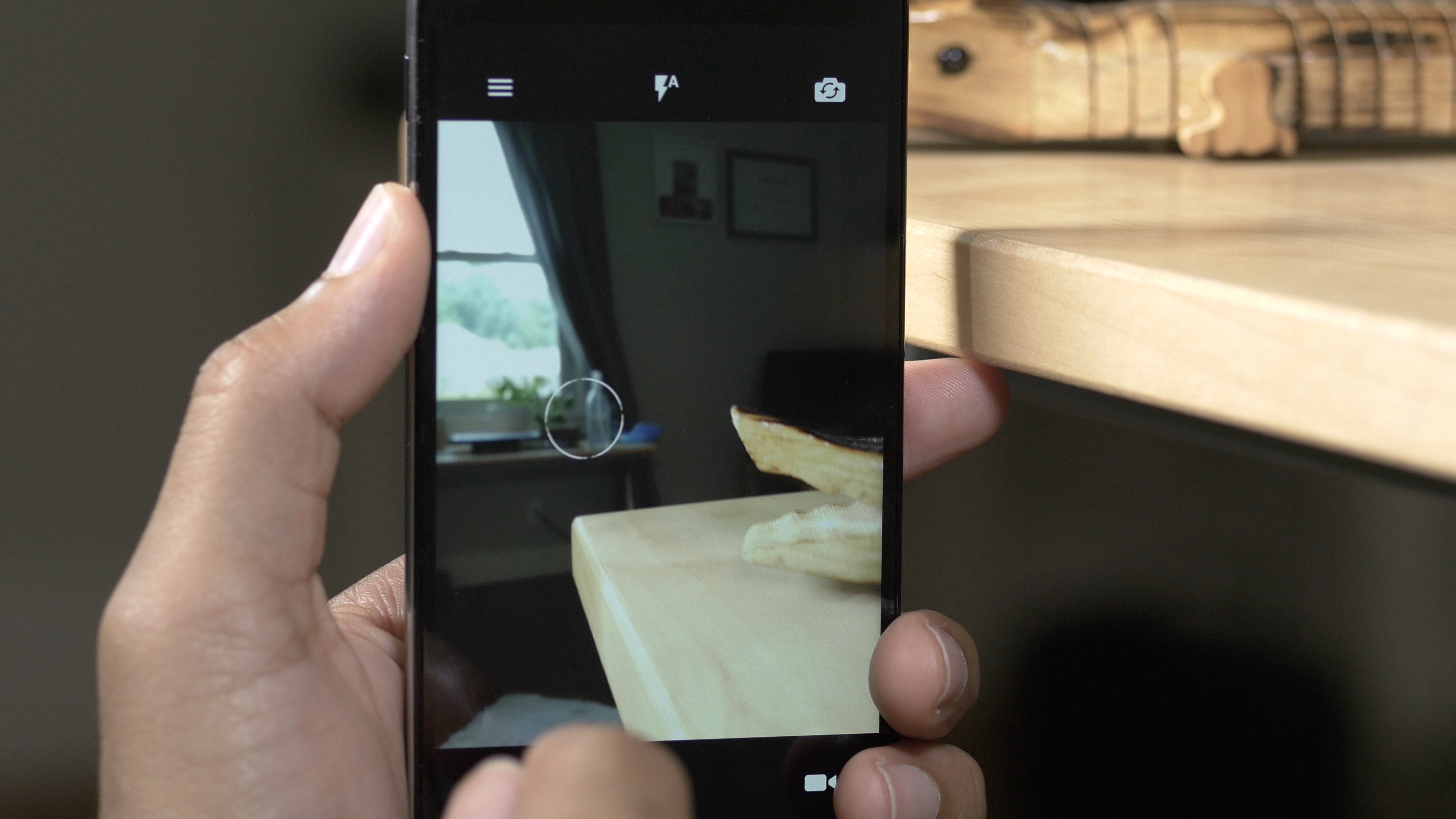 The primary camera’s sensor is a Sony IMX214 f/2 sensor, and while it’s definitely decent, those of you spoiled by the low light performance of the recent flagships may come away a bit disappointed. I know that I’ve personally been spoiled by the low light capabilities of several recent phones, most notably the LG G4. I guess what I’m trying to say is that the Idol 3’s camera quality is good, especially for $249.99, but expect average to slightly above average photo quality.

As I mentioned at the outset, the Alcatel OneTouch Idol 3 includes a special feature that I’ve never seen before in a smartphone. Perhaps another phone has done this before, but I’ve never seen it done personally. The Idol 3 is reversible, meaning that you can use it right-side-up or upside-down. This is possible due to the fact that Alcatel has included a speaker and microphone on both ends of the phone.

Both end of the Idol 3 look almost identical, so at first glance it’s difficult to discern which end is truly the top and which one is the bottom. This encourages users to just pick up the phone and start using it, instead of worrying if it’s oriented correctly. 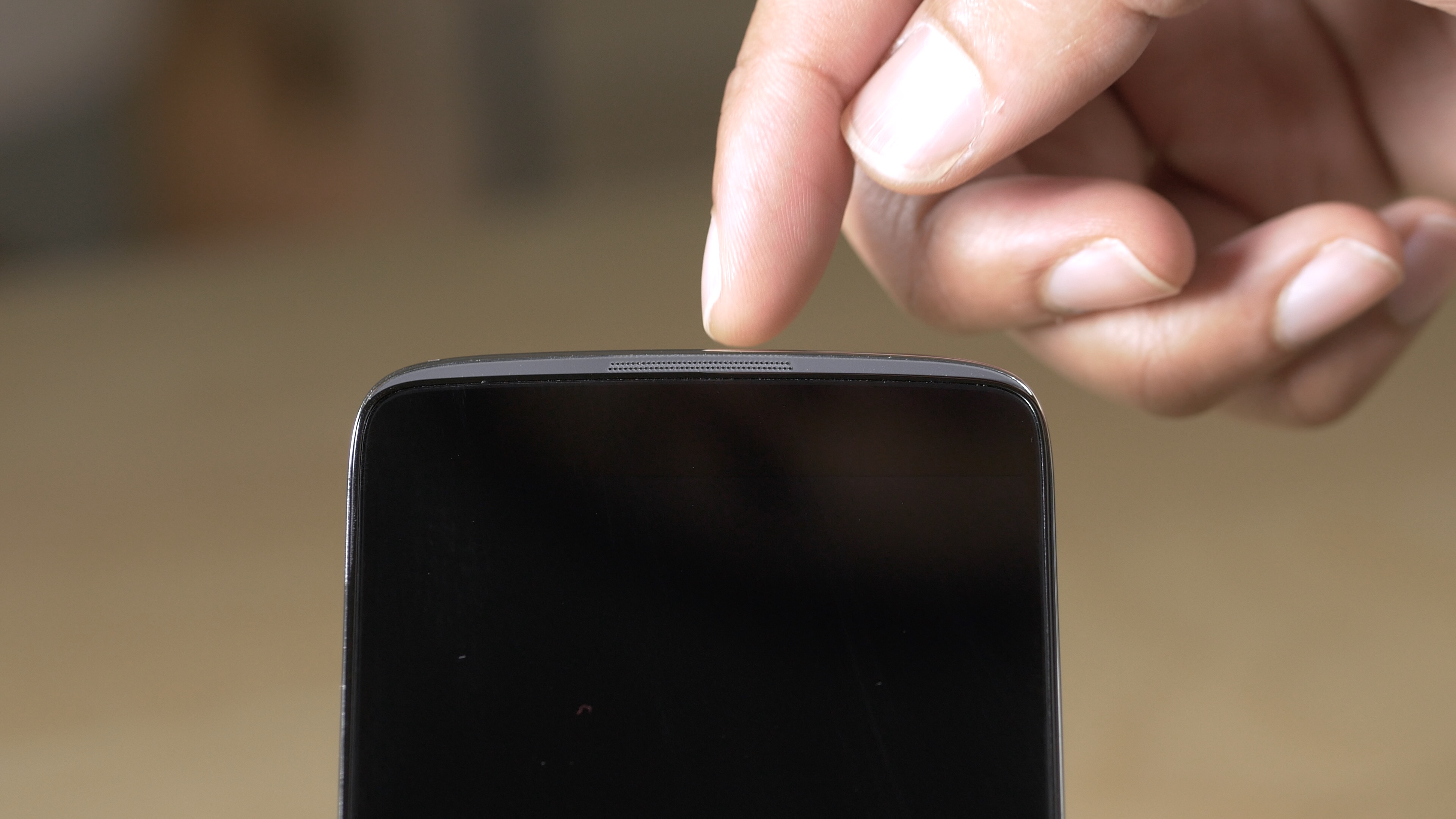 When using apps, the Idol 3 will automatically orient itself in the right direction, no matter if it’s upside down or right-side-up. The animation that occurs when switching orientation does take a second to properly orient the screen, which may annoy some. That said, I think it’s generally fast enough that it won’t present a major pain point.

We’re all used to Android OEMs being heavy-handed when it comes to custom branding and custom apps. Instead of just providing users with a pure Android experience, OEMs feel compelled to inundate devices with skins to make their devices stand out. This generally ends up backfiring, as the bolted-on software is usually inferior to the stock Google apps that it intends to supplant.

General speaking, I think that Alcatel does a decent job in this area. Yes, they provide an alternative browser and email client—both of which aren’t as good as the Chrome or Gmail apps, but it doesn’t feel like an over the top heavy-handed approach. Yes, there are custom icons, and apps included with the Idol 3, but I quite like the icons, and some of the apps and shortcuts, particularly those on the lock screen, are fairly useful. 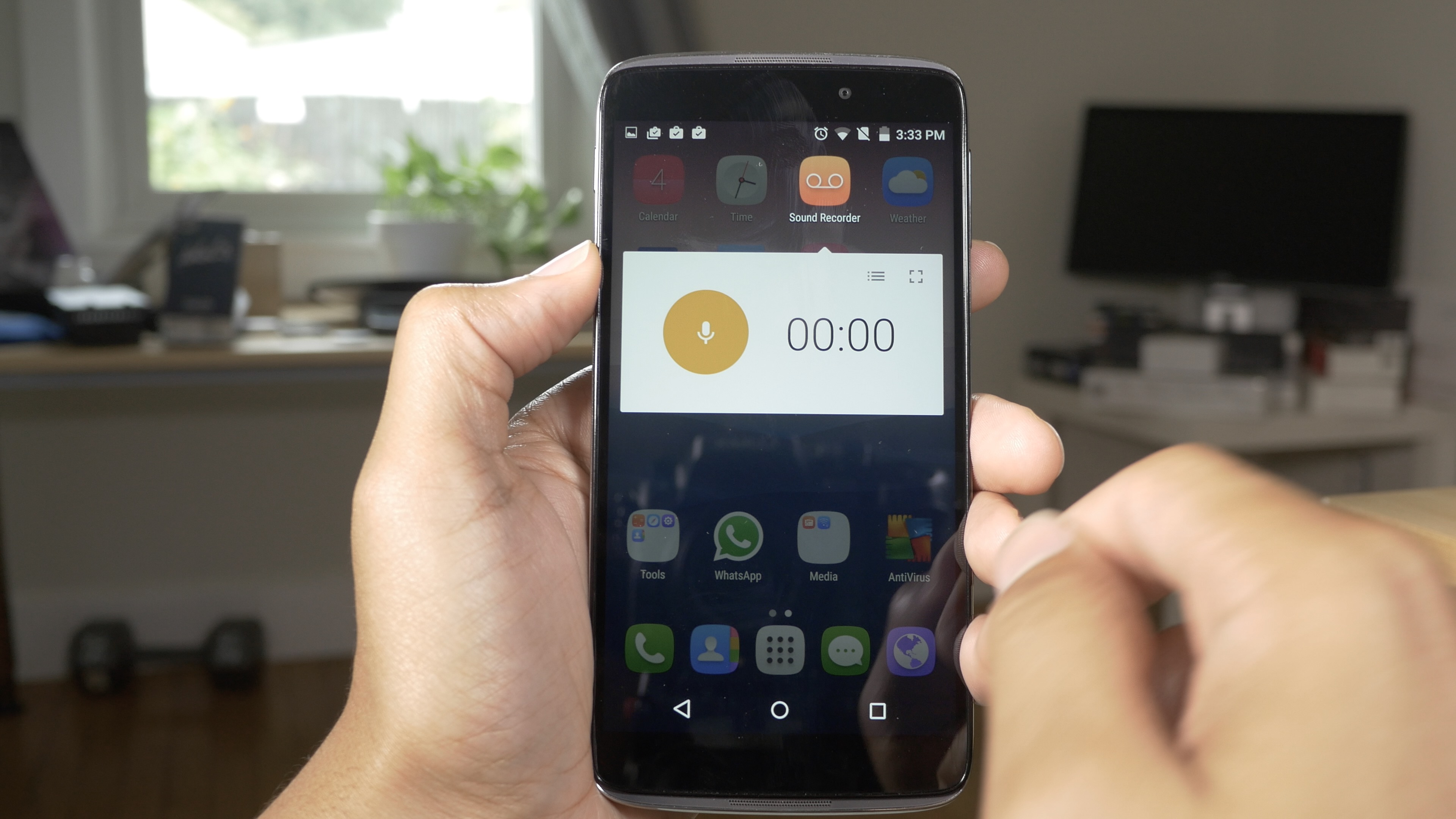 For example, there’s a quick QR code reading shortcut on the lock screen, along with a shortcut for quickly adding contacts. These are both useful features that wouldn’t otherwise be found on a stock Android lock screen.

And then you have apps and tools like Sound Recorder, which quickly opens up on the home screen in a nicely animated widget style, without actually being a widget that’s always present on screen. Speaking of animations, I highly enjoyed the folder animations that appear when opening and closing folders. Watch the video embedded above to see what I mean.

Overall, Alcatel’s signature touch on the interface feels pretty good. Although most of you will want to at least replace the browser with Chrome and the email app with Gmail, there’s some definite usefulness to find with the Idol 3’s custom software.

If I were going to recommend the Idol 3 to anyone, it would be music lovers. This phone, with its dual stereo front-facing speakers, has great sound. The ear buds, too, sound good, but as I stated earlier, this style of ear buds isn’t for everyone. But if you love to hear low end bass, you’re going to enjoy these buds.

The Idol 3 includes expandable storage by means of an SD Card slot, so if you like to take your entire music library with you on the go, that’s entirely possible by simply loading it all on a large SD Card. 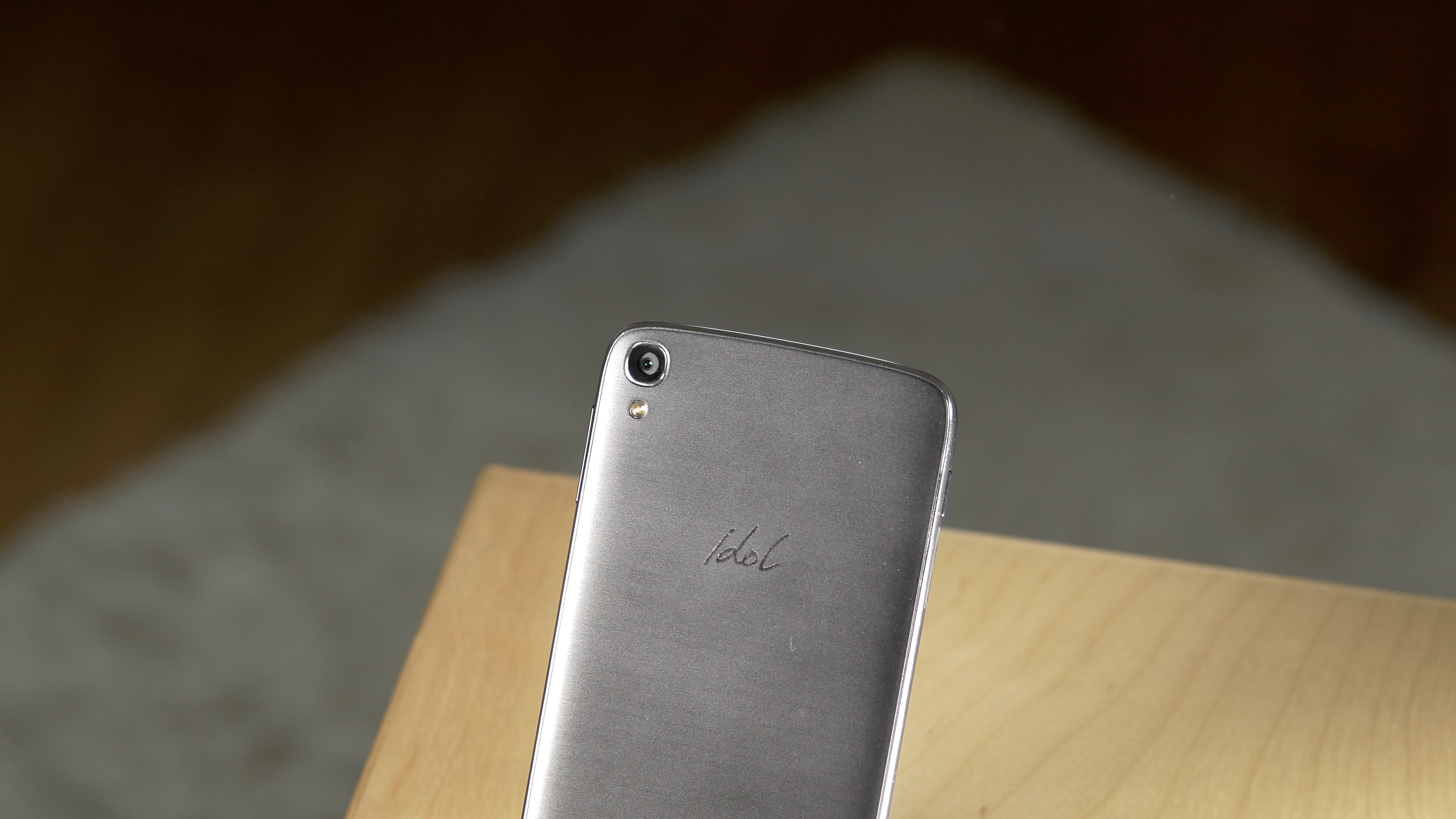 Something that I haven’t mentioned thus far is the inclusion of an FM radio app. I know that other phones have done this in the past, but this is my first time using a phone that had such a feature, and I am surprised to say that I kind of liked it. I rarely listen to terrestrial radio, but having such a feature in a phone might be enough for me to give the radio a chance every now and then.

This is a budget smartphone that’s not going to blow you away in any particular area outside of sound quality. But its a very solid phone that’s a good value at only $249.99 unlocked. Like I noted during my Moto G review, if you’re looking to test the Android waters, or just need a secondary smartphone, then the Idol 3 would make a solid choice.