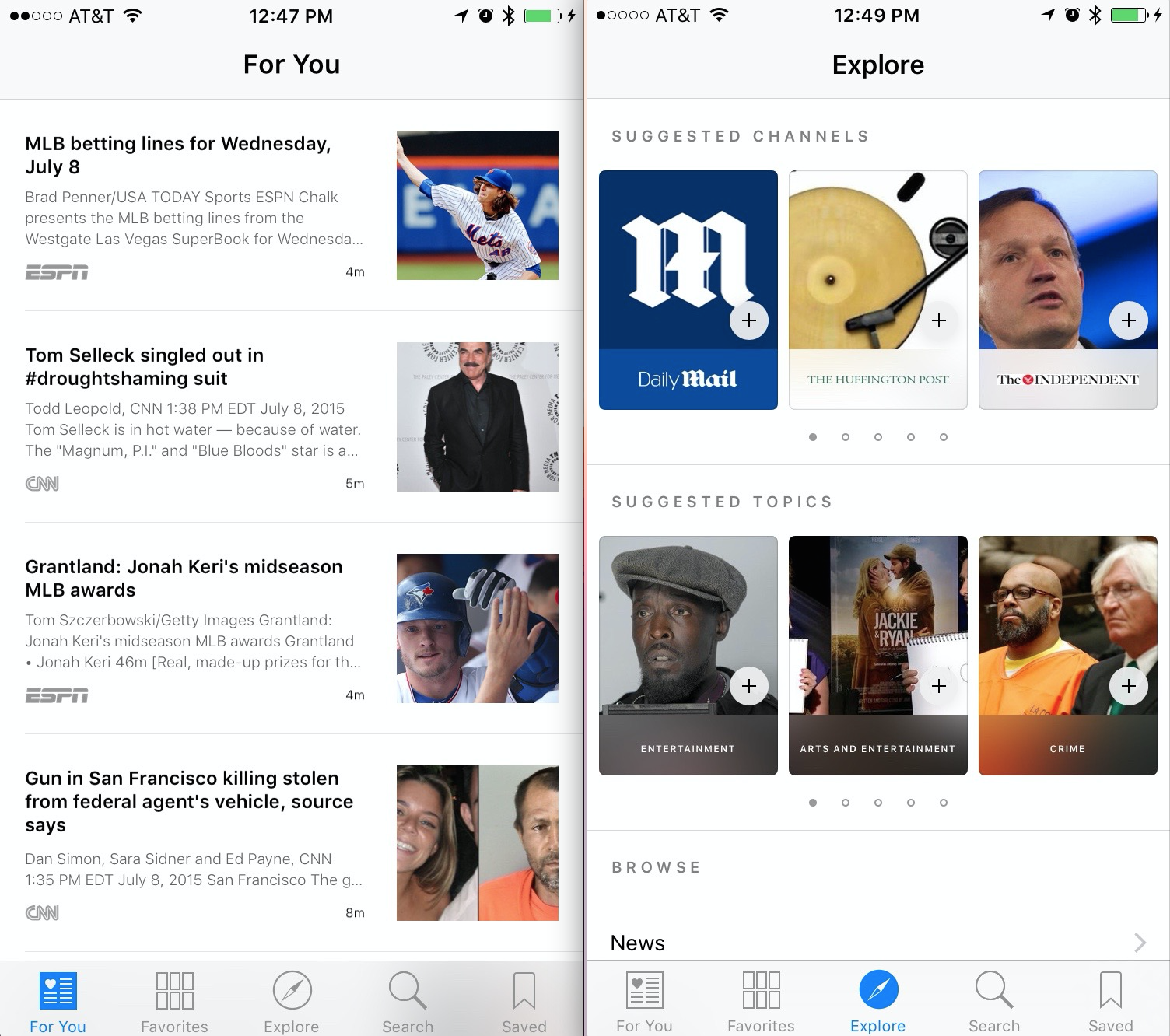 Apple’s upcoming News app will feature content from more than 50 publishers, reports Recode. That’s up significantly from the 18 it had commitments from in June, when the app was introduced, suggesting that Apple has been busy these last few months promoting the new platform.

For those that missed the WWDC unveiling, the News app is a Flipboard-like application coming to iPhones and iPads in iOS 9. The goal of the app is to present users with curated news stories and other interesting content through a beautiful UI that makes the experience more enjoyable.

Here’s a demo of how content may look in the News app, via Conde Nast Traveler:

Publishers are interested in the platform for a few reasons. One is Apple’s distribution—hundreds of millions of devices will have the News app installed by default. Another is the terms Apple is offering: keep 100% of the revenue for ads you sell and 70% for those it backfills, for a flat fee.

This model provides a safe-haven of sorts for publishers worried about the arrival of iOS 9 and its support for ad blockers. The update will, for the first time, allow developers to create apps that block advertisements while browsing the web. In fact, some are already available for iOS 9 beta.

There’s no word on when a public version of the News app will become available, but it should land alongside iOS 9. We don’t have an exact launch date for iOS 9 either, but with Apple’s iPhone event coming up next Wednesday, it seems likely that we’ll see it within the next few weeks.