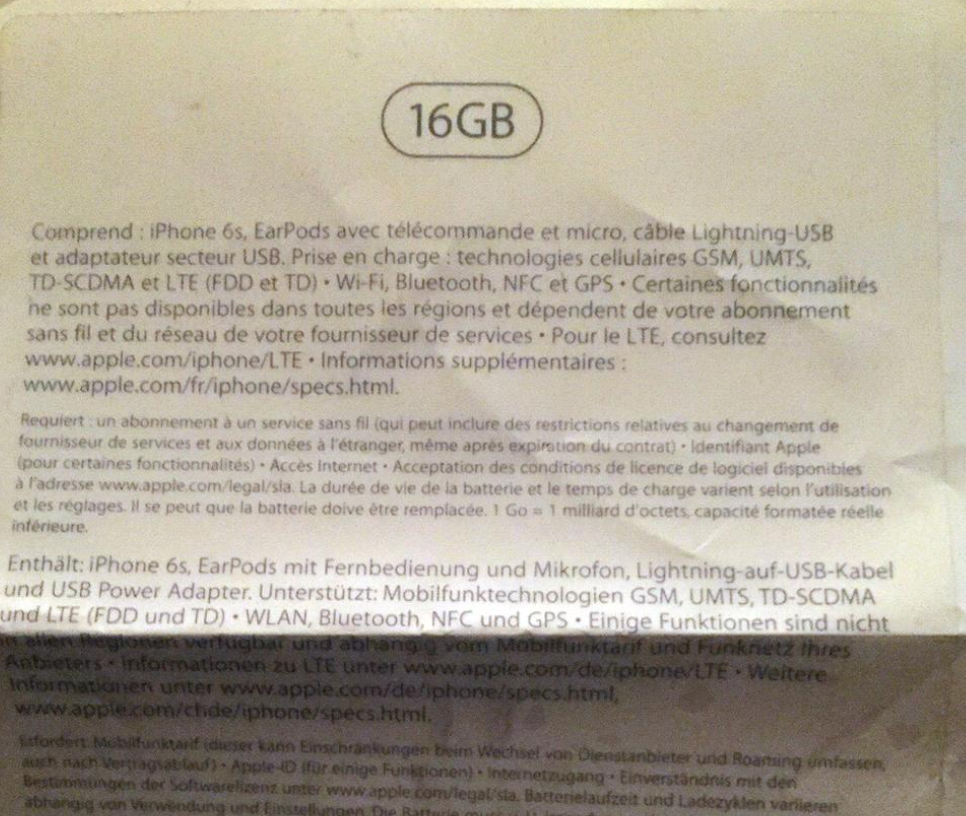 Despite rumors that Apple would finally be dropping its anemic 16GB model for the next iPhone refresh, a new leak from well-respected leaker Steve Hemmerstoffer is suggesting otherwise.

Hemmerstoffer, who is no stranger to leaking details about upcoming mobile devices, posted a photo of the sticker that normally resides on the back of an iPhone’s box. As you’re probably aware of, the stickers glued to the back of the box are what provide statistical details relating to storage size, network compatibility, etc.

If this leak is true—and I’ve seen nothing to make me believe otherwise—there’s going to be some disappointed people come September 9th.

There has been lot of controversy about Apple continuing to sell a 16GB model, because 16GB in today’s day and age is barely enough to get by. In fact, Apple has had to make changes to the way iOS updates are handled just to cater to the paltry size of its low-end iPhone models. If that doesn’t tell you that there’s a problem, then I don’t know what will.

Rumors have suggested that Apple would be ridding the iPhone line of the low-end 16GB model for this next refresh, but this leak is evidence that that’s not the case, at least with the iPhone 6s. As far as the iPhone 6s Plus goes, it could potentially disembark from the status quo, but until we see evidence of that I remain skeptical, especially amid this leak.

What do you think? Will Apple continue to sell a 16GB model for its next iPhone?