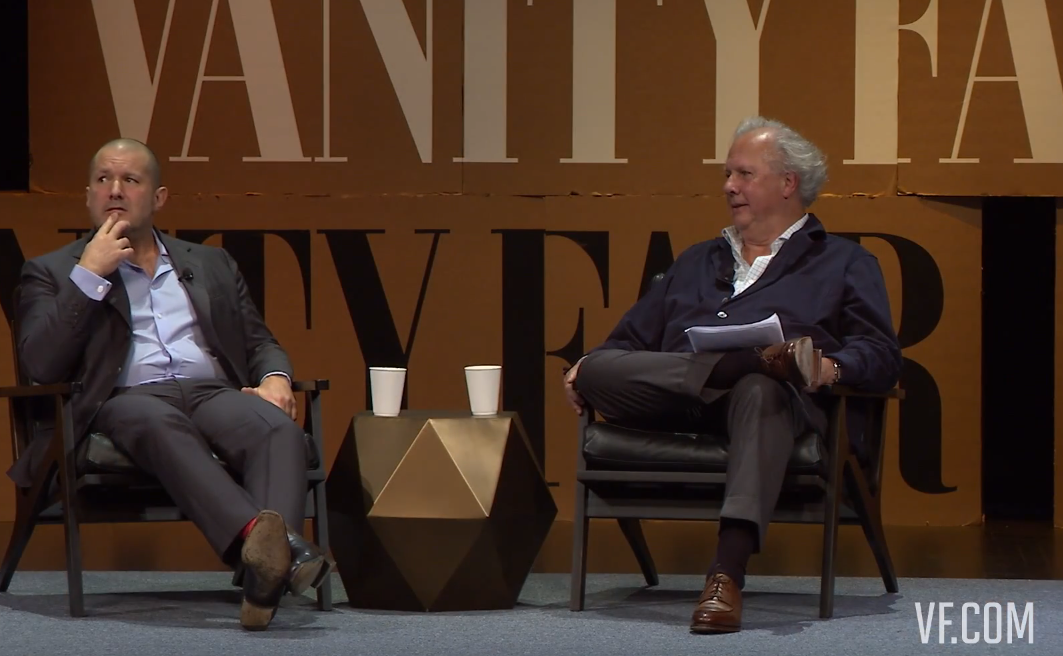 Apple’s chief of design Jony Ive and Beats co-founder Jimmy Iovine are set to speak at an upcoming Vanity Fair event. The publication just announced that the pair will join a cornucopia of tech and entertainment luminaries at its New Establishment Summit in October.

Ive spoke at last year’s VF New Establishment Summit, touching on a number of interesting topics such as his design process, relationship with Steve Jobs and thoughts on copycats. So we’re anxious to see what he has to say when this year’s event kicks off on October 5th.

The entire event should be good, given that the list of speakers features some of the top names from the tech industry. Just to name a few, there is Facebook’s Mark Zuckerberg, Tesla’s Elon Musk, Kevin Systrom of Instagram, and Snapchat co-founder and CEO Evan Spiegel.

Steve Jobs biographer Walter Isaacson is also scheduled to talk, as is new Star Wars director J.J. Abrams and HBO chief Bill Simmons. The event runs from October 5 through 7 at the Yerba Buena Center for the Arts in San Francisco, and of course we will have recaps for you.