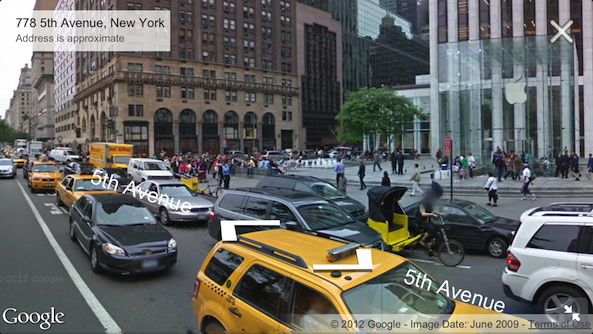 Two months ago, Google hinted it was readying a brand new mobile application called Street View. The app was designed to provide easy access to your photo spheres and those from Google and other contributors. Today, the Internet giant sent an email blast confirming that the native Street View for iOS app is coming in early-September.

The search company did not share detailed information about the upcoming software, but we’ve been able to glean a few tidbits. For starters, the Street View app will replace Google’s Photo Sphere Camera mobile app for iOS and Android. More important than that, Street View will be capable of linking to a dedicated spherical camera hardware.

“For the first time, in one new app, your profile and photo spheres will be presented alongside those from Google and other contributors, creating a unified Street View gallery designed to bring more visibility to you and your work,“ Google Maps team said in a Google+ post two months ago.

In addition to these changes, the business-facing Google Maps | Business View platform will be rebranded as “Street View | Trusted,” with many of its stringent policies eased to allow easier enrollment, simpler publishing and more reliable editing.

Google recently started decoupling its failed Google+ social network from the rest of its services, including YouTube and Gmail. As for its mobile Maps application, the iOS edition of the app recently picked up interesting new features such as revamped public transport directions with alternate routes and real-time data about your arrival time and a “Your Timeline” feature for revisiting any place you’ve been on a given day, month or year, to mention just a few.