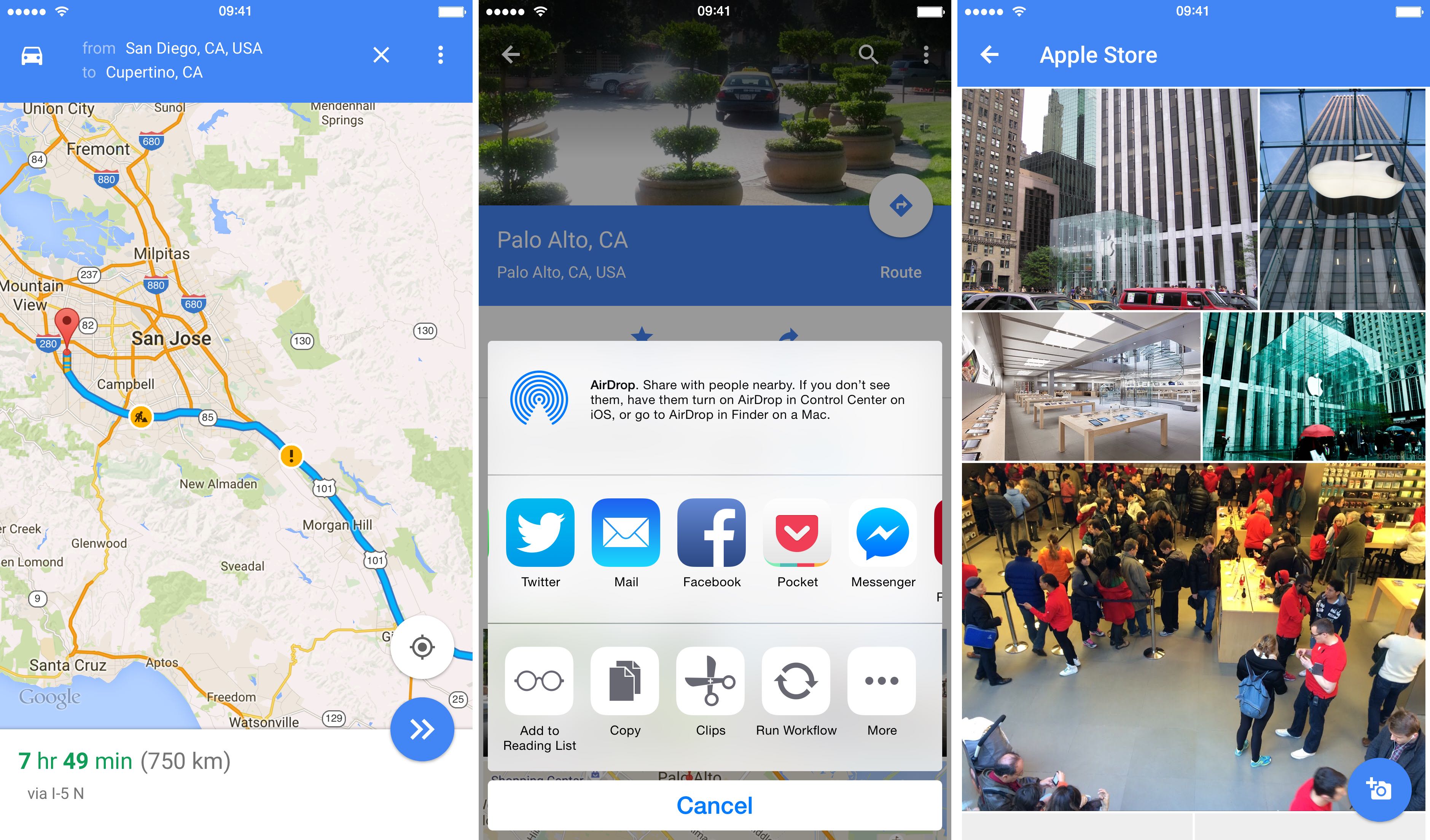 Google Maps for iOS has been refreshed in the App Store with a trio of useful new features ahead of a brand new native Street View for iOS app due in mid-August.

Newly added sharing features include options to post Google Maps locations to Facebook and send map URLs to your Facebook Messenger friends. There’s also a brand new image gallery which presents various photos of a location in a grid view.

Real-time information about arrival times, which went live in Google Maps for Android about a month ago, is now available to iOS customers. Google Maps will even alert you if a business will be closed by the time you arrive.

A month ago, Google announced its imagery products will be streamlined soon, with their pro photographer tools and the Street View brand bringing out some rather interesting enhancements come this August.

For starters, the Photo Sphere Camera iOS app will be replaced by a new native Street View for iOS app which will present your own profile and photo spheres alongside those from Google and other contributors.

In addition, Street View for iOS will support Google’s photo sphere camera mode and will link to spherical cameras, including the NCTech iris360 and the Giroptic 360cam.

In mid-August, you’ll be able to upload photo spheres directly from the Google Maps website. Later in the year, Google will enable a more automated solution for creating connections between photo spheres and your Views profile.

Images from your Views profile, including those that have not been approved for Google Maps, will continue to be hosted on Google+. “All of your existing, Maps-approved photos, photo spheres and constellations will continue to be visible — and deletable — through the Google Maps website,” said the Internet giant.

The 28.8-megaybyte download requires an iPhone, iPod touch or iPad with iOS 7.0 or later and is optimized for the native display resolution of the iPhone 5/5s/5c, iPhone 6 and iPhone 6 Plus devices.