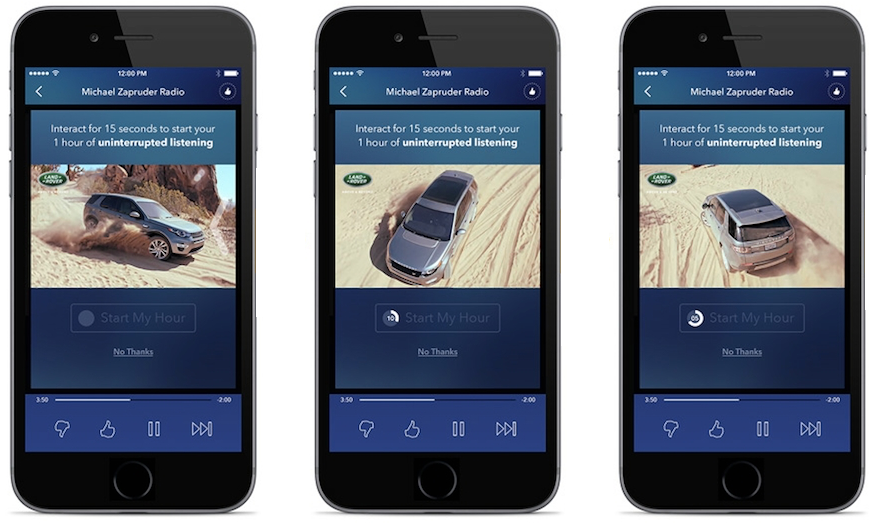 If you interact with a rich ad on Pandora for at least fifteen seconds, the Internet radio service will reward you with an hour of uninterrupted listening free of advertising, the company announced in a blog post Monday.

They’re calling it Sponsored Listening and it’s available now to all advertisers, meaning this feature will be available on a per-ad basis.

After experimenting with Sponsored Listening in September of last year, Pandora saw some rather positive feedback from its beta testers which apparently produced “a measurable return on investment for advertisers.”

Pictured above and below: Sponsored Listening’s interactive 360-degree product views on Pandora. 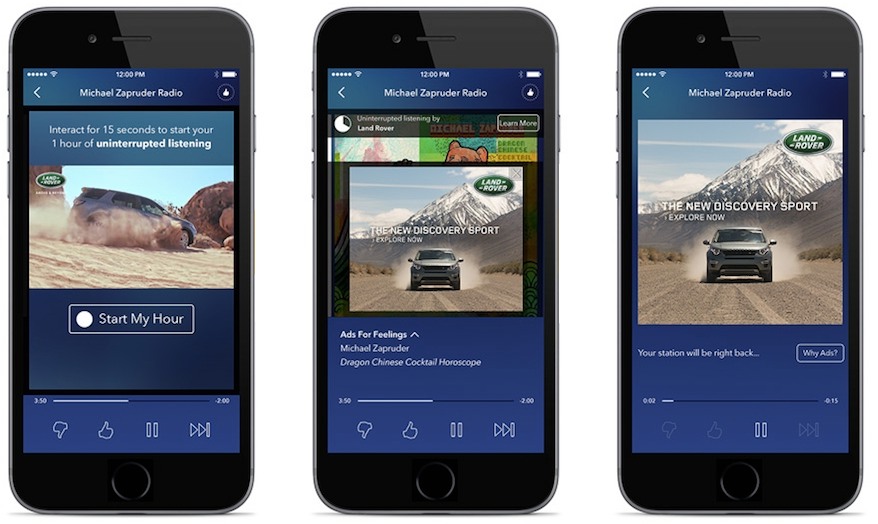 After you engage with a brand’s video or rich media unit for fifteen seconds, Pandora will automatically reward you with an hour of uninterrupted listening.

The company claims that Sponsored Listening resulted in a twelve percent lift in brand awareness and a cool thirty percent increase in purchase intent for advertisers during the beta period.

Details on Sponsored Listening and ad units available to advertisers are available on Pandora’s website.

Pandora’s iOS app is a free download from the App Store.