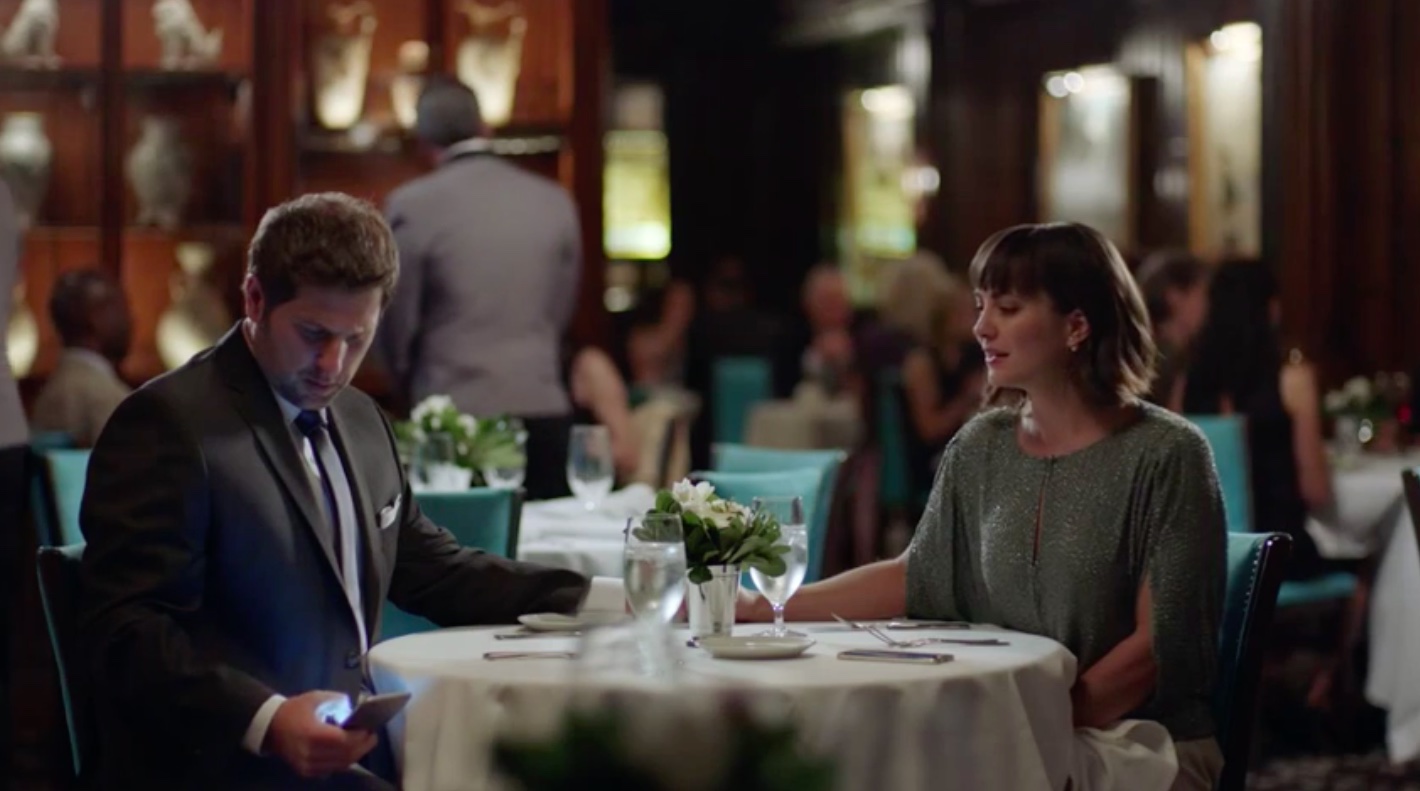 Samsung’s marketing department has admittedly become very skilled at the craft of Apple-bashing, always eager to find an interesting new angle to discredit the iPhone.

Forget about wall-huggers—Samsung’s latest television commercial for the Galaxy S6 Edge flagship attempts to diss those who would use an iPhone, likening them to “a nation of checkers.”

You know the type.

Those rude people that destroy your moviegoing experience by checking out their email and ruin your dinner by constantly glancing at their iPhone screen under the table.

The snarky 30-second commercial highlights features of the Galaxy S6 Edge like Information Stream and Night Clock Mode which Samsung designed to render nuggets of information on the side of the phone’s curved screen such as texts, news, sports, weather, Twitter, email and more.

Although it’s been aggressively advertising the curved-screen Galaxy S6 Edge, Samsung has grossly miscalculated demand for the Galaxy S6 versus Galaxy S6 Edge, causing it to issue another quarterly revenue and profit decline guidance.

For what it’s worth, when iOS 9 comes out this fall users will gain an interesting new feature which taps the iPhone’s proximity sensor to shut off its display when notifications hit and the phone is lying with its face down.

A week ago, another Samsung ad spoofed the iPhone over its lack of wireless charging and sub-par front-facing FaceTime camera.

Consumer Reports, an influential U.S. magazine that publishes reviews and comparisons of consumer products, wouldn’t recommend the Galaxy S6 over latest iPhones because it’s ditched the microSD card slot, the removable battery and the IP 67 dust and water resistance rating.

The Wall Street Journal reported today that Samsung could move up its Galaxy Note 5 launch to August in hopes of beating the new iPhone hype in September.