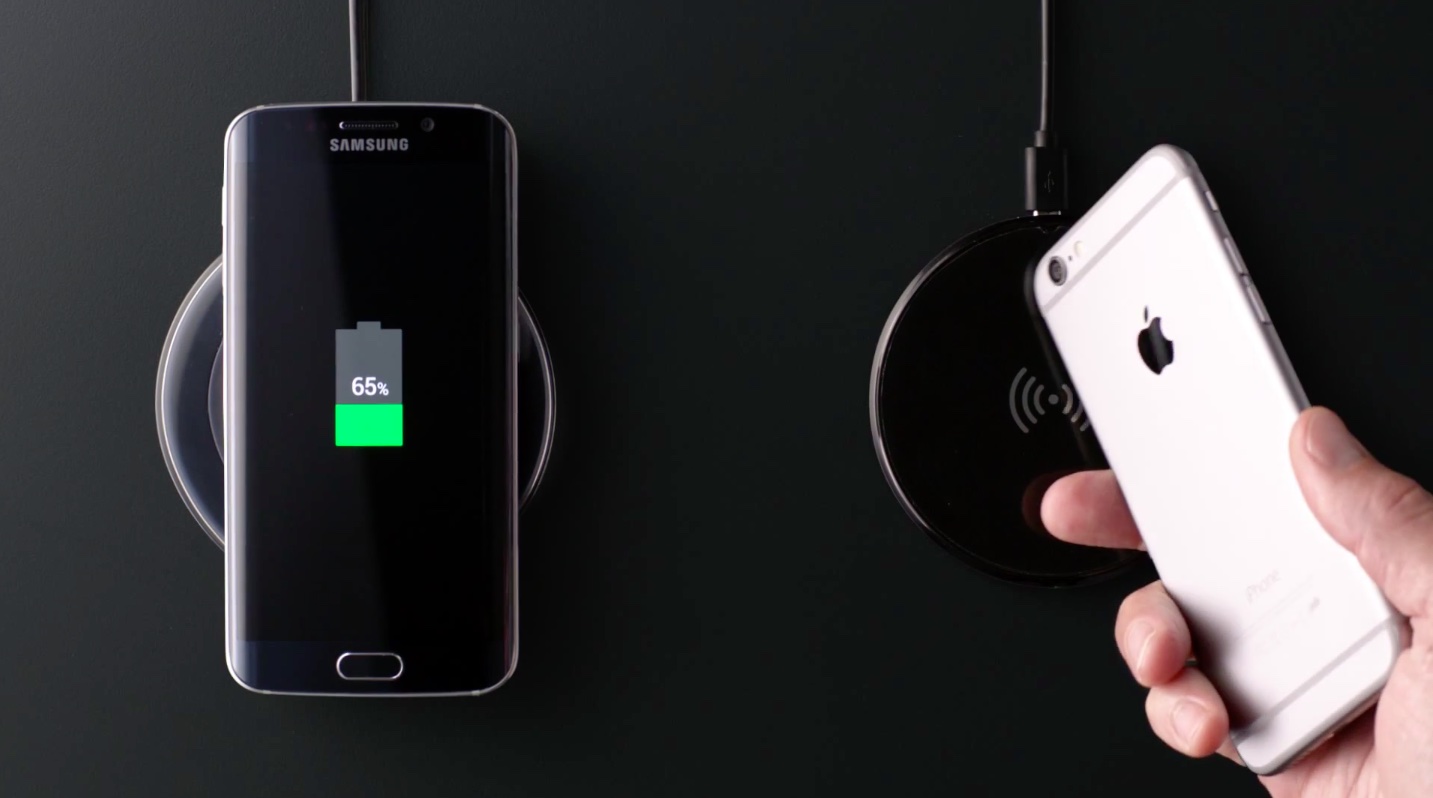 In a pair of new television commercials, Samsung is back at what it does best: bashing Apple’s iPhone. Promoted under the tagline “six is greater than six,” the 30-second videos highlight three features of Samsung’s Galaxy S6 and Galaxy S6 Edge: wireless charging, a wider-angle lens on the selfie camera out the front and a curved screen which displays tidbits of information across the edges of Samsung phones.

I’ve included both ads for your viewing pleasure.

The latest Samsung device comes outfitted with built-in wireless charging capabilities. “The iPhone 6—not so much,” proclaims the voiceover.

The ad proceeds to take us on a quick tour of the Galaxy’s front-facing camera which takes wide-angle selfies “that fit everybody,“ as opposed to the iPhone 6’s camera which “just cut off nana”.

The other ad touts the Galaxy S6 Edge’s curved screen that can displays colors when your favorite contacts call. “The iPhone 6 displays nothing, but it has a vibrate function,” the ad remarks sarcastically.

The edge of the Samsung smartphone displays various bits of information when the phone is lying face down on a table, such as texts, news, sports, weather, Twitter, email and more, “while the edge of this guy has buttons”.

Someone please remind Samsung of their prior iPhone bashing which revolved around the Galaxy’s removable battery and a port for memory cards as these features are nowhere to be seen on their latest flagship.