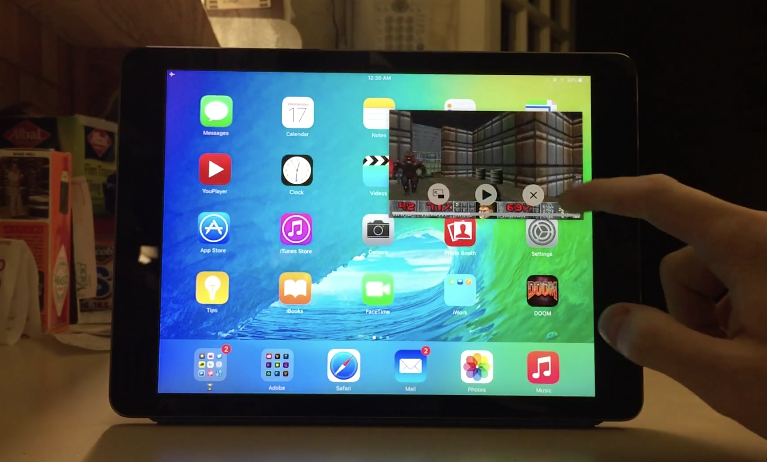 Developer Adam Bell has hacked together a demo of the popular first-person shooter game Doom running on an iPad in iOS 9’s Picture-in-Picture mode. A video shows him opening apps and performing other functions on his iPad, while a demo of Doom runs in a smaller window.

Bell says that his iPad isn’t jailbroken, and he’s not using any kind of process injection. His method involves the use of public developer APIs, which means there’s theoretically nothing stopping devs from implementing this in their apps, although it’s unlikely Apple would approve it.

For those who missed all of the WWDC festivities last week, Apple showed off several new features in iOS 9, including Picture-in-Picture. The functionality, which is for iPad Air 2 only, allows users to view videos and FaceTime calls in a small window while completing other tasks.

Apple released a beta of iOS 9 to developers on June 8, and plans to seed a public beta sometime in July, with an official release coming later in the fall. Other new features in the software include an enhanced keyboard with cursor control, and a much improved Siri and Spotlight.