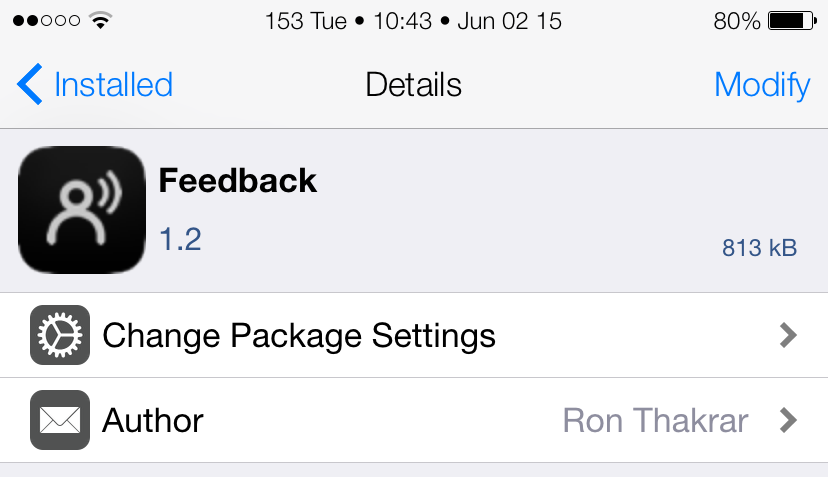 Listening to music on our iPhones is one of the most classic uses for the device. The Music app has been with us since the beginning, in the form of the old iPod app. It has gone through a few iterations and improvements throughout the years, but there is always something that third-party apps are doing differently or better.

Feedback, by Ron Thakrar (@ronthakrar) enables audio and haptic feedback for media controls. It only works when controlling audio playback remotely, like in the Control Center or Lock screen. For example, it doesn’t work within an app itself, when you’re in the Music app and press play or skip track it won’t make any feedback sounds. 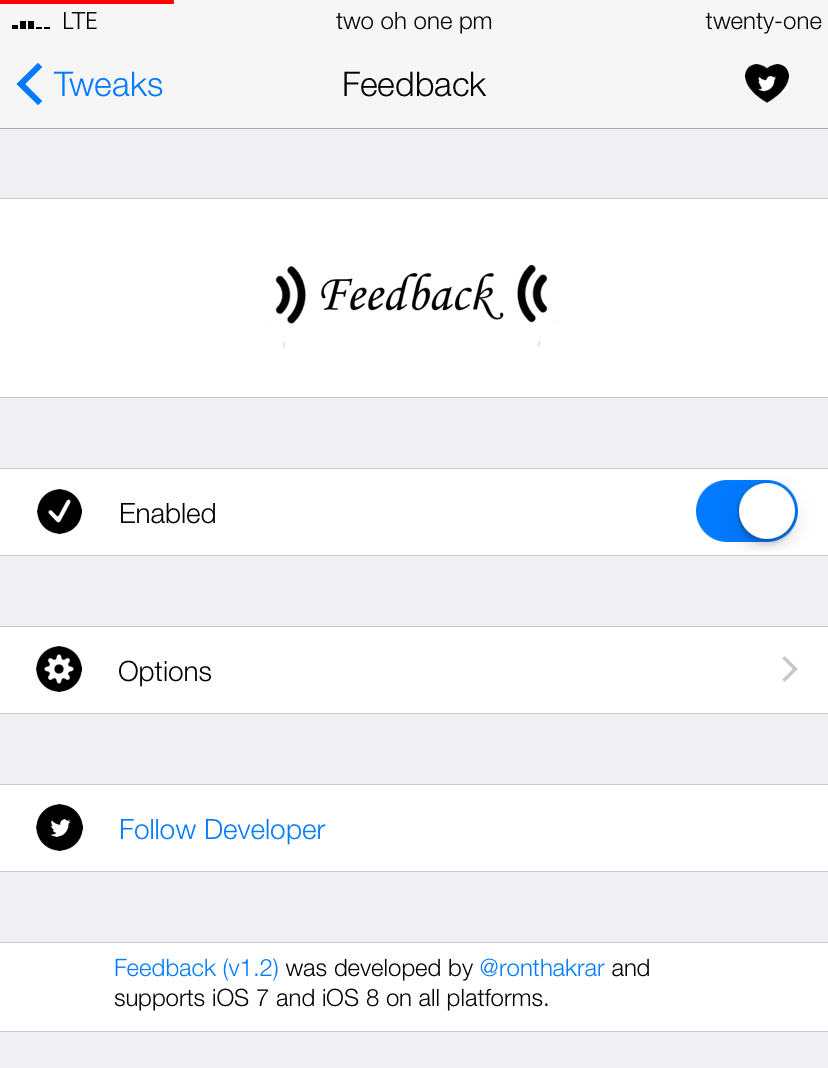 Feedback’s settings pane is pretty straight forward. There’s a switch to enable the tweak at the top, an Options section, and a Follow Developer button, with some information about the tweak under that.

You can also tap the heart in the top right corner to tweet some love for the tweak and developer, if you feel so inclined. I’m not sure who started that, although I’d be willing to bet it was Ryan Petrich for some reason. 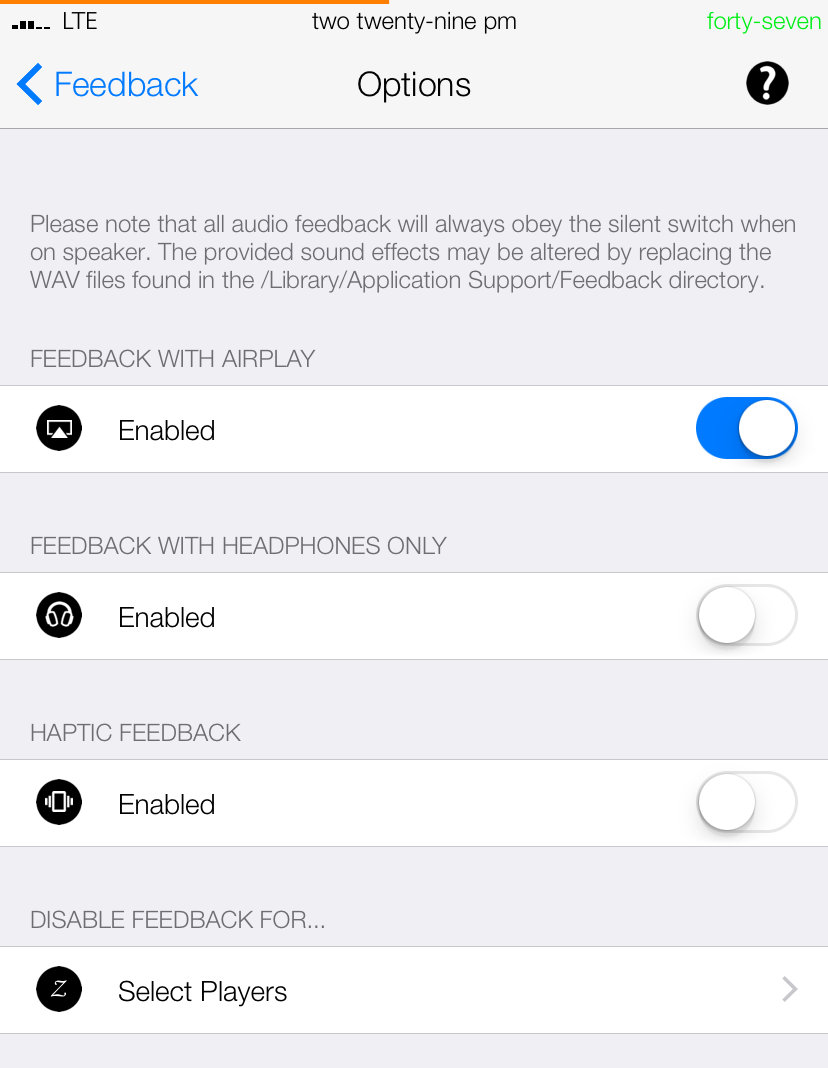 When you head on into the Options pane, you can see there are a few toggles and a ‘Select Players’ button. Here you can enable or disable certain features and then go ahead and blacklist the apps you don’t want it working for.

This is where you you can toggle weather or not you would like to have the sounds coming through whatever Bluetooth device you have your audio streaming through. He’s actually going to reword the section in the next update to better reflect what the setting does. When I read ‘Airplay’, I didn’t initially think that it would also change the setting for all Bluetooth devices as well.

Feedback With Headphones Only

Pretty self explanatory, enabling this makes the feedback only go through your headphones and nothing else.

From my experience, a lot of people seem to be divided on haptic feedback. It’s never shipped with iPhones and you can only enable it with a jailbreak tweak. Enabling it here will provide a slight vibration when pressing the media controls in the Control Center.

Here is the blacklist where you can set which apps have feedback enabled. I haven’t played around too much with it but I can imagine there’s a few apps that it would makes sense to disable it for.

After testing this tweak out for a little while, I can say that I really like it. It doesn’t seem to affect the performance of the device at all, while also adding a neat feature that some apps already have. One thing I did notice that could be improved was the fact that it didn’t work with my Pebble.

When I reached out to the developer he said, “It might be an issue where the audio does play but it’s not heard due to Bluetooth latency effects.” He’s got a friend with a pebble so when he gets a chance he’ll take a look at it but it’s not on the top of his priorities for the tweak.

Feedback can be found on the BigBoss repo for $0.99. Go check it out if you want to spice up the music experience on your iPhone a little bit.