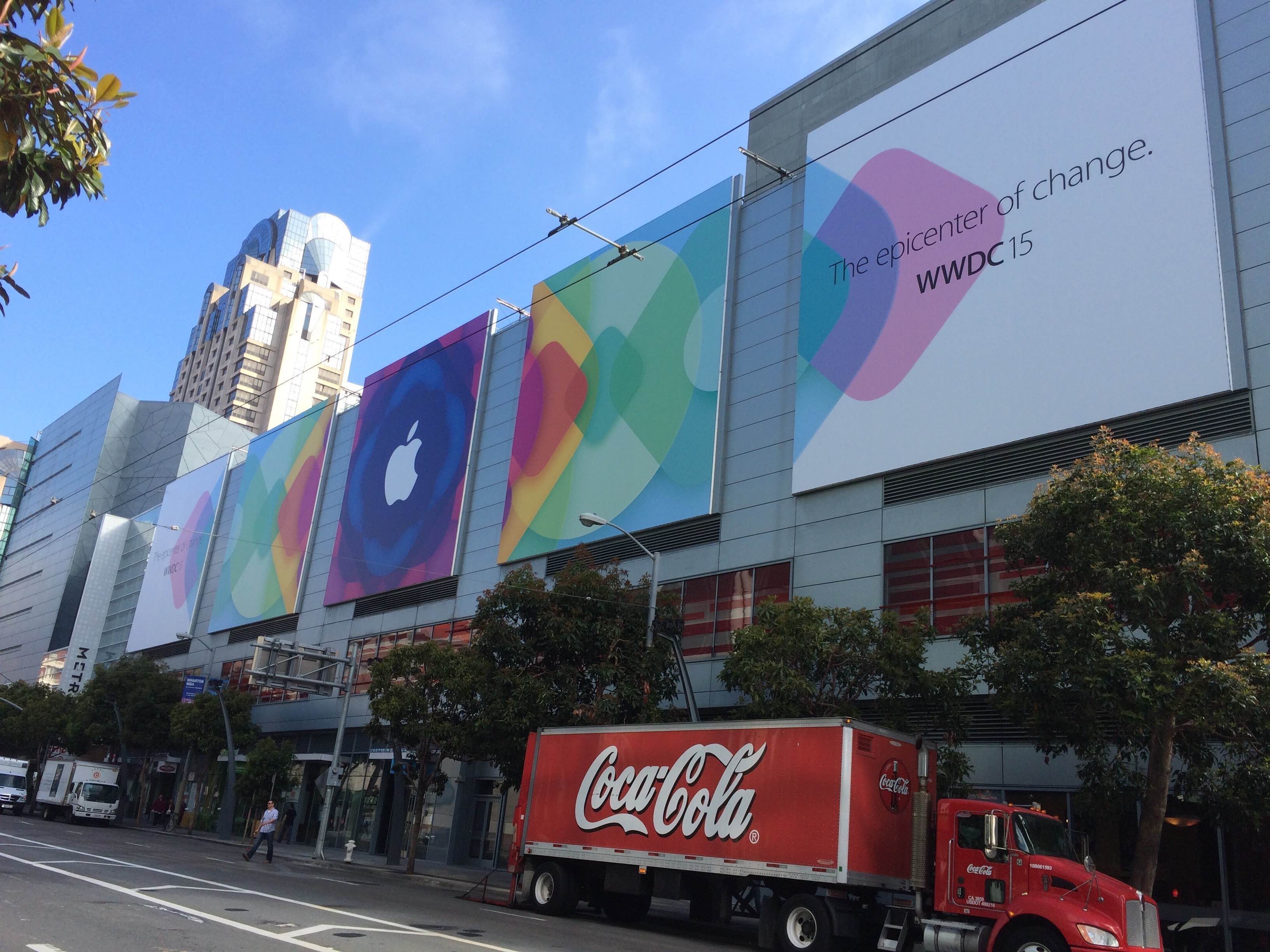 As you know, Apple’s annual Worldwide Developers Conference kicks off tomorrow with a State of the Union-like keynote address. WWDC is the most important event for the Apple community as it gives a sneak peak at how the firm plans to woo app developers in the year.

iDownloadBlog, the biggest name in jailbreaking, doesn’t get invited to Apple events. Not to worry: we’ll be providing a remote live coverage of the two-hour long presentation and following up with related tidbits throughout the day so you don’t miss a thing.

Apple will be providing a live stream through the Apple Events webpage on its website, using the new familiar weblog-like layout.

Although the official live stream is limited to Mac, iPhone, iPod touch, iPad and Apple TV devices, you can enjoy it on other platforms, too. Without further ado, here’s a quick tutorial on what you’ll need to watch the keynote live on both Apple devices and non-Apple platforms like Windows, Linux and Android.

When does WWDC keynote start?

If you’re watching the keynote from the United Kingdom, Beijing, Europe or elsewhere, here’s what times the event goes down in some of the major cities around the world:

Located overseas and your country isn’t on the list?

Don’t you worry, simply use an online timezone service to determine what time 10am PST is in your country.

You can also ask Siri what time it is in Cupertino to figure out how long before the keynote starts. Or, run the “10am pst in LOCAL CITY time” query through Google, replacing “LOCAL CITY” with your city name.

When will WWDC keynote be available for replay?

If Apple’s prior events are anything to go by, a replay stream will be made available through Apple.com shortly after the event has wrapped up, followed by a YouTube version of the keynote a couple hours later.

iDownloadBlog will keep you in the loop and ping you as soon as the keynote replay goes live on Apple.com and on YouTube.

How to watch WWDC keynote live on Mac

Step 1: Open Safari on your Mac.

How to watch WWDC keynote live on iPhone, iPod touch or iPad

Step 1: Launch Safari on your iPhone, iPod touch or iPad.

Tip: Live streaming video requires iOS 6.0 or later and Apple’s Safari browser. Third-party web browsers available in the App Store may not be supported. To update iOS to the latest version available for your device, choose Settings > General > Software Update.

How to watch WWDC keynote live on Apple TV

Tip: Live streaming video via Apple TV requires a second or third-generation Apple TV with software 6.2 or later. If the Apple Events app isn’t updated to feature the WWDC 2015 streaming video, apply the update manually. Go to your device’s Settings, navigate to General and choose Update Software. If a software update is available, a download message should appear.

How to watch WWD keynote live on Windows, Linux and Android

Apple’s live stream is officially supported only on iOS and OS X, but it’s possible to watch the event live on other platforms as well. All you need is the excellent cross-platform VLC media player that can show the live stream on your Windows or Linux PC or an Android-powered device.

Now install VLC on your compatible computer or mobile device.

Step 2: In the Media menu, choose Open Media. This will bring up a dialog box where you can provide a URL of the live stream under the Network tab. 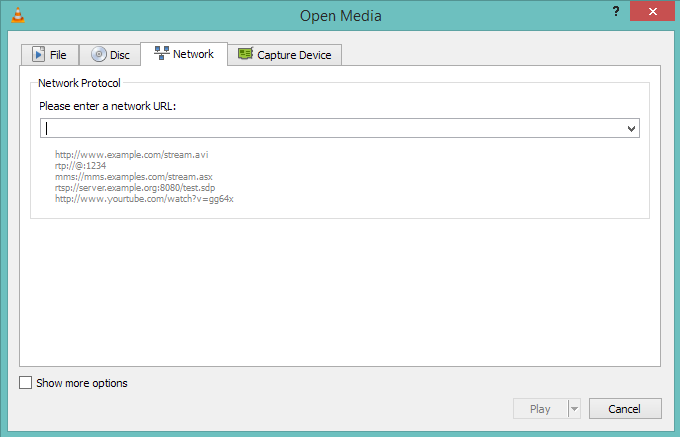 Tip: On Android and iOS, you of course won’t get the same menu names so look for the option that lets you paste in a live stream link.

Step 3: Paste or copy the following link in the field labeled “Please enter a network URL”:

Tip: Keep in mind that the event URL won’t go live until Monday, 10am PST so live video won’t show before the keynote has officially started streaming.

As WWDC is primarily focused on developers, we’re not putting much faith into the possibility of any major hardware announcement during the keynote.

Officially, Apple has promised to give developers an insight into “the future of iOS and OS X” so we’re expecting major news about iOS 9 and OS X 10.11, the next major iterations to Apple’s mobile and desktop operating system.

Unofficially, we have a few ideas of our own what the firm might unveil beyond iOS and OS X. Naturally, another important focus of WWDC should be the Apple Watch and its operating system.

By the way, Watch OS appears to have been rechristened as ‘watchOS’, as evidenced by WWDC banners and the official WWDC app for the iPhone and iPad. 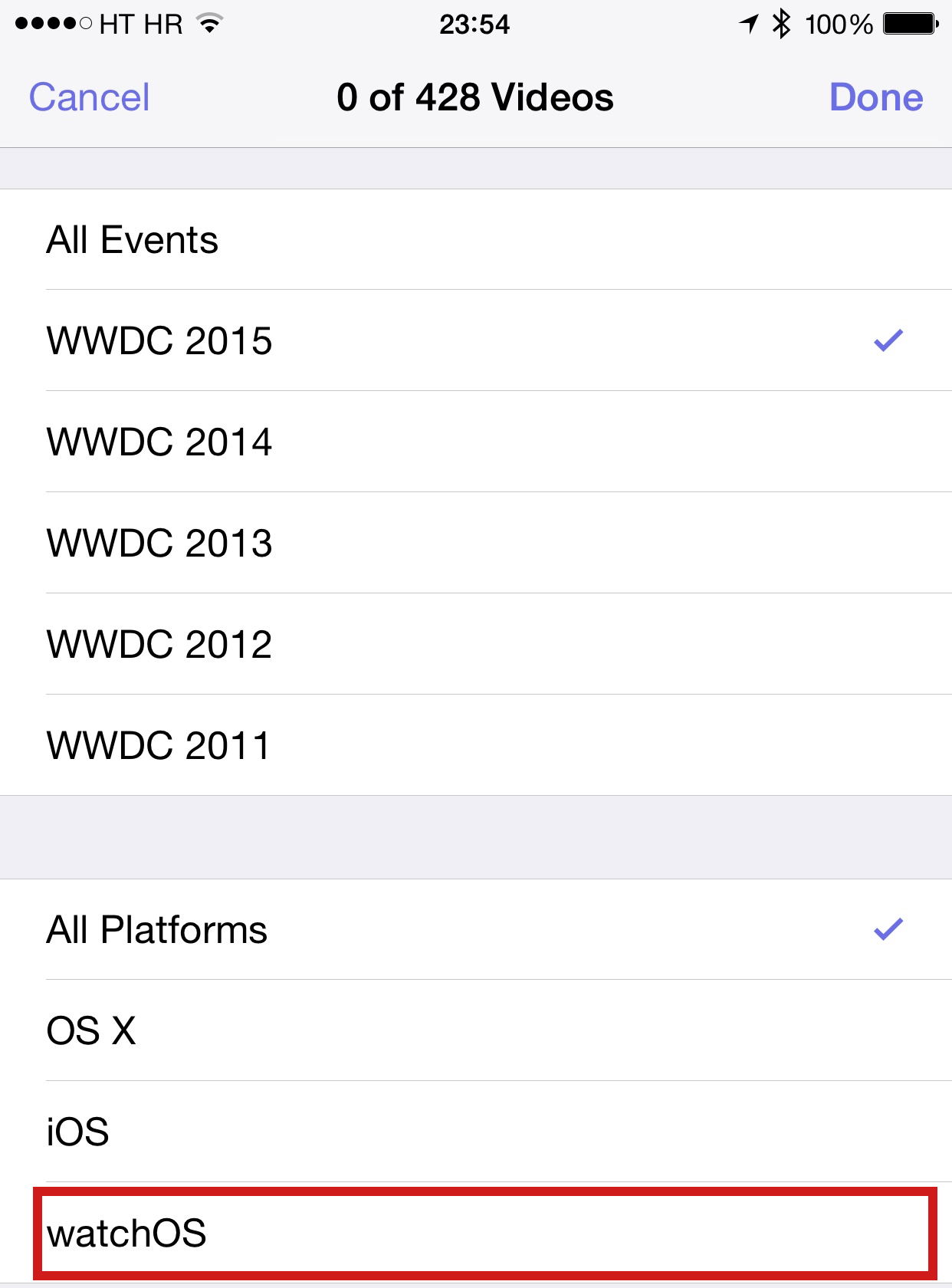 These will run on the device itself and be permitted to tap into its built-in sensors. As native apps are coming in  all, WWDC 2015 is the perfect opportunity to talk about the new software development kit for native Apple Watch development.

We’ll of course be providing full coverage of all the news you need to know before, during and after the event so stay tuned to iDownloadBlog throughout the day.

Image top of post: the WWDC banner on the side of the Metreon building with the event’s “The epicenter of change” tagline. Photo courtesy of MacStories.