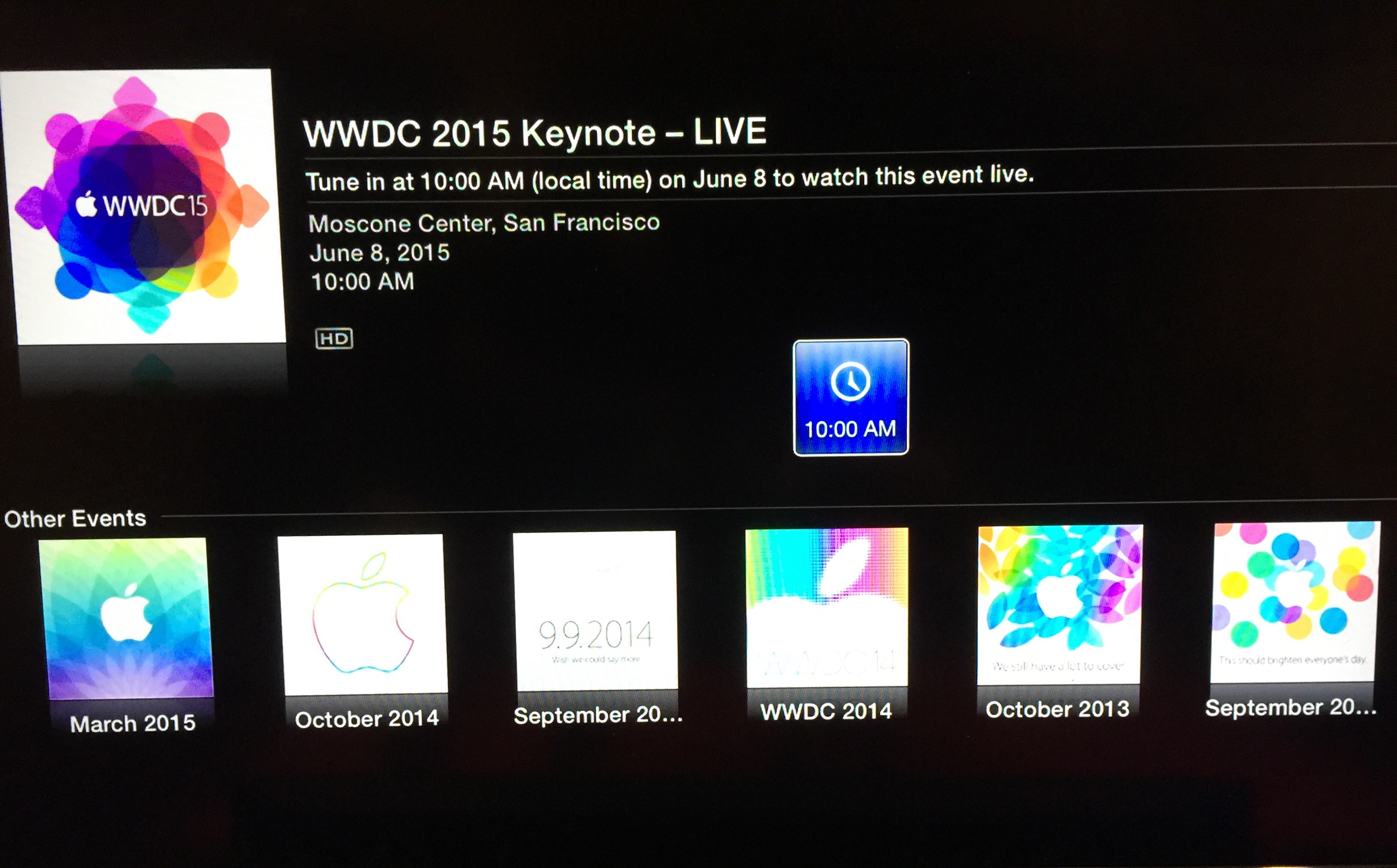 It looks like Apple is going to once again be providing a live stream of its WWDC keynote this year. On Monday the company updated its Events channel on Apple TV with a new program labeled “WWDC 2015 Keynote – LIVE.”

There’s no word on Apple’s website yet regarding streaming to other devices, but the company typically offers live video on both Macs and iOS products via its Safari web browser. It’s set to begin at 10am Pacific Time on June 8.

Apple will likely use the keynote to introduce future versions of iOS and OS X, as it has in the past, highlighting major new features and changes. Following the event, the company usually releases betas of the new software to developers.

Other possible WWDC announcements include a new version of the Apple TV, which hasn’t been refreshed in 3 years, Apple’s new streaming music service, and more. As always, we will be covering the event live right here on iDB.