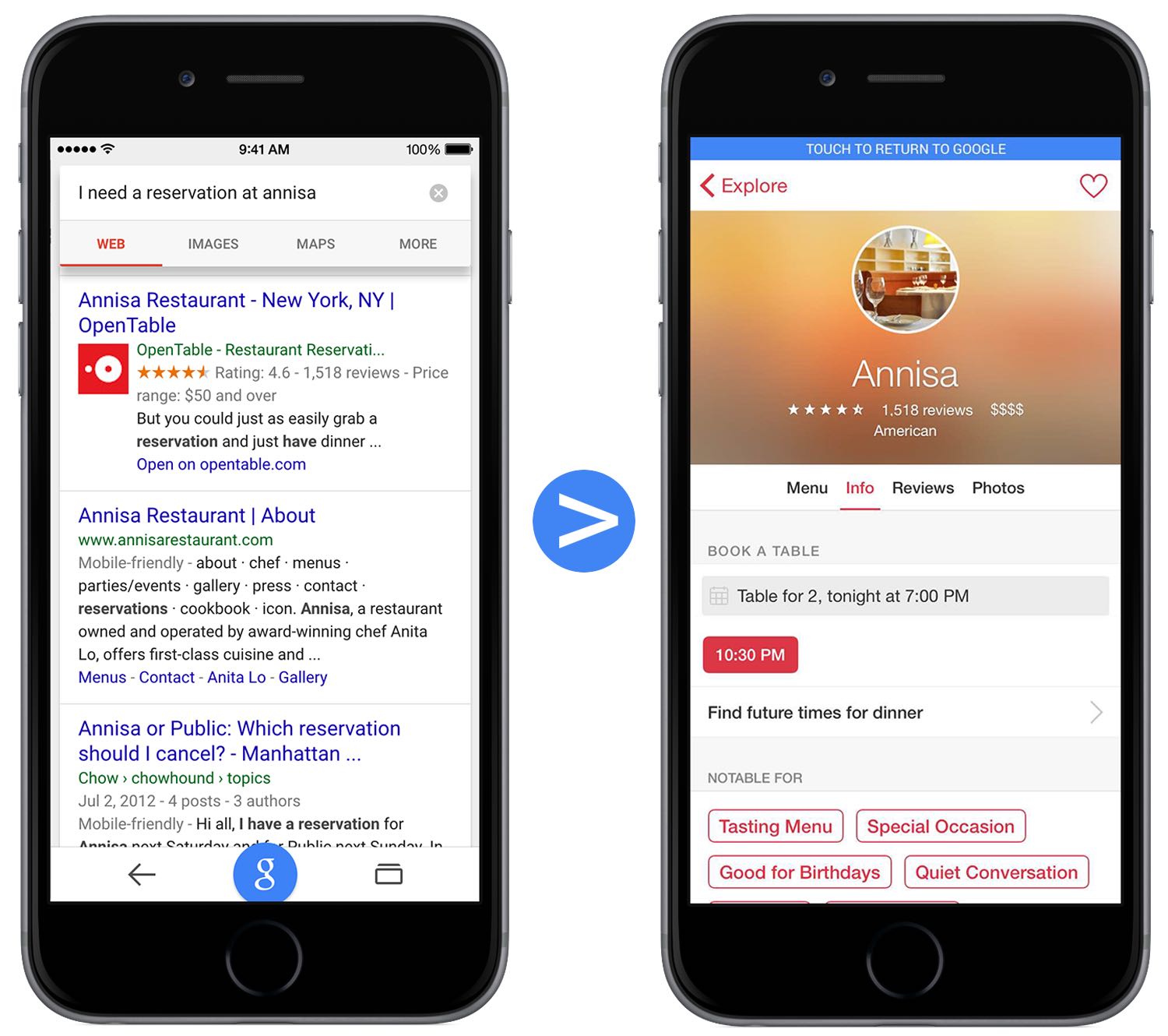 Google has been indexing content from Android apps for a while and now it’s about to help Apple fans discover relevant content from iPhone and iPad applications, right inside search.

“Starting today, we’re bringing App Indexing to iOS apps as well,” the company announced. “This means users on both Android and iOS will be able to open mobile app content straight from Google Search.”

Initially, Google search engine will index links from cherry-picked iPhone and iPad applications before the search giant opens the floodgates for all iOS developers.

Indexed links will being popping up in search results globally in the coming weeks, inside both Google’s Search iOS app and Chrome for iPhone and iPad.

As shown above, tapping a link will launch its corresponding app on your iOS device, if installed, and take you straight to relevant content. The blue bar will persist at the top, letting you return straight to Google search with a single tap.

You will need to be signed in to the Search iOS app or Chrome on your iPhone and iPad to see app links in your search results.

Want to have your iOS app indexed in Google Search?

You will first have to implement deep linking support in your app. You must also ensure it’s possible to return to search results with one click. Finally, you’ll have to provide deep link annotations on your website and register your request with Google.

According to 9to5Mac this morning, Apple will apply increased pressure on Google by announcing a bunch of core improvements in iOS 9, including a brand new initiative dubbed Proactive which should bring Apple’s own take on Google Now to iOS devices.

In addition, the Cupertino firm is believed to be working on augmented reality features for Apple Maps and releasing a limited API for Siri to permit developers enrich their apps with customized Siri intelligence.