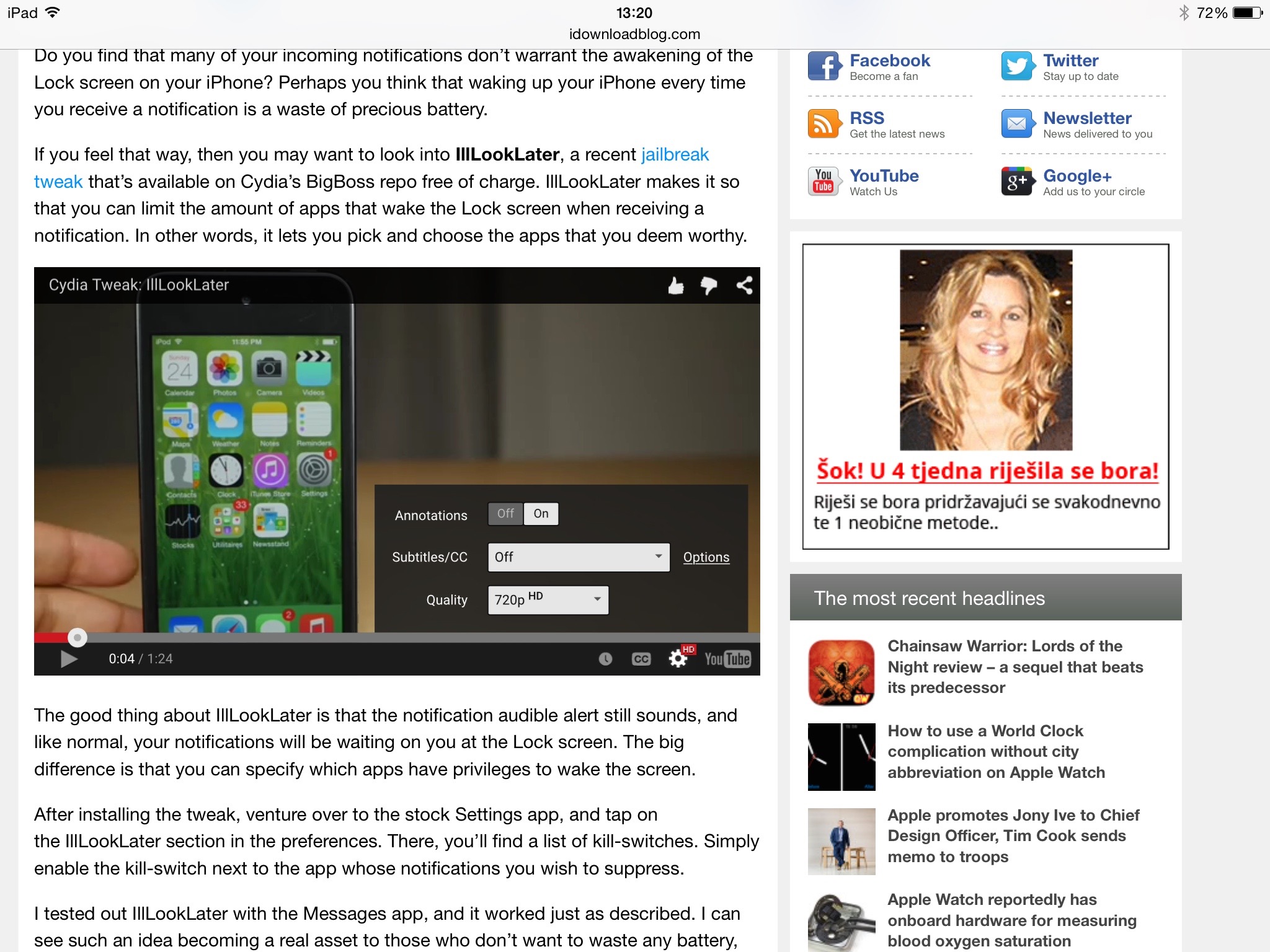 Google seems to have quietly upgraded its embeddable media player for tablets. On iOS, however, it’s killed an essential feature: fullscreen mode on iPads, as first noted by German blog Apfelpage.de. The change does not affect Google’s native YouTube app for iOS, which still lets you play clips embedded in webpages in fullscreen on your iPhone, iPod touch and iPad.

As evidenced by the screenshots top of post and below, YouTube’s iOS player on the iPad now looks a lot like the desktop version, sans the fullscreen button.

Whereas YouTube clips embedded into webpages used to be rendered though the native iOS media player, now the playback controls on the tablet are replaced with a desktop-like interface. 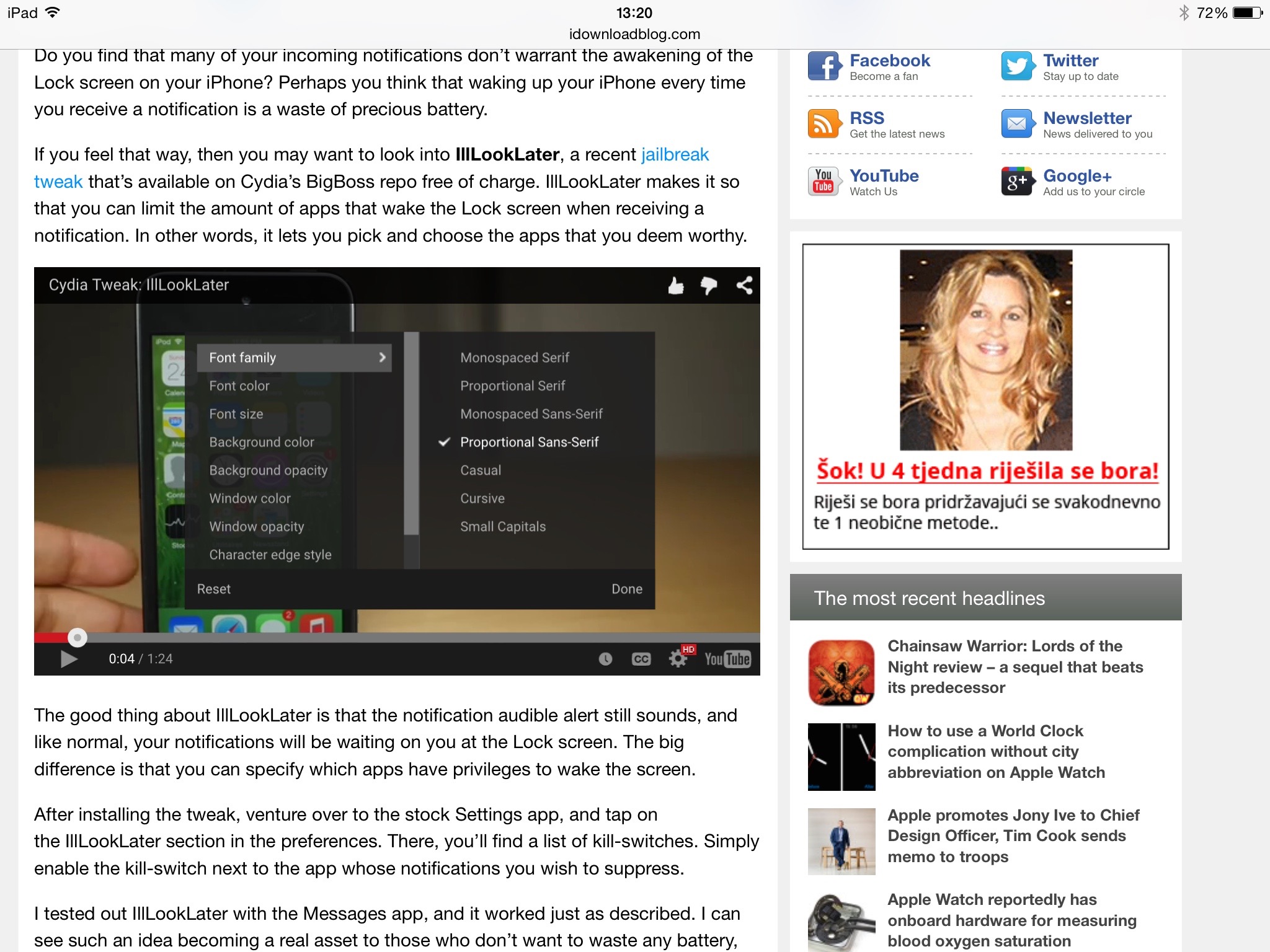 In terms of the features, you can change video resolution on the fly, enable subtitles and closed captioning, add the video to your Watch Later queue, like or dislike clips and send the video to the native iOS app, if installed, by tapping the YouTube icon.

As you can see further below, on the iPhone everything is as usual: videos appear inline and start playing in fullscreen upon tapping the play button. 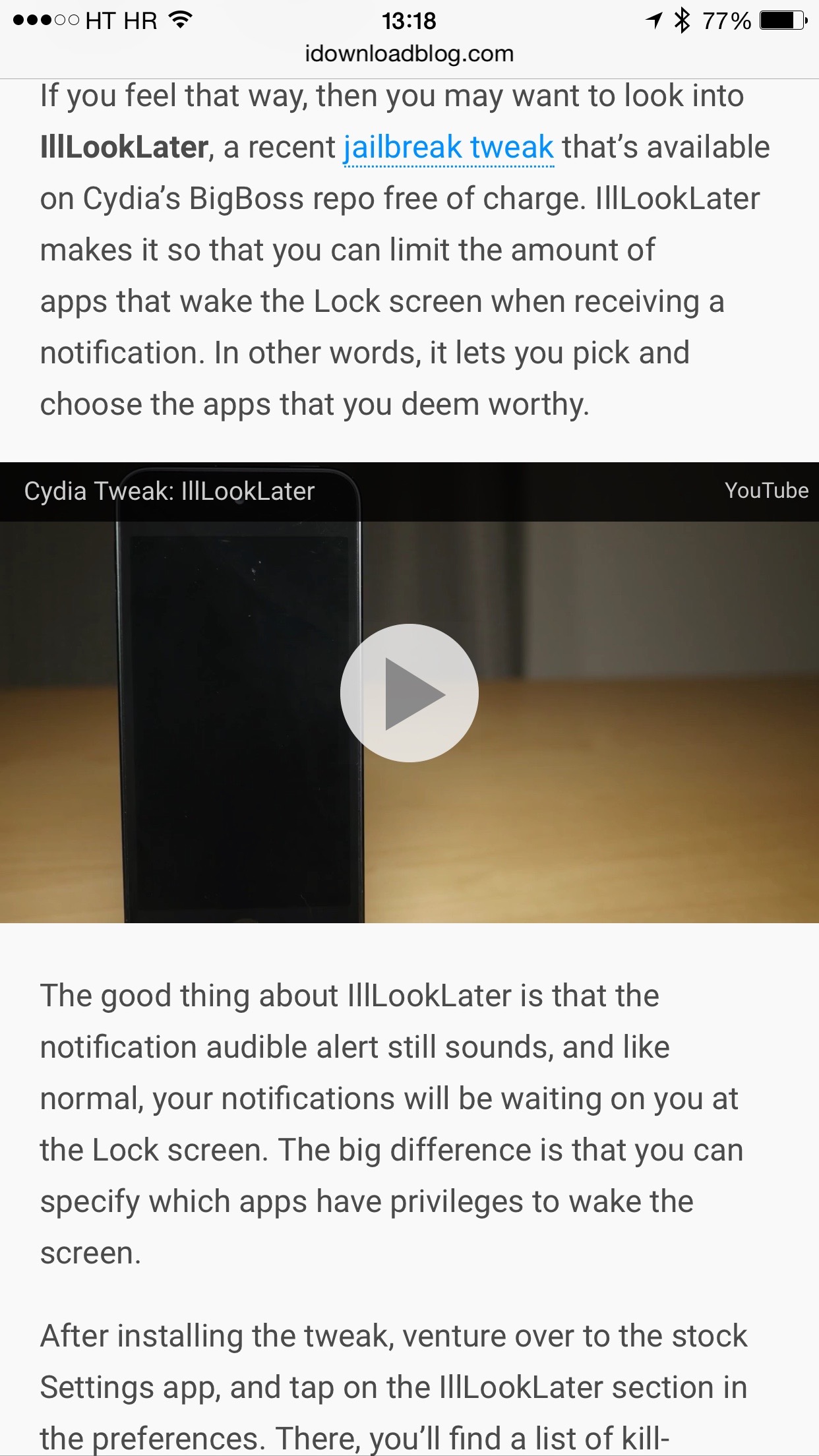 I’m disappointed by this change: it’s something of an annoyance as I can no longer watch YouTube clips in Safari fullscreen.

Part of me tells me that perhaps the iOS player is now inadvertently treating the iPad as a desktop rather than a mobile device, but that wouldn’t explain the inexplicable lack of fullscreen mode.

A skeptic in me is inclined to believe that this is a deliberate move on Google’s part to push people to use the native YouTube app on iPads, which could have something to do with serving ads.

On the other hand, we know a major Material Design of YouTube’s iOS app is on its way. Moreover, YouTube recently ditched Flash for a brand new HTML5 player and last Thursday enabled HTML5 playback for live streaming in silky smooth sixty frames per second so perhaps the new iOS player isn’t fully optimized for tablets just yet.

Has this change affected you?

Vent out your frustration down in the comments.