When Steve Jobs was challenged on the iPad’s lack of support for Adobe’s Flash runtime for web video, manifested at the time as black rectangles on websites in place of Flash video, he said that “those holes are getting plugged real fast”.

And guess what? He was damn right.

It was a time of the prevalence of Flash and web developers had only begun experimenting with HTML5 for online video delivery, but boy what a difference a few years make.

As reported by VentureBeat, YouTube announced today that it’s ditched Flash for HTML5 video by default. “Other content providers like Netflix and Vimeo, as well as companies like Microsoft and Apple have embraced HTML5 and been key contributors to its success,” YouTube said in a statement.

There are many benefit to using HTML5 over Flash for online video.

For starters, HTML5 delivers web video without a plug-in whereas Adobe Flash requires a browser plug-in (by the way, the Flash player is baked into Google’s desktop Chrome browser). And because browser plug-ins typically open new attack vectors, using HTML5 for video increases your security.

HTML5 video is also more resource-friendly than Flash, which tends to send your notebook’s fan into overdrive when browsing YouTube.

More importantly, HTML5 video is an open technology based on web standards which are developed by industry bodies. Flash, on the other hand, is a proprietary technology.

HTML5 video player uses a Media Source Extension feature called adaptive bitrate which adjust video quality on the fly depending on network conditions, reduced buffering by more than 50 percent globally and as much as 80 percent on heavily-congested networks. 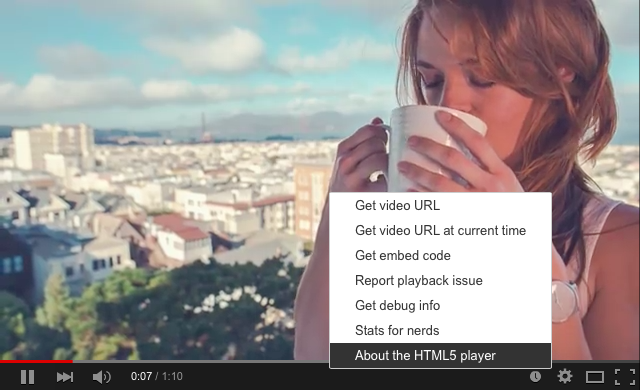 It also supports the VP9 video codec for higher-quality video delivery like 4K at 60FPS with an average bandwidth reduction of 35 percent and faster video startup time.

Finally, Google is using other fancy technologies like Fullscreen APIs for immersive fullscreen viewing experience with a standard HTML interface, as well as Encrypted Media Extensions and Common Encryption for supporting multiple content protection technologies on different platforms with a single set of assets.

To check out which features of YouTube’s HTML5 video player are supported on your system, point your browser to this page on YouTube. 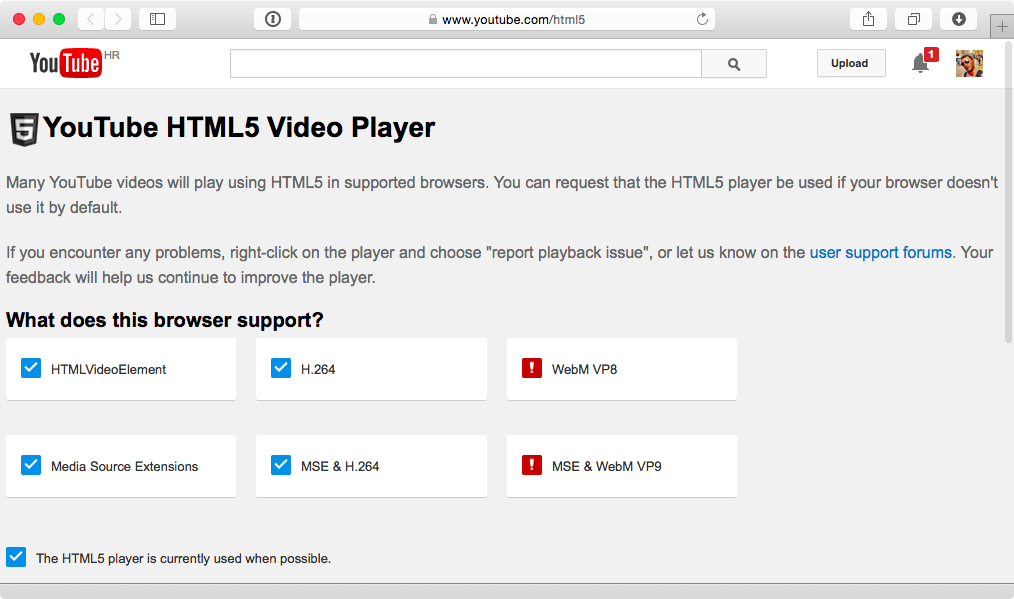 Furthermore, YouTube’s old Flash object embeds and its Flash API are now officially deprecated in favor of the iframe API, which adapts the video depending on the device and browser you’re using.

Google started experimenting with HTML5 video player back in January 2010, coinciding with Steve Jobs’s introduction of the original iPad.

Over time, more and more YouTube videos changed to the HTML5 player by default, though it took them five years to finally complete the transition across all of YouTube and in most browsers.