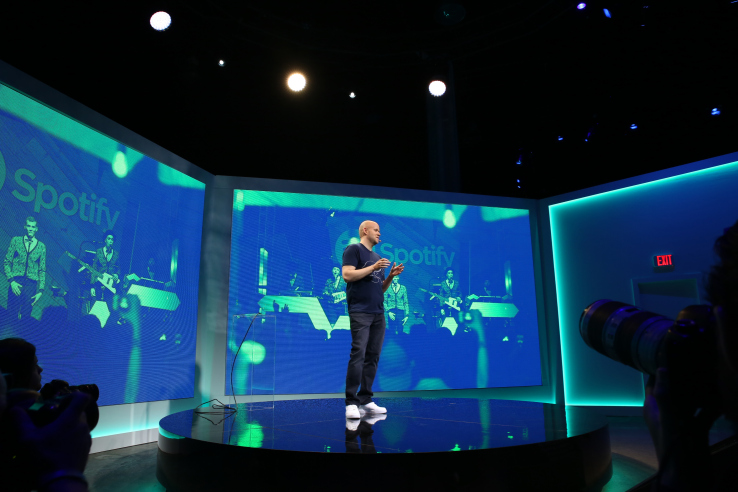 Spotify is determined to give Apple’s vertically integrated iTunes ecosystem a run for its money. At a media event in New York City, the Swedish streaming-music startup has moved into video, as previously suspected.

The service will now host video podcasts and other types of video content like news, much like Apple’s iTunes. According to TechCrunch, Spotify will also serve up playlists that are more personalized and relevant to what you’re doing at the time.

Comedy Central, for instance, will be offering short clips from their TV show Broad City. The app will suggest video and audio shows for you to watch and learn what you love.

As for Spotify’s music-related news, it’s all about activity-based playlists that auto-play and let you easily swipe them should you dislike what you’re hearing.

Spotify analyzes your previous listening history and takes into account your age, location and the time of day to deliver playlists that best reflect your current activity.

“It pays closer attention to what you have historically listened to over the course of the day and puts together playlists that will work for that particular time,” TechCrunch explained.

Like iTunes, Spotify owns an obscene amount of data on users’ music tastes, having amassed a whopping 25 billion hours of listening data since its inception.

“Music is moving away from genres,” said Daniel Ek on stage. “People don’t search for Hip Hop or Country anymore, but rather they search around activities or a particular experience.”

Spotify is even tapping into your iPhone’s accelerometer, gyroscope, GPS and other sensors to optimize songs for your run in terms of BPMs.

Dubbed Running Originals, this music specifically designed for running changes the composition based on your run, with six different running experiences arriving via the Nike and RunKeeper apps later this summer.

Six original tracks within Spotify Running are available at launch. Moreover, they have brought out some exclusive content from Dance Move of the Day produced by Amy Poehler’s Smart Girls brand and specially curated radio shows presented by artists including Icona Pop, Jungle and Tyler the Creator.

From the Spotify blog:

From the time you wake up until tonight’s party, the Now start page serves you the right music day and night. Need a Monday morning playlist pick-me-up? Done. The right tunes to help you focus after lunch? We’ve got you covered. And because Now learns what you like, you’ll be sure to hear the right music – selected from our in-house experts and your personal collection – whatever the occasion. Recommendations will adapt over time to fit your taste and mood.

Every week millions of you lace up and hit the road to Spotify. Music is the perfect running companion but sometimes you need even more motivation to push on. That’s why Spotify Running is all about helping you go the extra mile.We’ve combined the best music on the planet – recommendations based on your listening history, multiple-genre playlists and original running compositions written by some of the world’s foremost DJs and composers – all tuned to your tempo and seamlessly transitioned to ensure you’ll never miss a beat. Start running and Spotify will detect your tempo, matching the perfect music in time to your step – making you a harder, better, faster, stronger runner.

These new features are launching later today to iPhone users in the United States, the United Kingdom and Sweden, expanding to other markets at a later stage.

The service currently has sixty-million listeners, of which fifteen million are paid $9.99 per month Premium accounts.

Spotify’s iOS client was refreshed this morning with 1Password integration, allowing users of the popular password-management utility to use strong secure passwords without having to remember them.