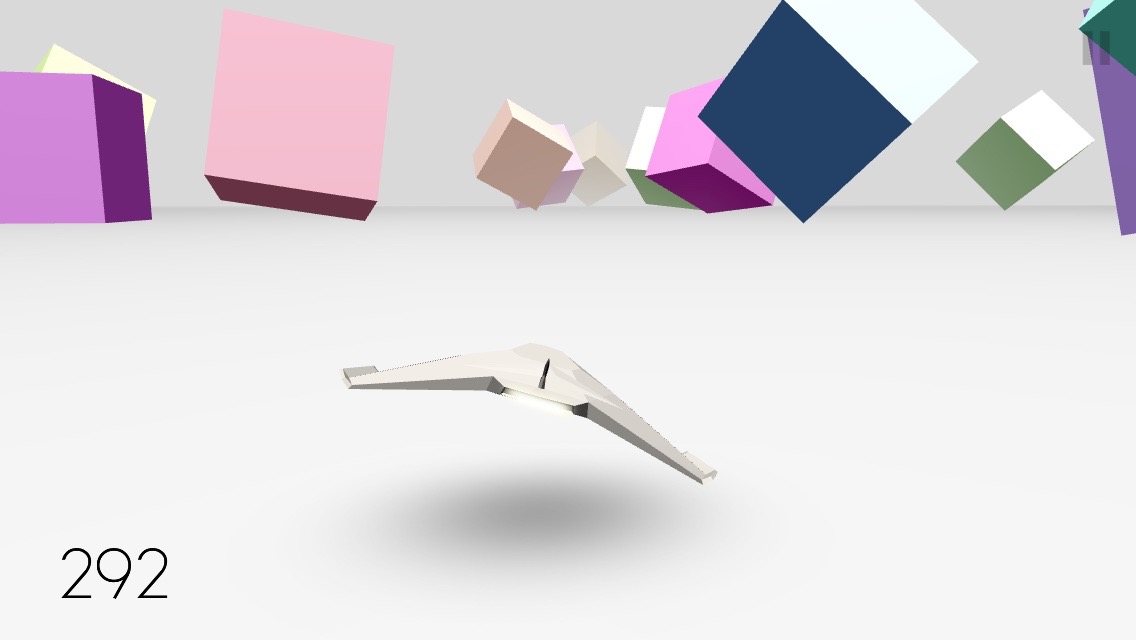 When I first came across Kayos, I was mostly interested in its visual aesthetic. I knew nothing about the gameplay, but assumed it was a puzzle game based on the simplistic look and various shapes.

It turns out the game is very much a traditional arcade style reflex game with a minimalist appeal. It just goes to show that looks aren’t everything. We’ve got a hands-on game review of Kayos for you today. Enjoy.

Players control what looks like a stylized graphic design of a Stealth Bomber. Tilt your screen to one side or the other to maneuver. As you fly, you will approach a number of different elements that you must avoid crashing into. Objects start out as blocks, but quickly change to long rectangular shapes that require even faster reaction to avoid. The goal is to get as far as possible before crashing.

Fans of minimalism will really appreciate the design of this game. It takes a complex theme – flying through space, avoiding crashing into asteroids – and removes all of the extra bits, leaving you with a simple 3-D rendering that looks great, but still plays like an arcade classic. 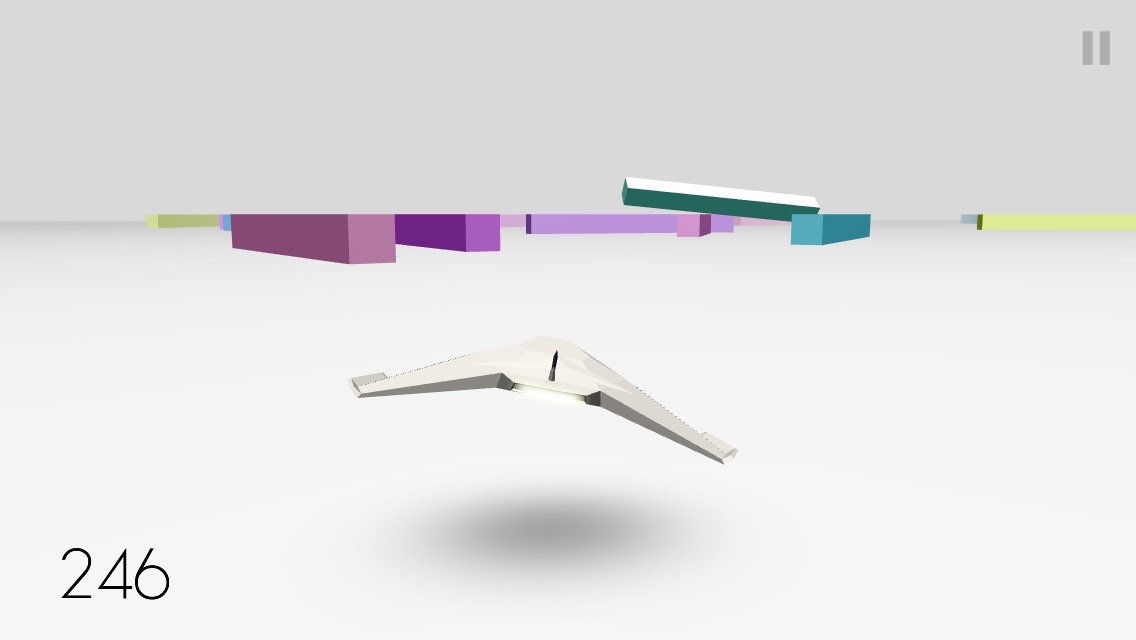 The mechanics are as minimalist as the game’s design. Players simply tilt their iPhone to the left or right in order to turn the plane. You must have quick reflexes to avoid crashing into oncoming objects (let’s just call them asteroids).

As you zoom through masses of asteroids, all approaching at different speeds, there will be a few clearings that give you a false sense of security. Before you know it, you’ll be faced with a wall of asteroids once again.

You can hold your thumb down on the screen to activate the speed boost. The boost will get you further, faster. But, it also makes it significantly harder to get out of the way of oncoming asteroids. You don’t get extra points for going faster. So, why use it?

Because if you manage to fill the boost bar, you’ll activate a shield that will protect you during a crash. So, if you can hold down the boost long enough, you will be rewarded.

The only problem is that the boost bar decreases the second you take your thumb off of the screen. So, you may be able to fill the bar halfway, but as soon as you need to slow down to avoid crashing, it drains and you are back where you started.

This is one of those bite-sized games that can be near addictive because players want to try one more time to get a personal high score. It doesn’t take long to restart, so one quick game can easily turn into hours of fun. 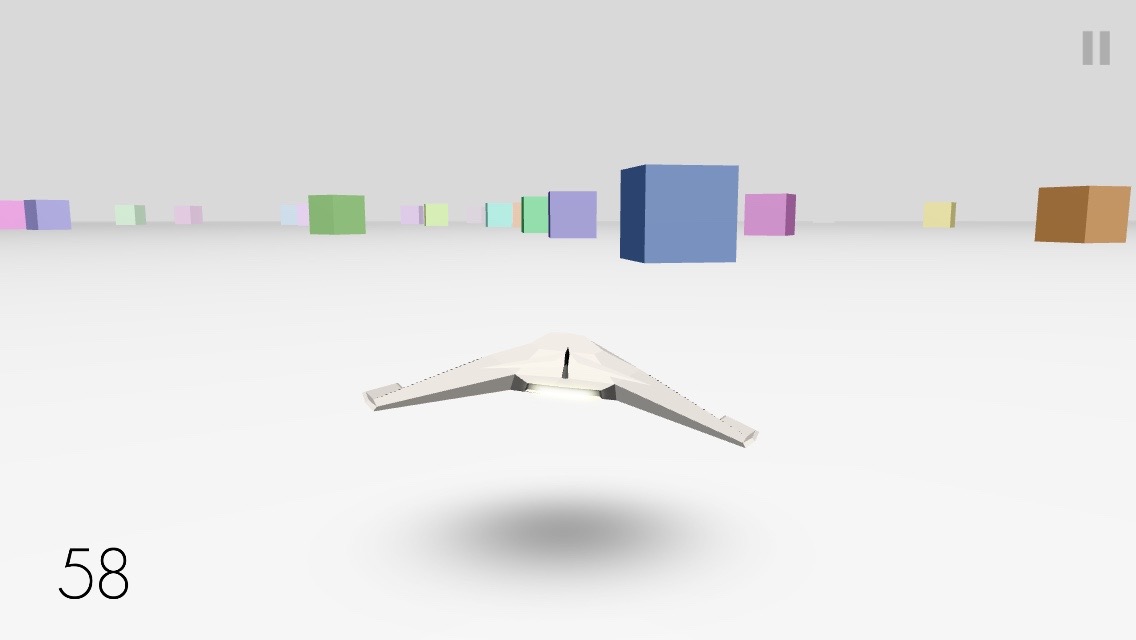 I love that this is basically a maneuvering arcade style game disguised as a 21st century minimalist title. You really do get a sense that you are getting better with each try. I quickly increased my high score from 120 to 600 within just a few minutes of playing.

Kayos costs $1.99, which is about the going rate these days for a game that is 100 percent pay-up-front. In the past, I might have said it was about a dollar too expensive. But most $0.99 games these days also include some kind of in-game pay wall. The replay value is extremely high. All you will want to do is play it again and again and again.

If you like reflex arcade games with a minimalist design, this will make you happy. It is hard to play, but in that Flappy Bird sort of way that makes you want to try again and again until you reach your next highest score. This game is available on the iPhone, iPad, and iPod touch. Download it in the App Store today.

What do you think of this minimalist arcade style game? Let us know in the comments below.