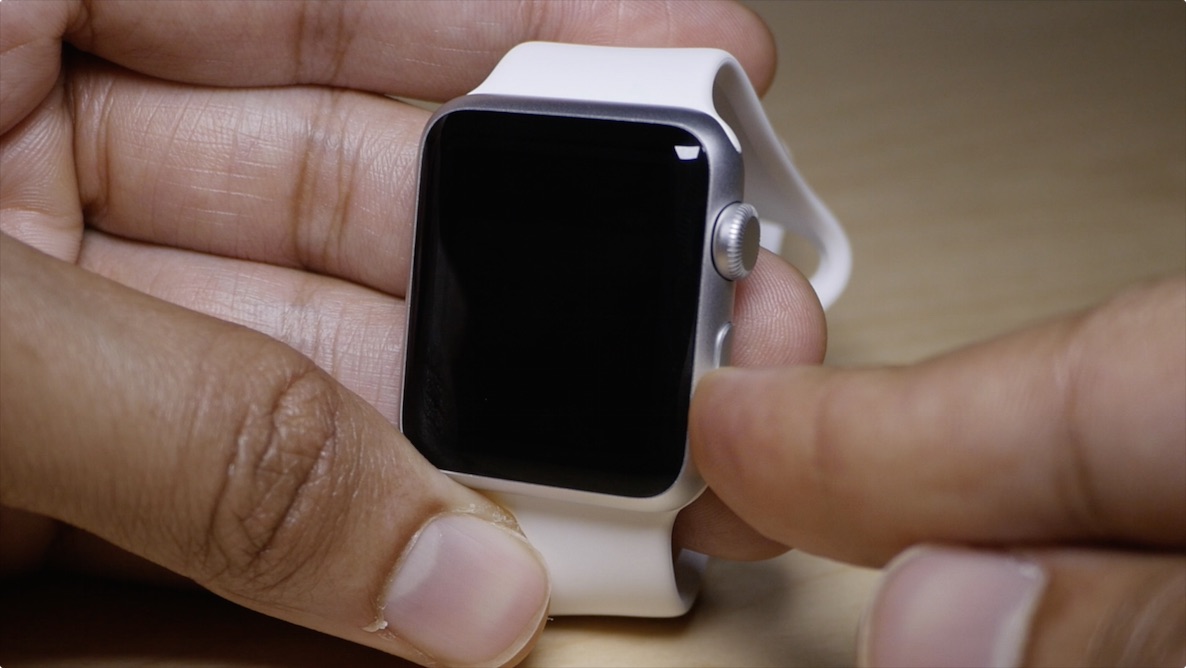 The Apple Watch contains a physical flat button called the side button. This button is not much unlike the Sleep button featured on the iPhone, which also happens to be the button used to turn the iPhone on or off.

The side button can be used for a few things on the Apple Watch, including accessing your Dock, and using Apple Pay. But the side button also allows you to power your Apple Watch on, and power it down. We’ll explain how in this tutorial. We’ll also explain how to do a hard reset (force reboot) in case your watch locks up or experiences issues.

How to turn on the Apple Watch

If your Apple Watch is off, press and hold the side button to power the device on. It may show a black screen initially, but eventually, the Apple logo will display to indicate that the watch is booting up. Keep in mind that your Apple Watch must be charged at least a little bit before will power on.

How to turn off the Apple Watch

Press and hold the side button until you see the power down menu appear. Once it does, drag the Power Off slider to the right to turn the watch off.

For more tips like these, I suggest that you check out our Apple Watch section, which is growing each and every day. What do you think? Let us know in the comments below or on Twitter.