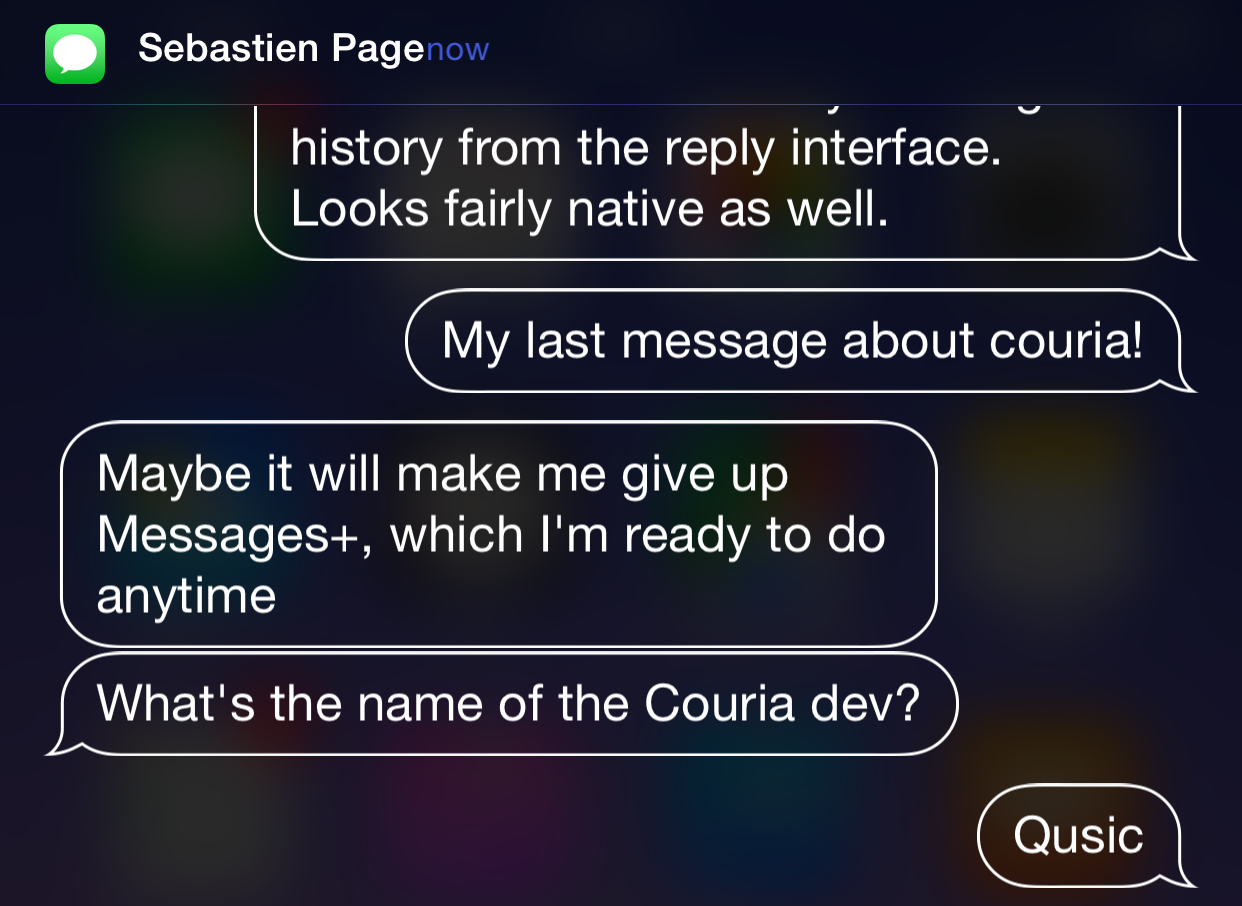 Couria is a quick reply and quick compose tweak for iOS that originally debuted back in the iOS 7 days. Today, the Messaging landscape for jailbroken devices is significantly different, with a key major player, biteSMS, now defunct.

With this in mind, a few tweaks that are currently in the works are hoping to reinvigorate the Messaging app tweak genre. One of them, Couria, plays heavily on the infrastructure already put in place by Apple, piggybacking on the native quick reply feature in iOS 8.

Couria uses the same exact quick reply banner interface used by native iOS 8, but extends it to make it easier to pick up where you left off in a chat. When you pull a banner down to respond, you’ll be met with a scrollable history of the conversation between you and the recipient.

The big feature here is quick compose, and it is unsurprisingly accomplished by means of an Activator gesture. Quick compose presents a list of all of your recently used contacts, and you can tap on a contact to quickly load the conversation interface—the same one used with quick reply. 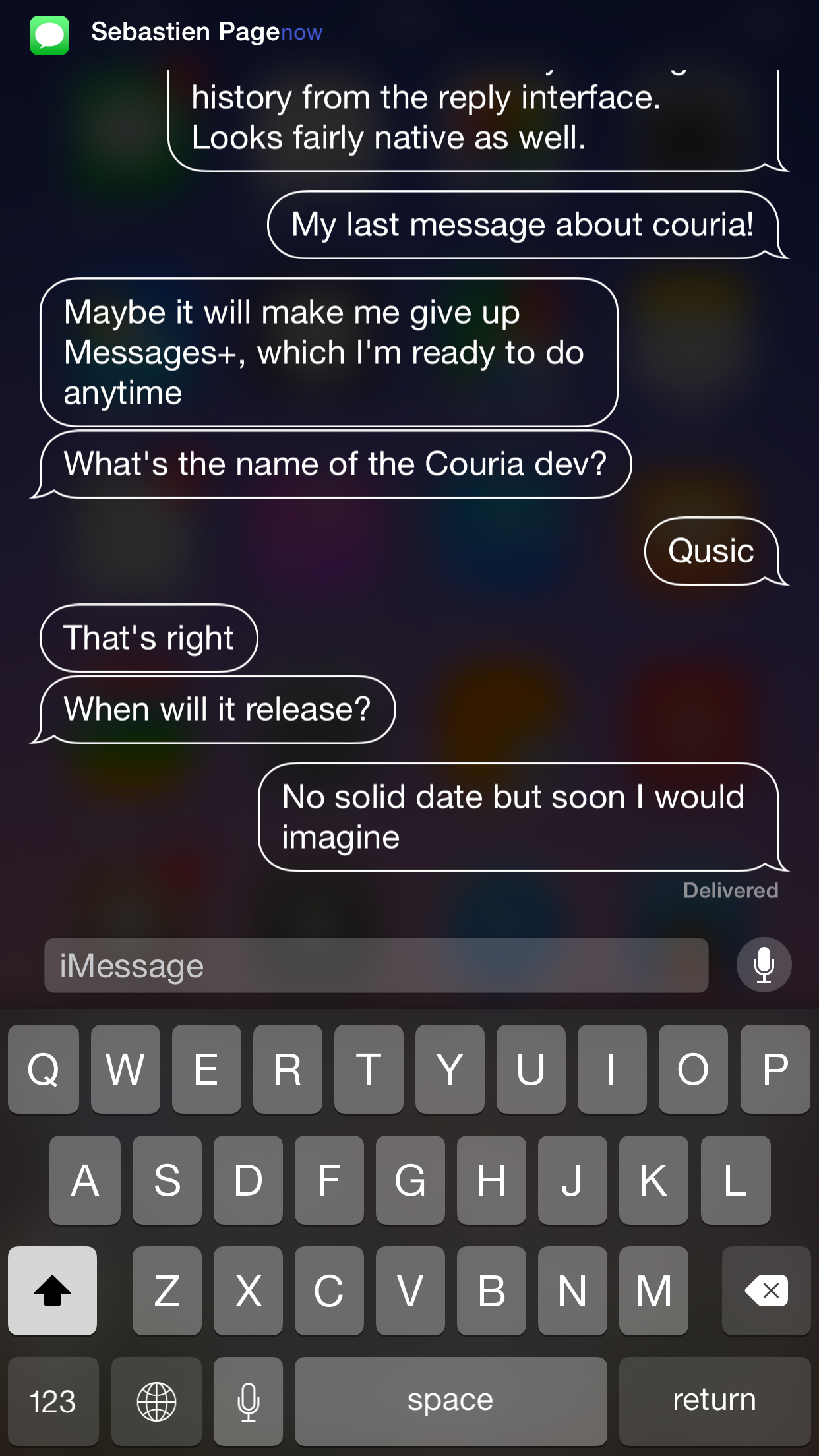 Lock screen messages are handled in the very same way. When you reply, you see the full context of the conversation on your Lock screen. You can also use your Activator gesture to quickly compose directly from the Lock screen.

Although the tweak is still heavily in development and new features and fixes are being added daily, Couria for iOS 8 looks promising. Not only does it promise to bring quick compose, but it brings a beefed up quick reply to the mix as well. You can follow Couria’s developer, QusicS, on Twitter.

What do you think about Couria thus far? Sound off in the comments below.