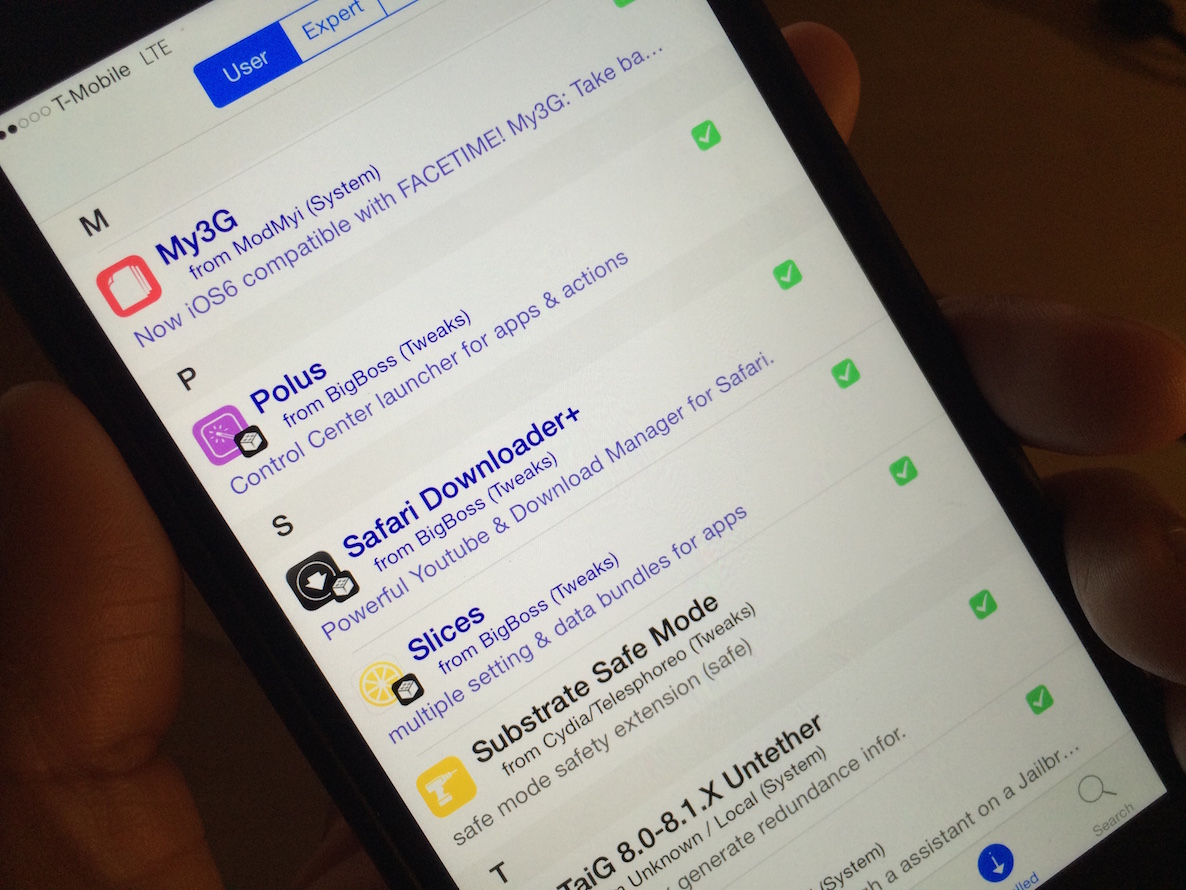 It’s been a while since I’ve told you about the must-have jailbreak tweaks for iOS. In this post, I’m going to highlight the staple tweaks that I use. But this isn’t just some randomly generated and arbitrary list of tweaks put together for the sheer sake of doing so. No, this is a list of eight tweaks that makes the iPhone a better device overall.

Some people are claiming that jailbreaking is dead or that it’s a mere shell of its once glorious self. I say baloney. Until iOS can solve the problems that these eight jailbreak tweaks solve natively, then jailbreaking will always be alive and kicking in my eyes.

It’s probably the most popular (or at least most ubiquitous) jailbreak tweak of all time. and for good reason. Activator lets you perform gestures to execute certain actions quickly. For example, I assign a triple-press of the Home button to a respring action. Therefore, whenever I need to perform a quick respring, I simply press my Home button three times in quick succession.

Although Apple opened up Touch ID to third-parties with iOS 8, many of the apps I use are slow to adopt the feature, and thus, iTouchSecure steps in and saves the day. This tweak lets me use Touch ID with password protected fields in apps, even if the app hasn’t been coded to support Touch ID. I use it to log in to my Bank of America account through the Bank of America app, using only my fingerprint.

Although Control Center’s quick toggles are very handy, they’re limited in scope and can’t be customized. Polus fixes that problem, allowing you to not only customize the toggles that appear in Control Center, but lets you create your own toggles mated with custom Activator actions. It’s by far the best way to take control of Control Center

One of the biggest downsides to iOS is the fact that you can’t just go out and download anything to your iPhone. Safari Downloader+ fixes that problem, allowing you to download pretty much whatever you want. Its latest update even brings intelligent resuming support.

I hate the fact that I can’t have two Instagram accounts logged in to the Instagram app at the same time. Slices allows me to stay logged in to two accounts simultaneously. This is a huge time saver for anyone who has multiple accounts, and it works with many of the popular apps on iOS.

I use TouchPose+ to show visual tap representations on my iPhone’s screen. That way, when I’m recording screencasts using my iPhone, you guys can see where I touch the screen. As you might imagine, it’s an absolutely instrumental part of my workflow.

Where do I start? iFile is a do-it-all app that allows me to install .deb files from Cydia developers, extract and compress .zip files, browse the native iOS file structure, and much, much more. I honestly couldn’t live without this app on my jailbroken iPhone.

This tweak solves the artificial limit placed on app downloads, allowing you to download an app of any size over a cellular connection. It also allows you to stream Tweetbot over cellular and watch YouTube videos in high quality over cellular as well.

If you’re looking for a list of apps and tweaks that go beyond the problem-solving practicality criteria of this list, then be sure to check out of 2014 jailbreak tweak of the year post. What do you think? Do you use each of the aforementioned apps?