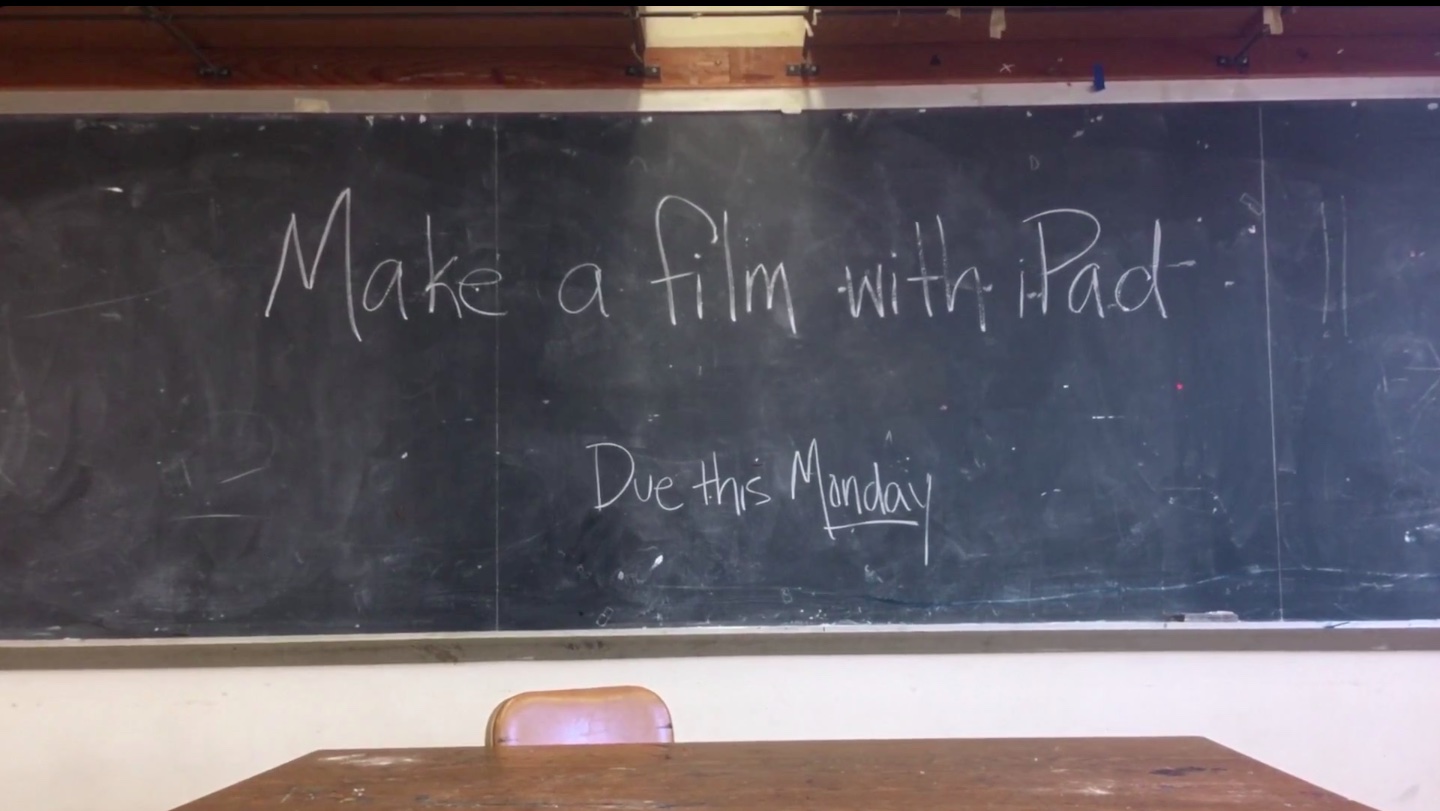 Ahead of the annual Academy Awards ceremony tonight, Apple has started airing a new television commercial which highlights iPad use in filmmaking.

Titled ‘Make a film with iPad,’ the 30-second spot is narrated by director Martin Scorsese, widely regarded as one of the most significant and influential filmmakers in cinema history.

Unsurprisingly, the Oscars ad has been shot entirely on the iPad Air 2. The video closes with the ‘Everything changes with iPad’ tagline that was also used in Apple’s previous iPad commercial, aired on the day of the Grammy Awards, which highlights how tablet can be used as a music-creation tool.

Unlike rival tablet commercials that typically revolve around speeds and feeds, Apple’s latest promotional clip cleverly shows what the creative possibilities are with its device.

The advertisement features students at Los Angeles County High School for the Arts  who wrote, produced, shot, scored and edited different film projects in a matter of days, using the iPad as their camera and creative tool.

The video is accompanied by excerpts from Martin Scorsese’s 2014 commencement speech at the NYU Tisch School of the Arts. “Apple supports arts education and provided iPad devices to these student filmmakers,” reads a note on the Apple’s website.

For those wondering, the apps shown in the commercial include Final Draft Writer, FiLMiC Pro, GarageBand, Apogee MiC and VideoGrade.

If you’re interested to learn more, the ‘Make a Film’ webpage on Apple’s website contains more videos explaining the creative process and how the iPad helped LA students bring their creative vision to life.

“iPad is the ultimate tool for independent filmmakers,” Apple wrote in YouTube description. “Learn how the students of Los Angeles County High School for the Arts relied on iPad to create films in a matter of days.”

The broader campaign continues on the ‘Start Something New’ section on Apple’s website which highlights creative apps for the iPhone and iPad aimed at content creation.

Some highlights include Apple’s own iMovie and GarageBand software as well as third-party apps such as VSCO Cam, Waterlogue, Procreate, Slow Shutter and Brushes Redux, to name but a few.

What do you guys think of the ad?