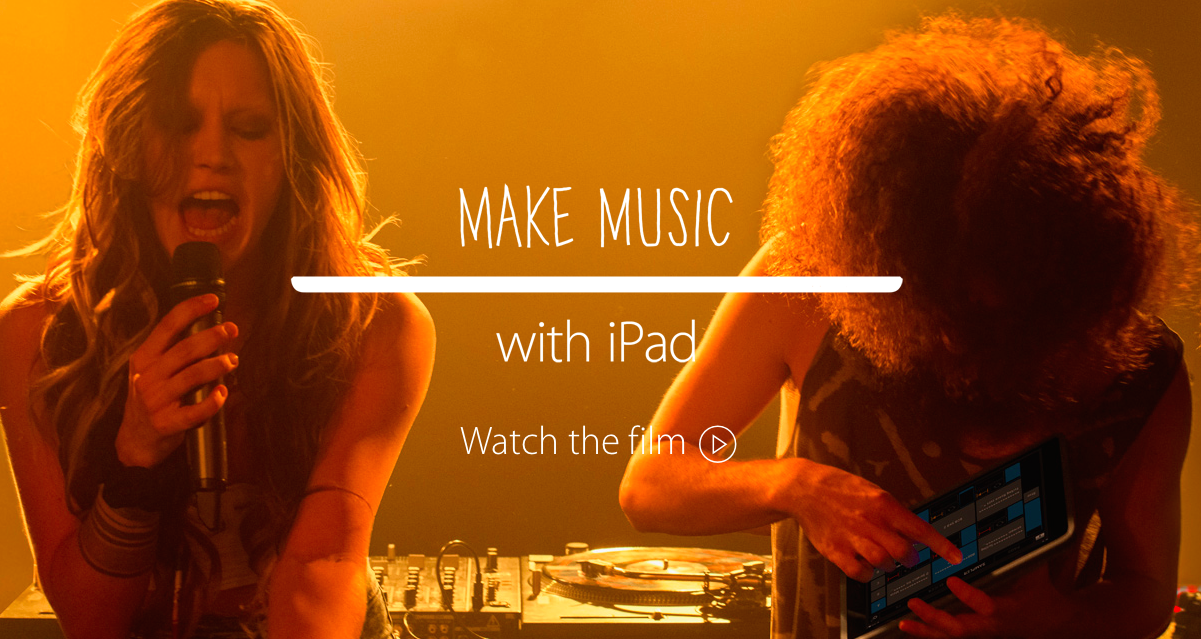 Apple published a new video to its website and YouTube channel Sunday, highlighting how some artists use iPad to make music. Featuring recording artist Elliphant, the one minute long video discretely showcases a few apps used by the musician to create music in a radical new way.

The song, called All or Nothing (Riton iPad Remix Feat. The Gaslamp Killer), is very engaging, to say the least.

Some of the apps you can see in the video are GarageBand, iMPC Pro, NanoStudio, Serato Remote, and Manual Camera, which was used to record the video. The Apogee MiC also makes an appearance in the video.