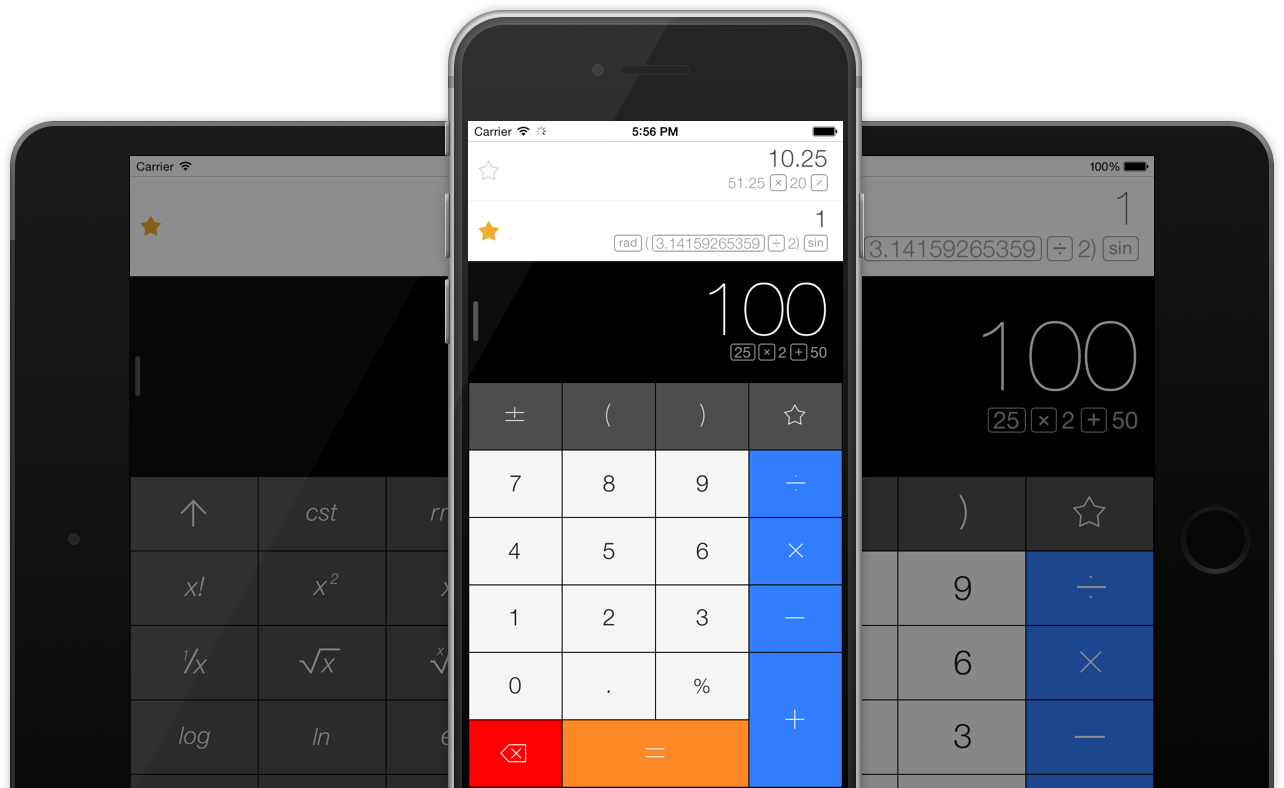 Tweetbot developer Tapbots has released Calcbot 2 in the App Store. The intelligent calculator app is now completely free for everyone, has no ads whatsoever and, among other perks, has been revamped from the ground up for iOS 8.

The refresh software brings out a brand new favorites system which replaces the somewhat confusing memory keys, includes an iCloud-sync’d history in portrait mode alongside the calculator and other perks.

As the screenshots attest, the app’s overall design is now in line with Apple’s visual styling for iOS. As I mentioned before, Calcbot 2 has gone freemium so most features are now available at no cost to everyone, sans a few optional upgrades. 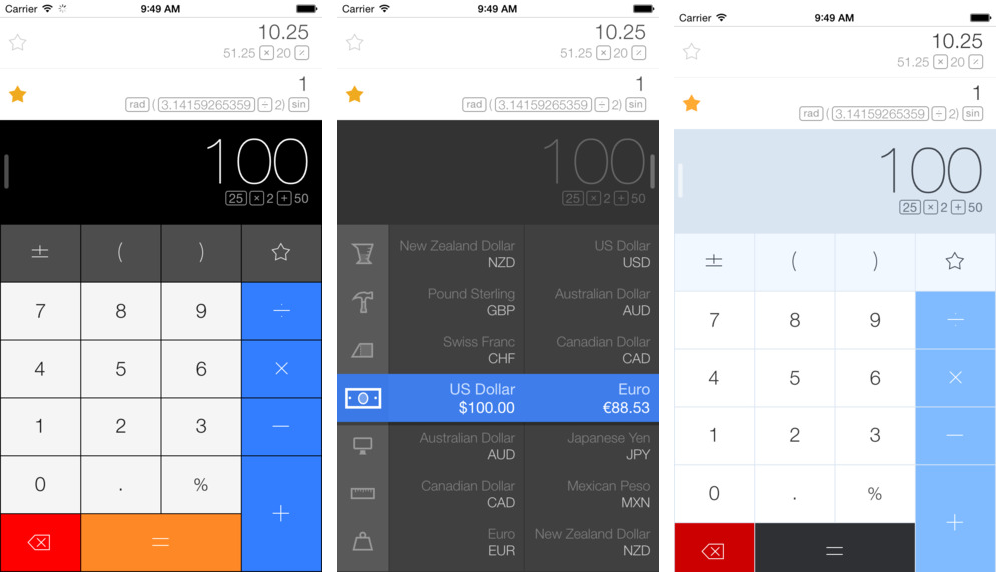 For example, Tapbots is now selling, via the In-App Purchase mechanism, themes that give your calculator a bit more style, priced at 99 cents each.

In addition to paid themes, a one-time $2 Pro upgrade unlocks functionality provided by Tapbots’ conversion app, Convertbot, which is no longer available in the App Store. Specifically, it gives you access to scientific constants like pi, atomic mass or even your own ones.

As for the conversion feature, it supports 500 units across 22 different categories, including auto-updating currency rates. 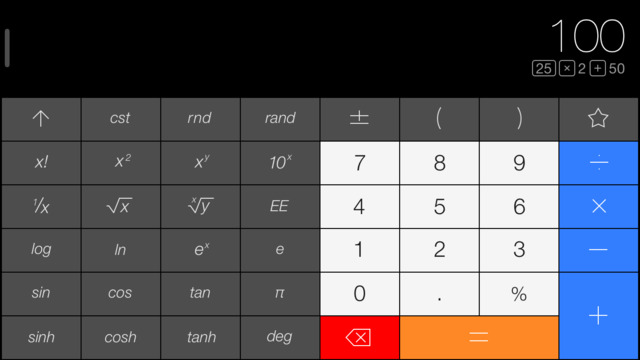 Download Calcbot 2 free of charge from the App Store.

Back in November, Tapbots launched the Mac edition of Calcbot. The OS X application is priced at five bucks a pop and is available for download in the Mac App Store.