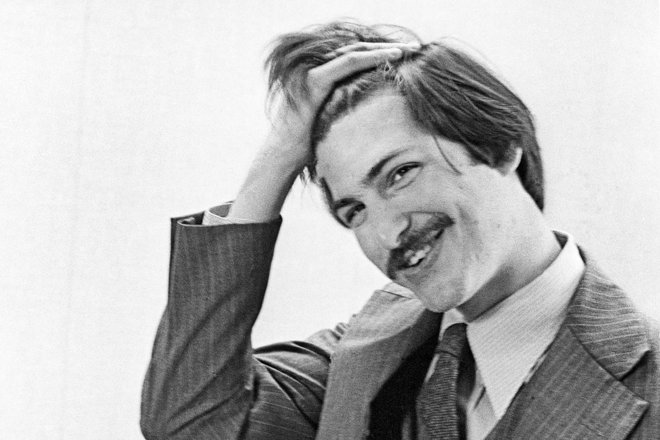 As first noted by Variety, a new Steve Jobs film will be premiering soon. No, not Universal’s ill-fated biopic that started filming last week, based on Walter Isaacson’s biography and starring Michael Fassbender as Apple’s mercurial co-founder.

Titled “Steve Jobs: The Man in the Machine,” the new film is basically a 120-minute nonfictional documentary that explores the impact of Steve Jobs’ work on the society and our embrace of computers and technology.

Billed as a “provocative and sometimes startling re-evaluation of the legacy of an icon,” the documentary is being directed by Alex Gibney and is produced in partnership with CNN Films.

According to the official synopsis, the film follows Jobs’ path from a small house in the suburbs, to zen temples in Japan to the CEO’s office of the world’s richest company, “exploring how Jobs’ life and work shaped our relationship with the computer.”

Oscar winning Alex Gibney won the Academy Award for Best Documentary Feature for his 2007 documentary “Taxi to the Dark Side,” which explores the U.S. government’s policy toward torture.

The director also produced “Enron: The Smartest Guys in the Room” (nominated for the Academy Award for Best Documentary Feature in 2005) and the HBO film “Mea Maxima Culpa: Silence in the House of God” which went on to win three Emmy Awards and a Peabody.

“Steve Jobs: The Man in the Machine” will be making its world premiere at this year’s SXSW Film festival, which runs March 17-22, 2015 in Austin, Texas.