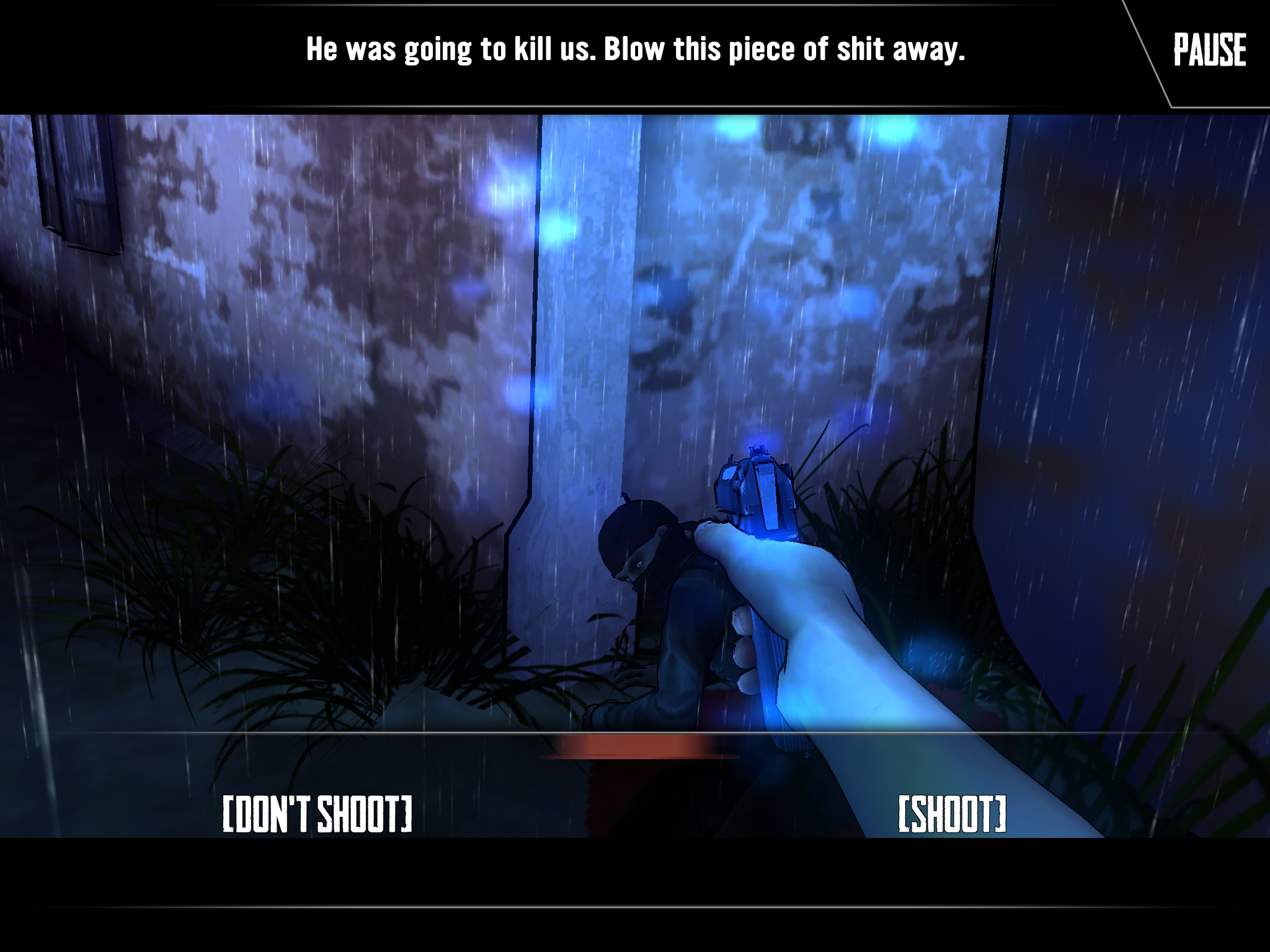 Players take on the role of a young man named Clint, who has been struggling with staying out of the family business for his whole life. We meet him just as everything is about to fall apart. Through a series of choices, as well as a few well-placed punches, players go through one day in Clint’s life, a day that will change everything for his future.

The game is a lot like Telltale Games’ episodic series. Fans of such titles as The Walking Dead: The Game, Game of Thrones, and The Wolf Among Us will be right at home with the mechanics of this game.

Players follow the story from the first-person perspective of Clint. Sometimes, the story plays out in movie mode. Other times, players must make decisions that alter the course of the outcome. You will even have to go to blows in hand-to-hand combat and navigate your bike without crashing. 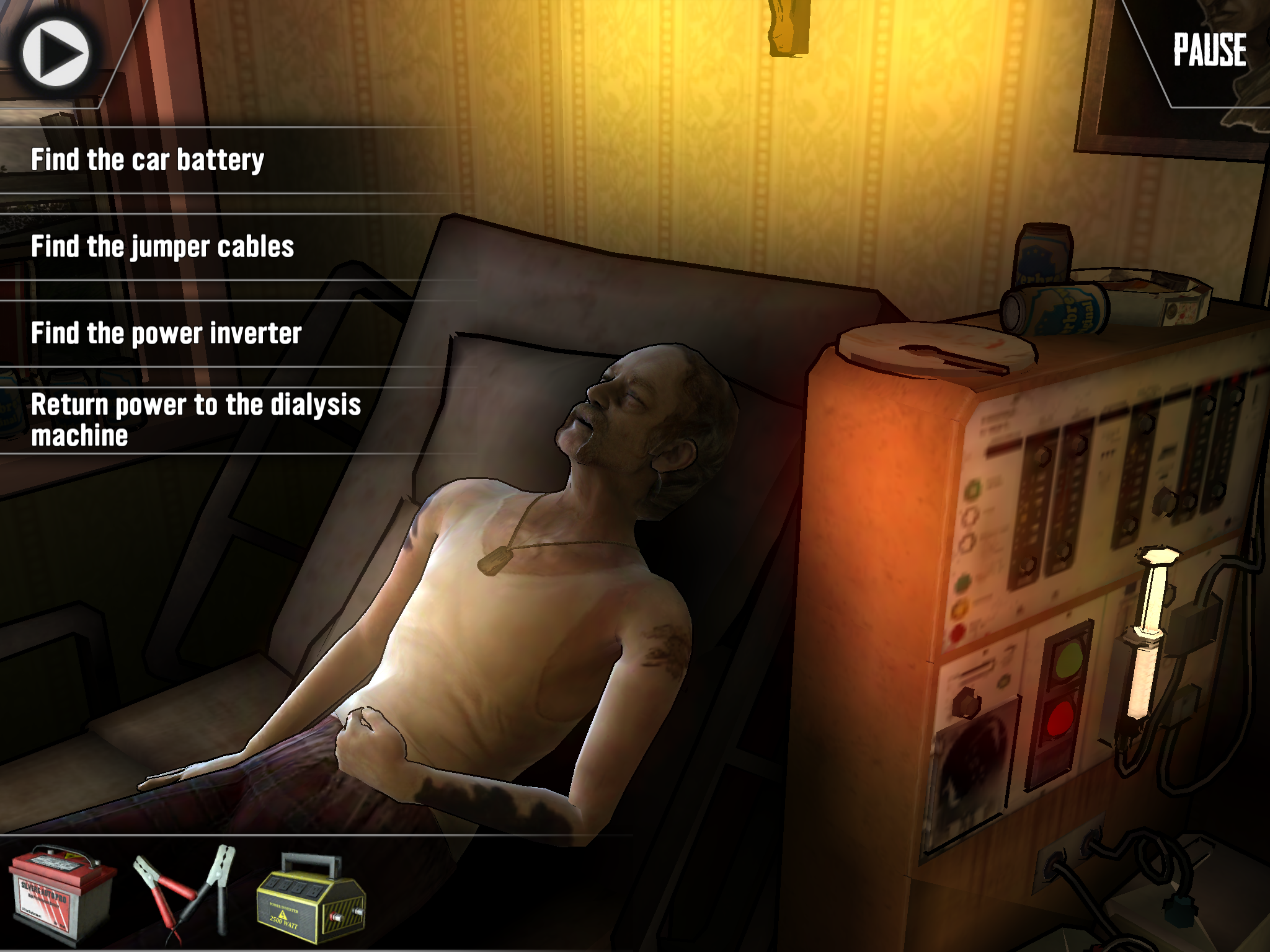 Players start off on a road trip with a group of tough guys. You’ll learn how to steer a bike, walk, and look around. Within the first few minutes of the game, you will be faced with your first life-changing question – do you shoot?

Much of the game is cinematic. I’d guess about 70 percent of the entire first episode deals with watching the events unfold.

If you are actively controlling Clint, you will be able to walk around and look for important items for a particular mission. Tap a location on the screen that you want to walk to. Drag your finger around on the screen to look for items. You can grab an item by tapping it.

You will also get into fist-a-cuffs at least once (depending on the choices you make). During fight scenes, a red circle appears on screen. Tap the circle within the given time to punch, block, kick, or whatever the action calls for next.

Of course, you will have moments when you are faced with decisions that will change the game. You only have two choices at a time. Your responses create new comments from the characters you interact with, or significantly alter your future. The big question is – do you shoot? 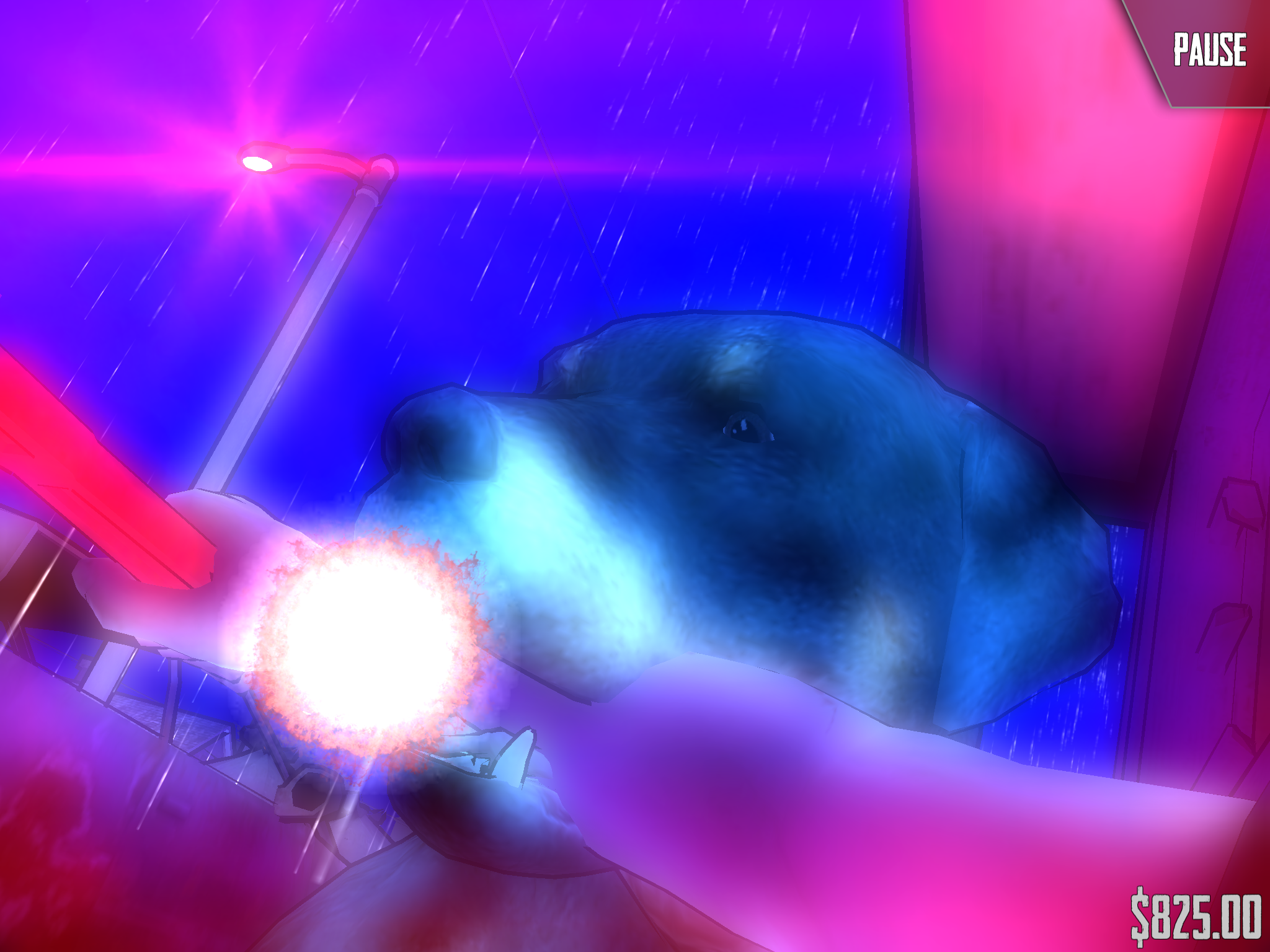 I am a big fan of episodic games that allow you to become a part of a preexisting story. It allows players to get more deeply involved in a familiar world.

I experienced some lag on my first-generation iPad Air. The game crashed once during a fight scene.

Coming from playing nearly all of Telltale’s titles, The Prospect felt a bit truncated. You don’t interact with the scene as often. You only get two choices. The game itself was fairly short.

Sons of Anarchy: The Prospect costs $1.99. That is a good thing considering how short the first episode is. It only takes about a half hour to play through the entire story. By comparison, Telltale games are about two or three times as long, but also cost $5 each episode. There is a decent replay value since you can change the outcome of the story based on decisions you make.

If you are hoping that this title is on par with Telltale games, you will be disappointed. However, it is less expensive and has an interesting storyline. Fans of SOA will probably appreciate it the most since it immerses you in the world of the infamous bike gang. This game is available on the iPhone, iPad, and iPod touch. You can download it in the App Store today.

As I noted above, this game is similar to Telltale Games’ episodic titles.