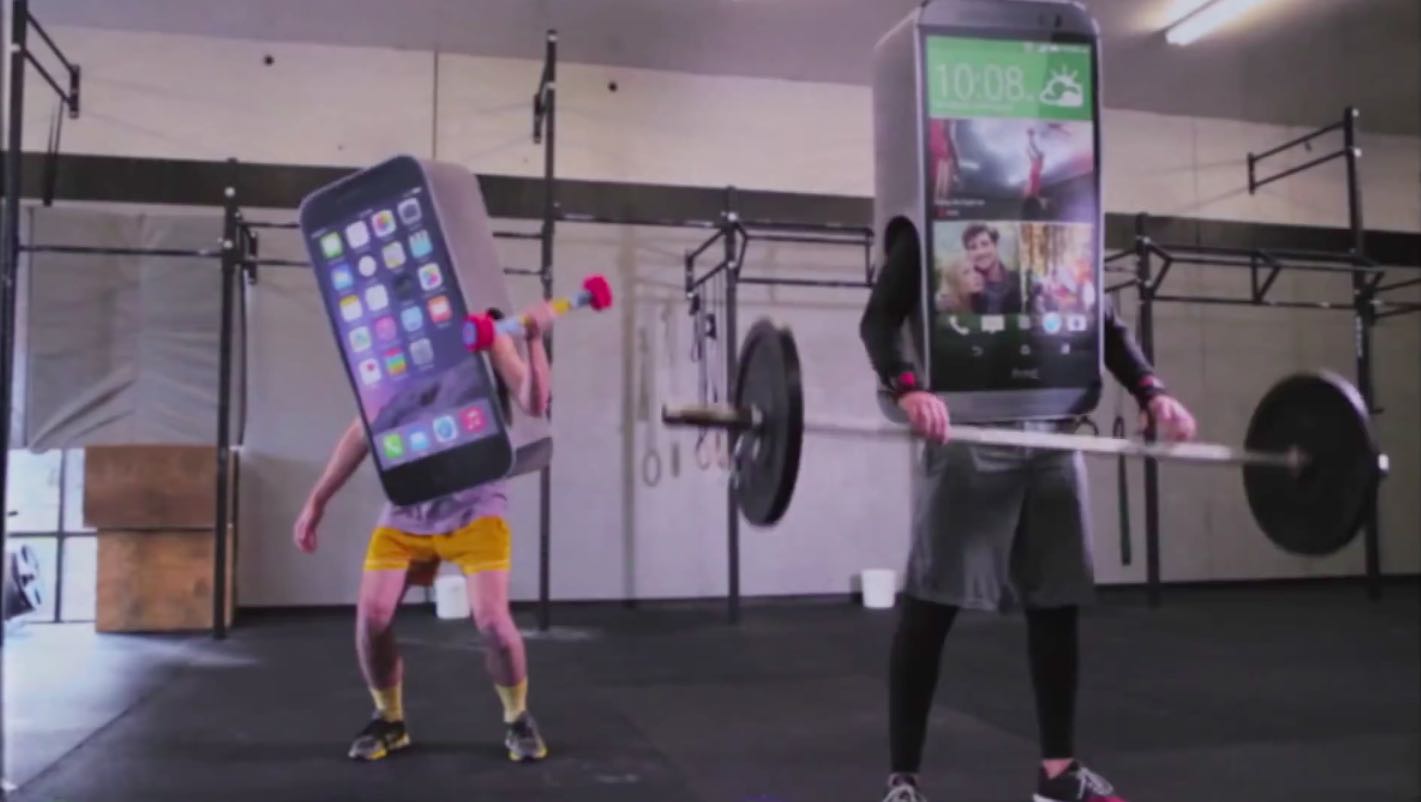 Somebody thought a rap music video about HTC would be a nice excuse to blast Samsung and Apple. In what could quite possibly mark the worst Apple ad attack ever, the cringeworthy hip hop anthem titled “Hold the Crown” sings praise to the HTC M8 handset while dissing competition.

“Your phone was all glass, why you changed your tune now?,” hip hop artists Greg Carr aka “Doc G” of the musical group P.M. Dawn raps in the video.

“Your chip is slower, but you’ll never touch our BoomSound,” the lyrics continue. Accusing “more than a few clowns” who stole “what we originated”, the music video goes on to proclaim HTC as the master of the universe and paint “your Galaxy” as “overrated”.

Engadget’s Nick Summers has the lyrics:

Y’all can’t be serious man.
Y’all trying to bite us now?
You know what I’m saying?
It took you six years to get what we got in two years!

You don’t know who we be?
We HTC.
And we about to say it loud.
HTC, we hold the crown,
Word to Peter Chou.

Biting our frame, but you’ll never steal or take away our name, baby,
look at here, and listen.

You’re smartphone scared,
They don’t want to clash with a Titan,
They saw that M8 debut,
They became enlightened.
Where I’m from, you don’t ever get respect for biting.
HTC One M8 is the best,
You are all invited.

Your phone was all glass,
Why you changed your tune now?
Your chip is slower,
But you’ll never touch our BoomSound.
More than a few clowns stole what we originated,
We own the universe, your Galaxy is overrated.
It took you copycats six times to get it right,
My One M8 is far too great, you’ll never touch this light

Gorilla Glass 3, Duo Sensor, dual speakers,
HTC is MVP your smartphone’s on the bleachers,
Internal battery strong,
But if my power’s low,
I stay alive with Extreme Power Saving Mode,

Make like the nerdy bloggers
Put it in your pocket now,
HTC cannot be beat,
Help me say it now!

HTC, HTC,
I say it loud,
HTC, HTC,
You know that we hold the crown,

Yeah, HTC,
The greatest smartphone ever created baby,
One M8,
Far too great for y’all competition,
So stop, look and listen,
I say it loud,
We hold the crown,
My word to Peter Chou.

The full MP3 can be downloaded for free here.

And here’s the full interview with PM Dawn’s Doc G that HTC America published on its YouTube channel.

Doc G, whom HTC’s own MC D-Bruce calls the “HTC superfan,” is credited with composing the HTC anthem. If you’re into hip hop, Doc G is the cousin of Attrell Cordes aka “Prince Be.”

What did you guys think of the video? Should Apple’s Dr. Dre respond?

If you ask me, it all but one-ups Samsung’s terrible rap video about its sustainability report, included above.