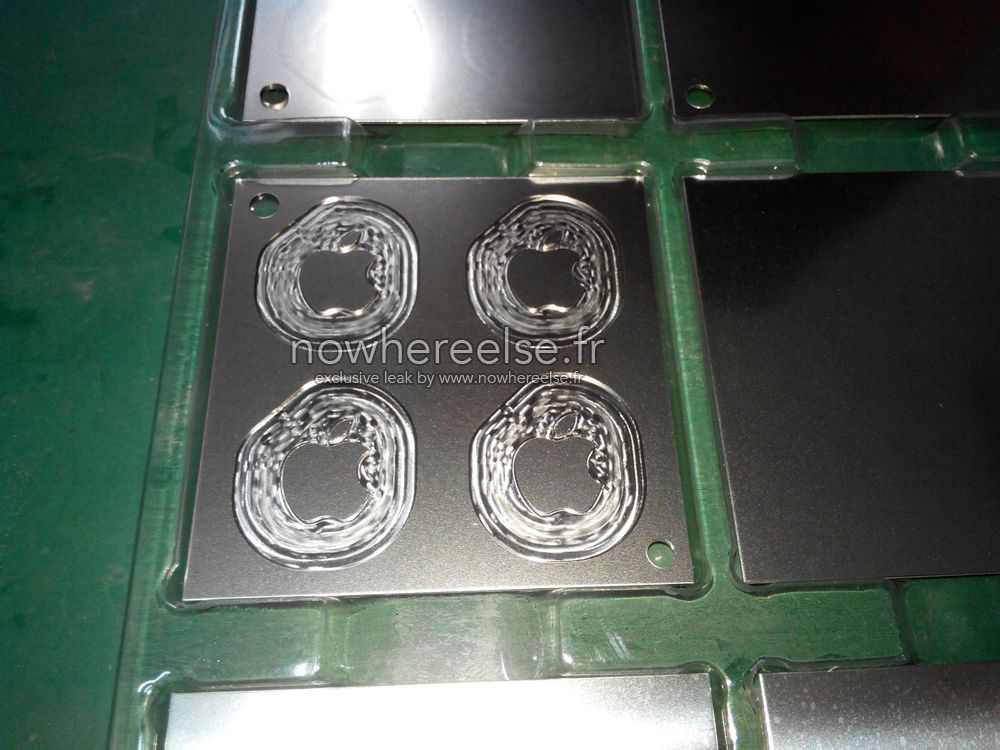 As soon as Chinese website iFanr posted a bunch of photos last night showing what appears to be a display assembly for Apple’s rumored twelve-inch Retina MacBook Air, one particular design feature immediately stood out: a polished logo on the lid.

And if the latest leak published by French blog NowhereElse.fr is anything to go by, it seems that Apple’s radically redesigned notebook will in fact lose its traditional backlit translucent logo on the lid in favor of a metallic one that doesn’t glow.

A source who obtained the part back in late December told NowhereElse that it was designed for a brand new product. The publication clears up any possible confusion by stating that iPhone 6 logos are sent to the assembly lines in batches of six units, not four like you see on the top image.

NowhereElse sat on this info for weeks until iFanr’s claimed photos of the notebook’s display assembly came along, clearly showing a polished rather than the traditional translucent Apple logo on the lid (see below). 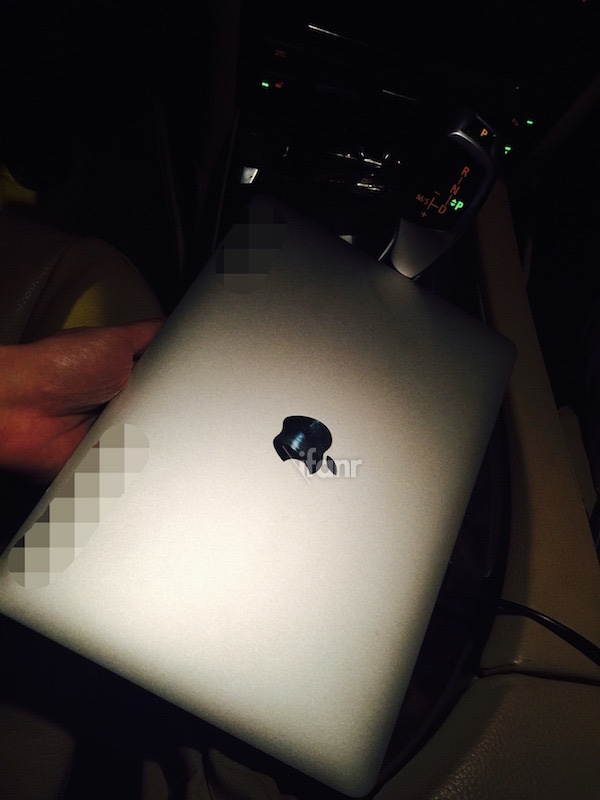 Another reason why the obtained part isn’t necessarily one of the previously leaked iPhone 6 parts: the area surrounding the logo occupies a much larger surface.

To make its point, NowhereElse scaled up the original iPhone 6 logo seen on the far right on the above photo. You can clearly see for yourself that the resulting surrounding area is much larger than that of its iPhone 6 counterpart.

For what it’s worth, DigiTimes, a hit-and-miss Taiwanese trade publication, alleged that Apple is about to switch to laser cutting and advanced embedding technologies. The new process technology is supposed to make the logo on the company’s upcoming products “3D-like and shine at the edges”.