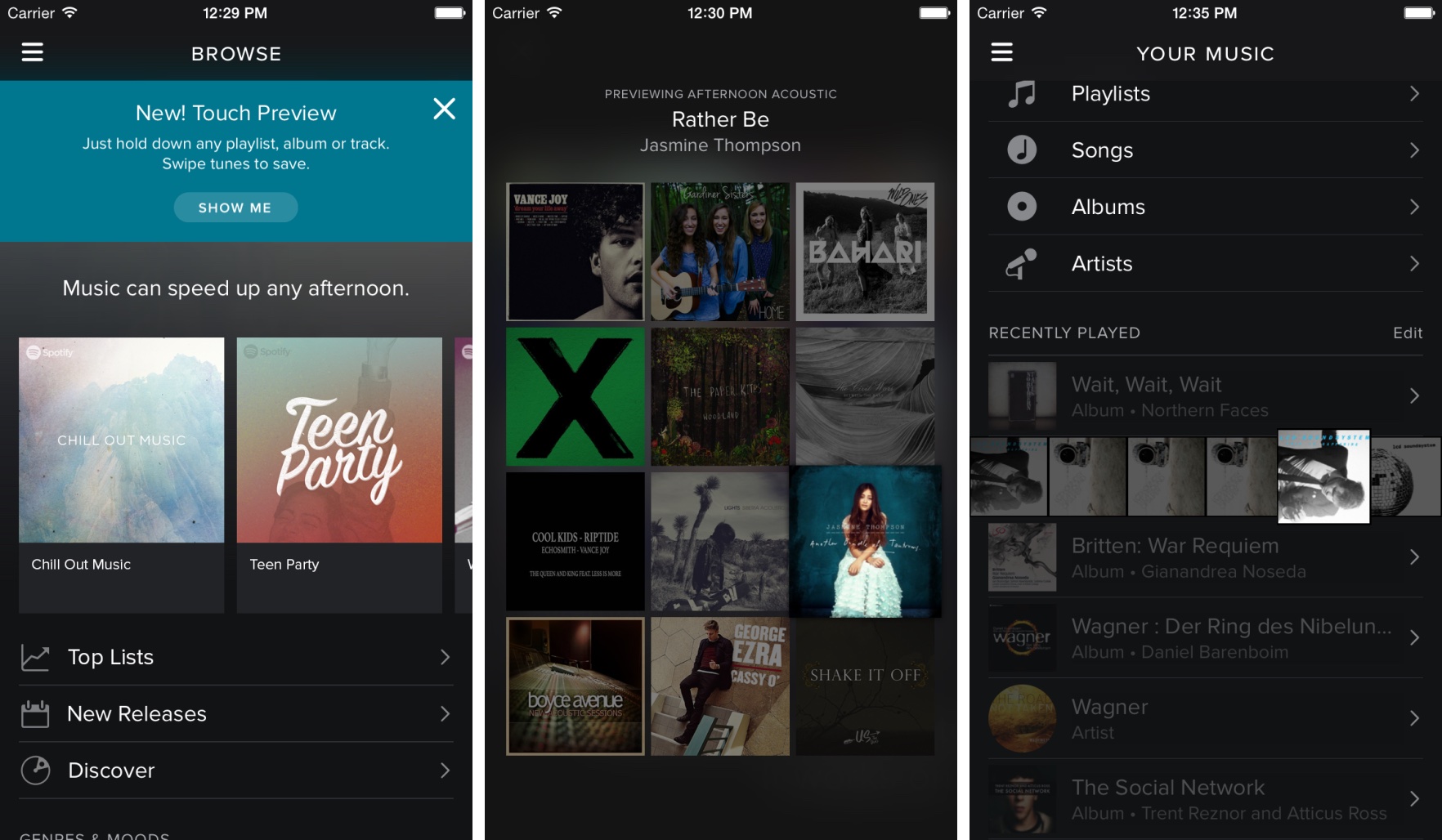 The leading music-streaming startup Spotify on Thursday announced a better way to preview music using new gestures in its iOS app. Dubbed Touch Preview, the feature allows music lovers to get a sneak peek of any playlist, song, album or artist by holding down their finger to start the music playing instantly.

“It means less time looking for the perfect music, and more time actually listening to it,” wrote the company.

If you like a song you’re previewing using Touch Preview, you can quickly add it to your collection by left-swiping. Both Touch Preview and the new swipe gestures are available to iOS users from today, and will soon be rolled out across other platforms.

Spotify’s previous update brought native display support for the new iPhones and a handy music discovery feed called Top Tracks In Your Network, which gets automatically populated with the music the people you follow are listening to right now.

The 32.7-megabyte app requires an iPhone, iPod touch or iPad with iOS 7.0 or later.