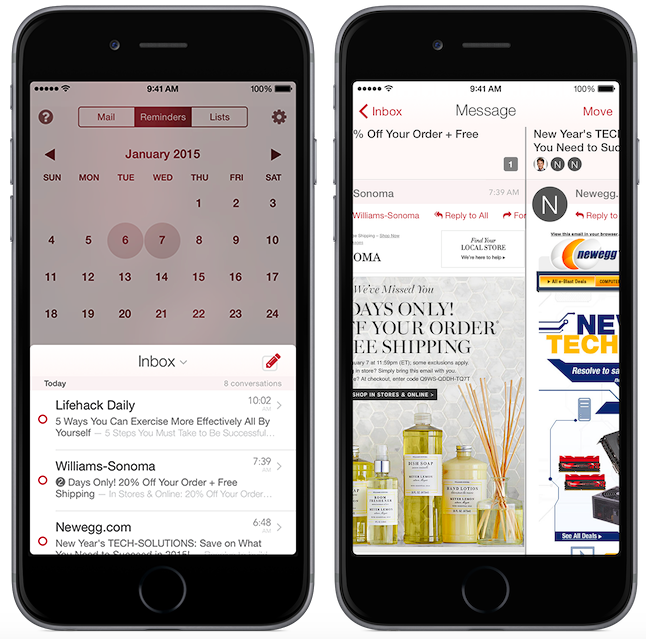 Following its iOS and OS X debut in April 2013 and January 2014, respectively, Mail Pilot, a powerful task-focused email application by Mindsense, is about to get a whole lot better and prettier.

Mail Pilot 2, currently in beta, looks really nice with its overhauled interface that was redesigned around getting you on your with your day even faster.

Just earlier this week, Mindsense, the brains behind Mail Pilot, has shared some of the upcoming enhancements in a brand new preview video. You may not necessarily need yet another email app in your life, but I urge you to give this clip a quick watch as it could make you reconsider your stance.

The most customizable Mail Pilot yet, Mail Pilot 2 will make it easy to set reminders with a single gesture, Mindsense said. As is the norm nowadays, developers have implemented the ability to swipe messages to complete them, and flick off the rest. 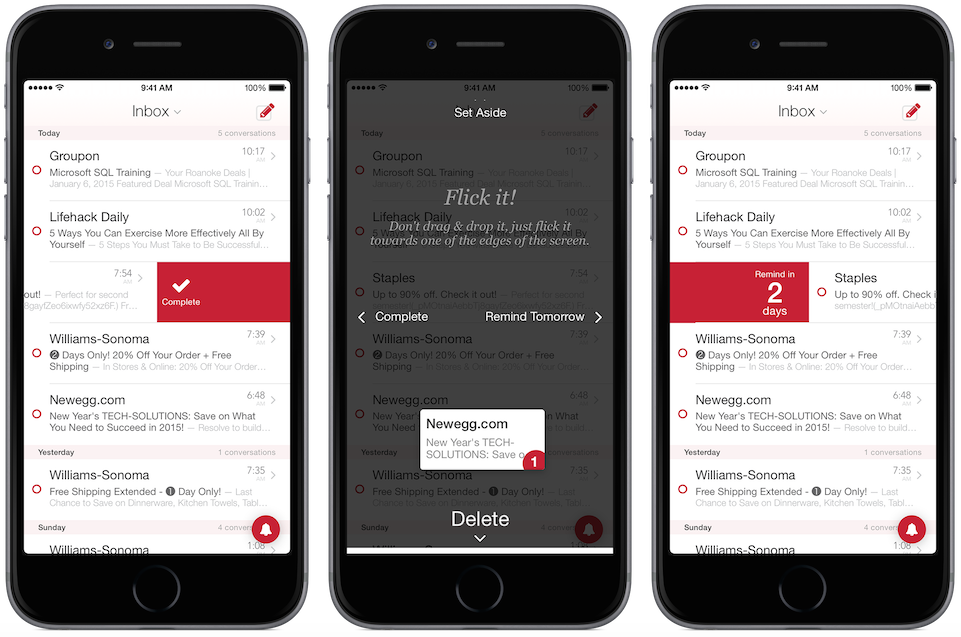 You’ll be also able to swipe your way from message to message (one swipe will always take you back to the inbox), bulk delete messages and more. Other confirmed enhancements include support for aliases and the integrated ability to attach files straight from Dropbox, Box, One Drive or Google Drive.

Mail Pilot 2 will be arriving before the end of January as an iOS 8-only release.

You can sign up for beta or register your interest to be notified at launch over at the official website.

To learn more about what makes Mail Pilot so special, I urge you to read an in-depth review of the Mac edition by my colleague Lory Gill.

MailPilot for iOS is ten bucks in the App Store.

The Mac edition is twice as much.