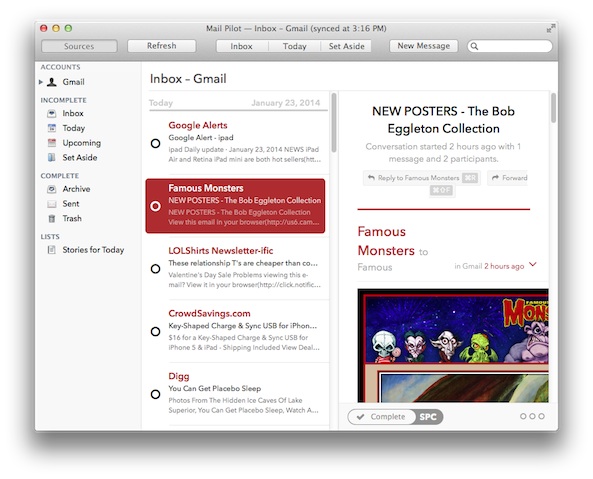 I’ve had my Gmail account since 2005. Prior to that, I used a Hotmail email account for a few years.  I may have had a couple of others in there from time to time. My point is that I’ve been using the same type of email activity for more than a decade. I’ve been using the same email service for nine years straight. Changing the way I do email was never something I thought I’d be interested in.

Mail Pilot for Mac does just that. It changes the way you deal with your email. It’s not one of those dedicated “inbox zero” apps. It is more like a productivity app that happens to use your email as the list of things to do…

The design of this third-party mail client is undeniably sleek. It is clean, clear, and easy on the eyes. The main theme is flat white and email subject lines, as well as a few other accents, are deep red. The window itself is light gray and has the same look as Safari’s browser window (I believe the font is even the same).

All of your email account information will be listed on the far left with your email inbox directly to the right of it and the message window on the far right. At the top of the window, you can hide the account information by clicking on the “Sources” button. The email sync button is right next to that. The four buttons at the top-center of the window let you quickly access the general inbox, emails you’ve set reminders for today, messages you’ve set aside to read later, and correspondences you have set reminders for a future date.

At the bottom of the message window, there are six activity buttons, each with a keyboard shortcut listed next to it. The buttons let you mark an email as complete, set it aside to read later, set a reminder for later, add it to a list, delete it, or send it to a folder.

Email threads are listed by the first one sent, instead of the most recent one. Although I got used to reading most recent emails first, I really like this feature. It makes conversations flow better. I don’t have to scroll down to an earlier message and then read upward. If you get a new message in a thread, the unread correspondences will be the only ones listed first. You won’t have to start at the beginning of a 15-email thread.

By default, your emails’ preexisting folders are hidden. However, you can access them by selecting the email account and clicking on the arrow next to it. This will call up all of your folders.  I normally use Airmail on my Mac and this app also generates the folders that are specifically related to my Airmail account (Done, Memo, and To Do). 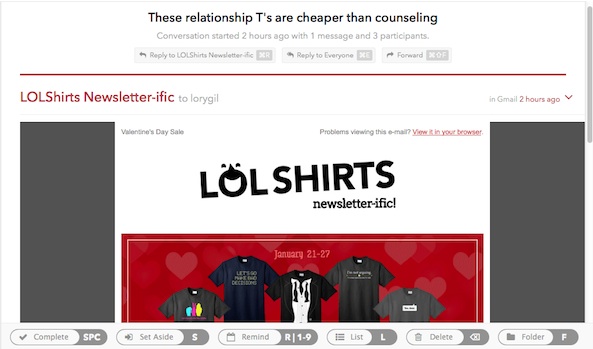 Here is where things get a bit tricky. As I mentioned above, I am firmly planted in my email activities. When I first started using Mail Pilot, I hated it. Everything is different. After testing it for about a week, the to-do style features have really grown on me. I’m getting through emails much faster than before. Messages that would normally sit in my inbox until the weekend are now in a reminder folder. Conversations that come up while I’m working are set aside for later so I’m not as distracted during the day. I’m getting used to the changes, and I like it.

Mail Pilot is compatible with all standard IMAP accounts, including Gmail, iCloud, Yahoo, Outlook, and more. It does not support POP mail, Exchange accounts without IMAP enabled, or SMTP accounts that don’t support authentication. Keep that in mind before you buy this app.

Now to explain the difference between Mail Pilot and traditional email clients. First off, there is no designation of new emails. The subject isn’t bold. The color doesn’t change. There is no blue dot to distinguish unread emails from read emails. That was very hard to get used to. However, it kept me from distractions. Throughout the day, if I see that I have new email, I am compelled to check it. The only way you know if you have new mail is either the notification that pops up, or the badge number that appears. While I think I’d rather have my inbox distinguish unread messages from read messages, I can see how this reorganizes what is important for getting things done. 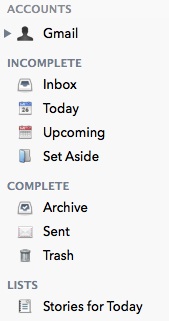 The inbox is listed under the “Incomplete” section, which just made me feel bad at first. However, I quickly realized that the idea is that you should have everything in your inbox “done” so that there is nothing left to read, address, respond to, or forward. Calling the inbox incomplete is brilliant for someone like me who can’t stand having things unfinished.

To get your inbox complete, either address them, or send them to a different section. For example, if you need to respond to an email, but don’t have time right now, set it aside by clicking on the “Set Aside” button. It will move it to the Set Aside folder so you can look at it when you have more time. If you need to address an email, but you can wait a day or two, set a reminder for the date by clicking the “Remind” button. This will move the email to the “Upcoming” folder. When you go to the Upcoming section, you will see emails that need to be addressed in the future, listed by date.

If you are able to address an email, when you are finished, click “Complete” and the email will get a big line through it and move to your Completed folder. Very satisfying.

I think one of the major complaints about Mail Pilot is that it completely and unapologetically changes the way you deal with email. There are a lot of things that most people are so used to that they will think this app is broken because it doesn’t have those features, too. The point of this email client is that it is completely different, whether you like it or not. 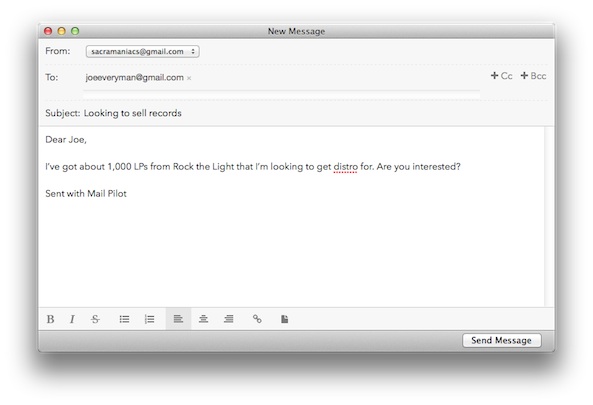 This whole “inbox zero” thing has been hyped for a few years now. Some people love it. Some don’t really have an issue with emails sitting in their inbox for years. I am part of the latter category. Sure, it would be nice to empty my inbox, but I’m not pulling out my hair over it.

For the first time in more than a year, I actually got to inbox zero while testing this app. I had no idea it could feel so good to see an empty inbox. I checked Gmail from my web browser and, sure enough, the dang thing was completely empty. I know that about 80 percent of those emails were simply moved to a different folder (Gmail automatically created Mail Pilot folders based on my actions in the app), but it still felt good.

There are a few things wrong with this app that are not related to the fact that it is completely different than traditional email clients. For example, you can’t highlight and copy subject headers. I actually do this fairly regularly and there is no reason I shouldn’t be able to copy and paste an email subject line.

Additionally, there seems to be a problem with hyperlinks. Some of my emails would include a clickable link, but many times (more often than not), the URL had to be copied and then pasted into a web browser.

There is no method for marking an email as spam. In fact, I’m not totally sure where spam messages are sent, since there is no folder for it. I received a couple of emails that I’ve previously marked as spam through Airmail, but they showed up in my inbox, anyway.

Probably the worst problem with this app is that some messages seem to disappear. For example, I sent a handful of messages to a reminder folder for “tomorrow.” Two days later (after the deadline for the emails), I checked my reminders folder and they weren’t there. They reappeared a few hours later when I restarted my computer. But, it is scary to think that important emails might go missing, even for a short period of time.

Mail Pilot is $9.99, and that is 50 percent off. Yes, it is expensive. It is difficult to justify spending that kind of money on an email client. However, keep in mind that this is unlike any email client I’ve ever used. It literally helped me clean out my inbox to empty, something that I have not done in over a year. Is that worth ten bucks to you?

This is a difficult review. On the one hand, I found the mechanics to be nothing short of frustrating at first. On the other hand, after getting used to a different way of thinking, I was very pleased with the outcome. The premium price tag doesn’t make it easy to give a shining review, though. Basically, if you are interested in turning your email activities into to-do list actions, you will probably love this app. It truly facilitates getting through your email inbox. If you are willing to make the jump, this app is available in the Mac App Store.

As far as I know, there is no mail client like this one. However, my favorite third-party Mac mail client is Airmail. Sparrow was a hugely popular Mac email client, but it hasn’t been updated since Google bought it out.