The Apple Maps app has received a fair share of criticism since it was released along iOS 6 in September 2012, and rightfully so. When it first launched, the app was filled with gross locations errors that made for some funny and sometimes dangerous situations. To this day, Apple Maps still isn’t perfect, but we can all agree that the app has greatly improved.

Ever since the release of Apple Maps, the company has quietly been opened to receive input from users about the data used in the app. While the option to report a problem in Apple Maps isn’t new by any means, it’s probably one that is very much overlooked, hence this post today.

I have reported a few problems to Apple myself and have had them all taken care of, usually in a couple of weeks or so. If you see wrong data in the Maps app, I encourage you to report the problem to Apple. It’s very likely that they will look at your report, and take measures to fix the problem if necessary.

How to report an issue with a location in Apple Maps

To drop a pin, simply tap and hold your finger on the screen where you want the pin to be dropped. It’s that simple. In this example, we’re going to report that the Breakfast Republic restaurant in Encinitas is not accurately located on the map. And for those asking, I didn’t make this up. This Breakfast Republic is indeed showing at the wrong location in Apple Maps, despite listing the right address. 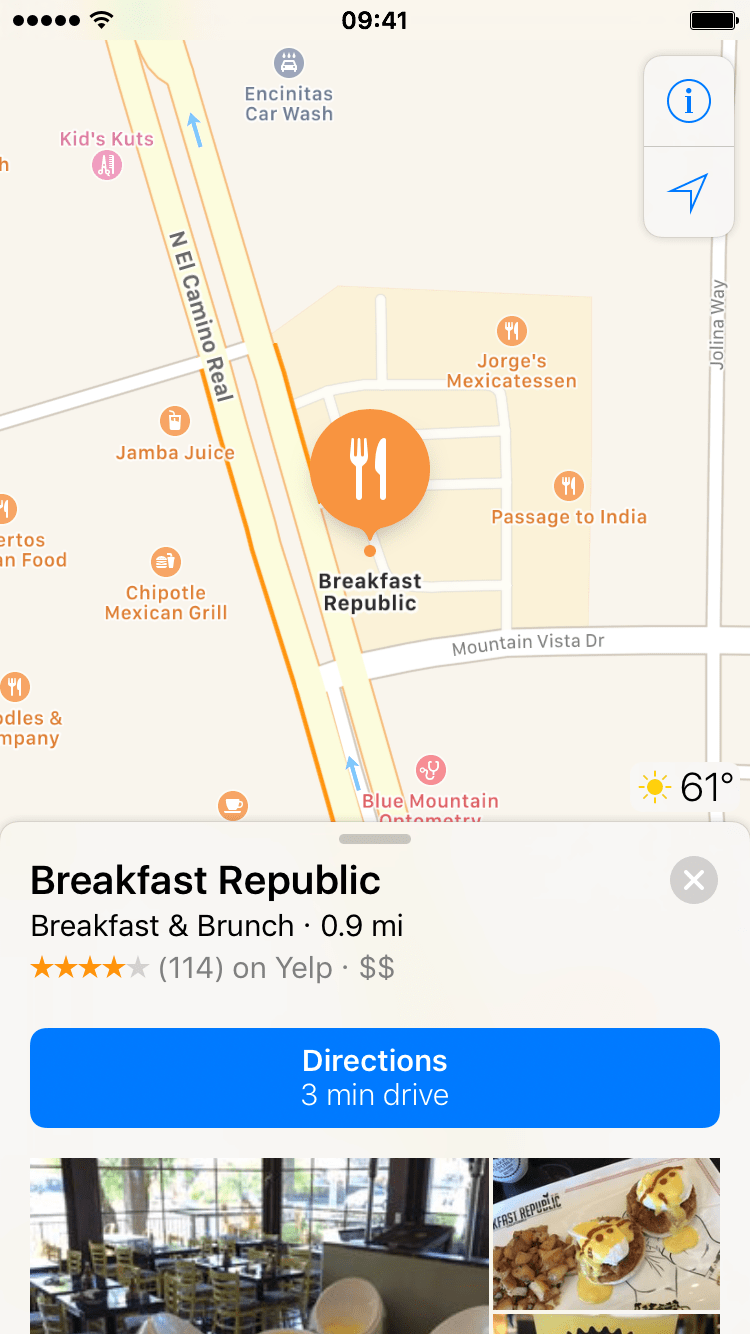 Step 2: Swipe up on the restaurant’s information card to reveal it, then scroll down to the bottom where it says Report an Issue. Select this option. 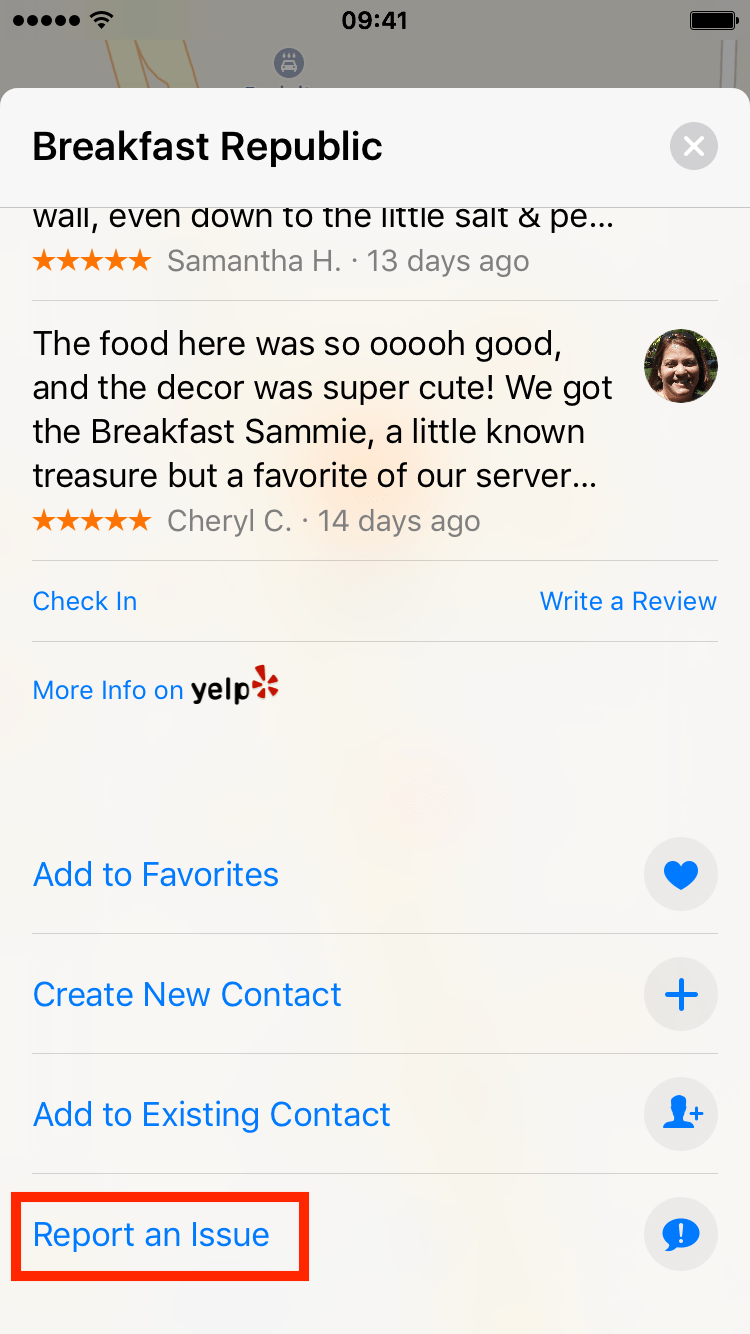 Step 3: From there, several options are offered, depending on the kind of problem you want to report. You have the option to report wrong location on the map, incorrect location details, a location that is now closed, or if none of these options work for you, you can also select the Other Issue option. In our case, the problem clearly is that the location is incorrect, so we’re going to choose the Location on Map option. 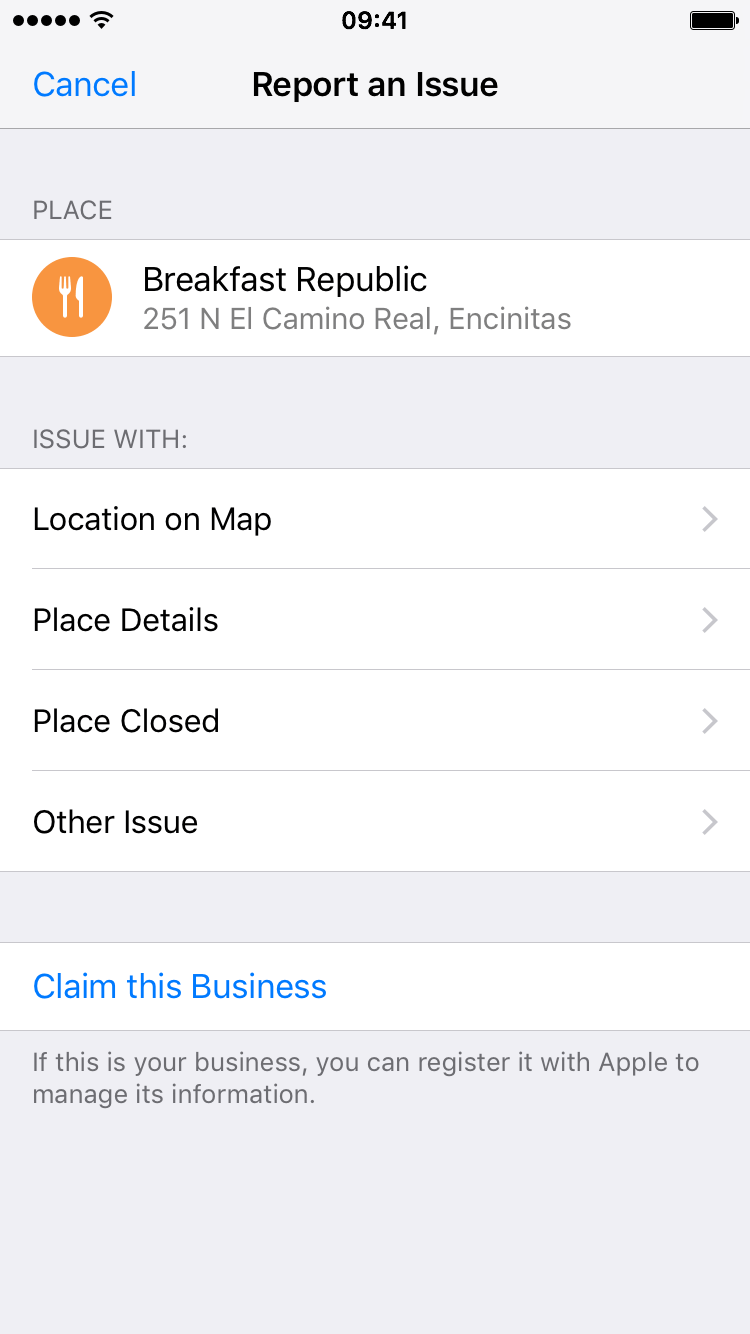 Step 4:  You will now be presented a satellite view of the location. With your finger, drag the map to position the pin on the exact location of the business. Tap Next to go ahead. 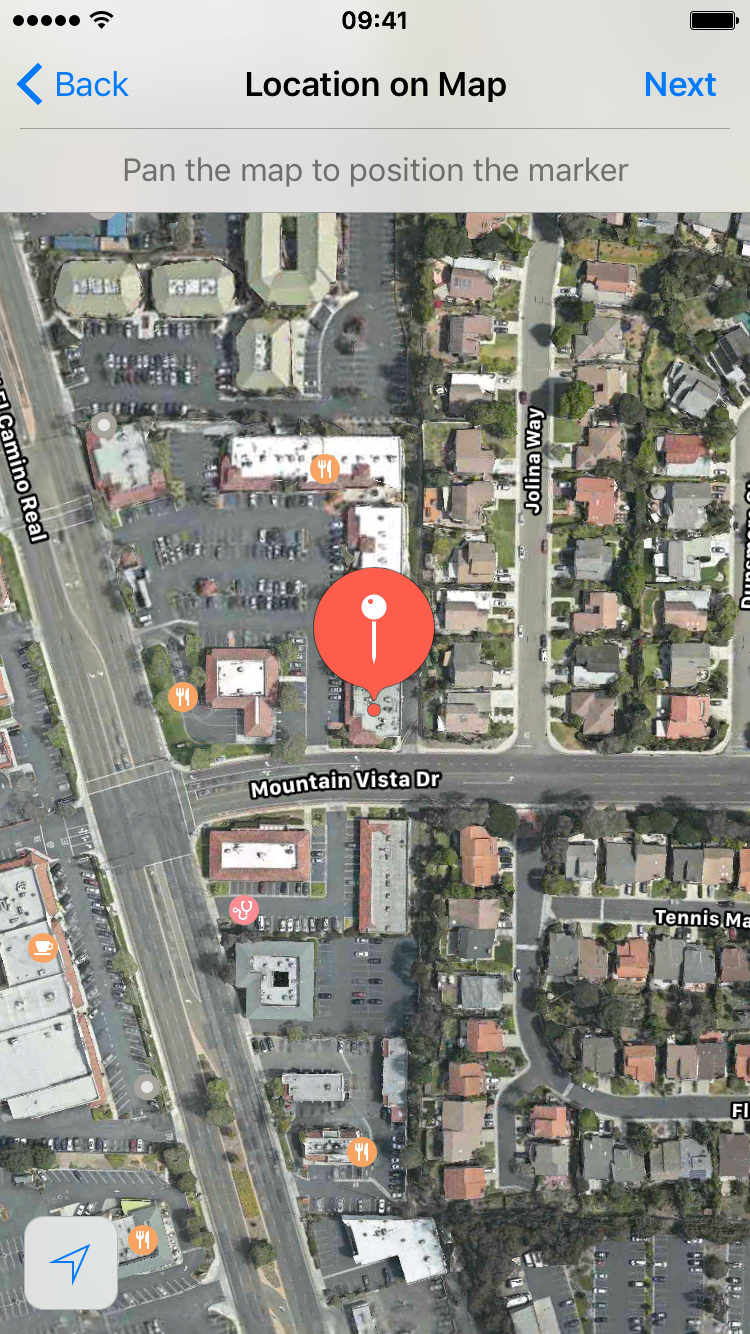 Step 6: As an option, you can provide additional information about why you are submitting this report. In our case, I am explaining that the location on the map was slightly off. Tap Send when done to submit your report. 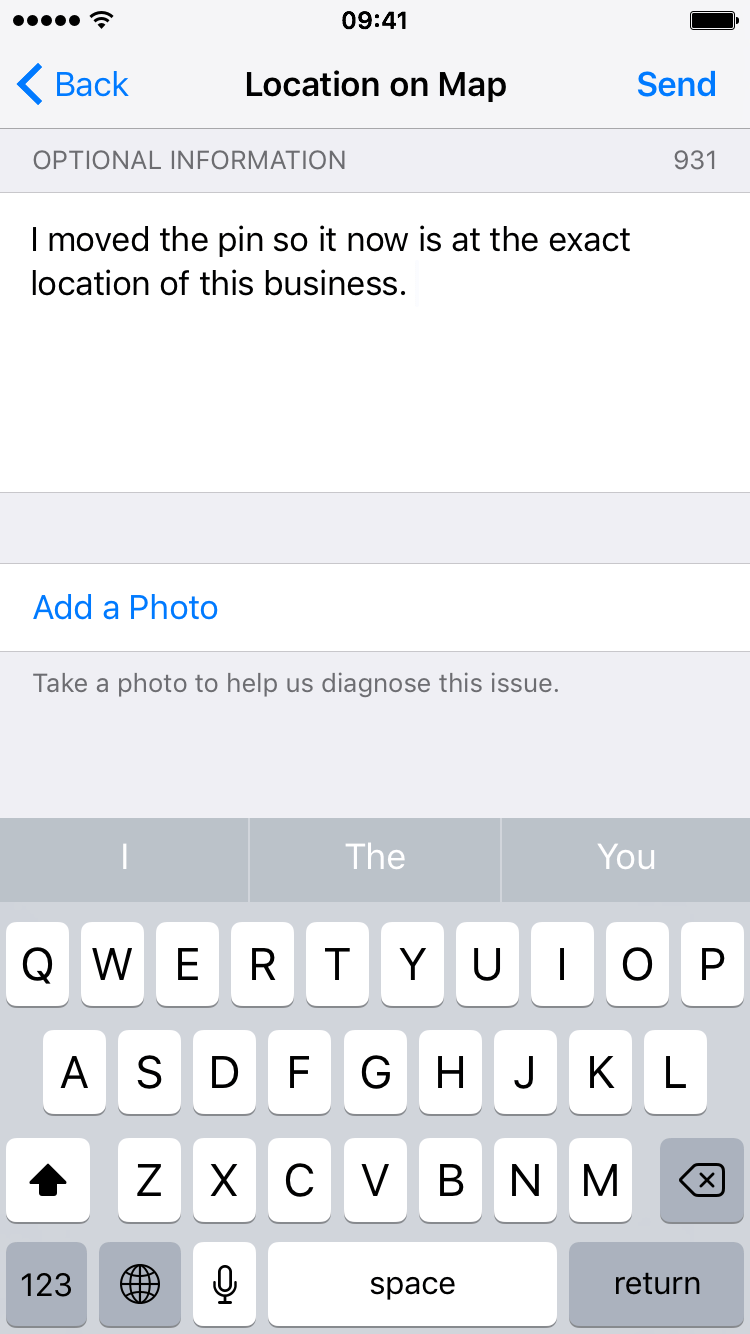 Step 7: A message will then confirm Apple received your report. Tap Done when you’re finished.

It’s as simple as that. Sometimes, all it takes is a little community effort to make things better. That applies to iOS too.