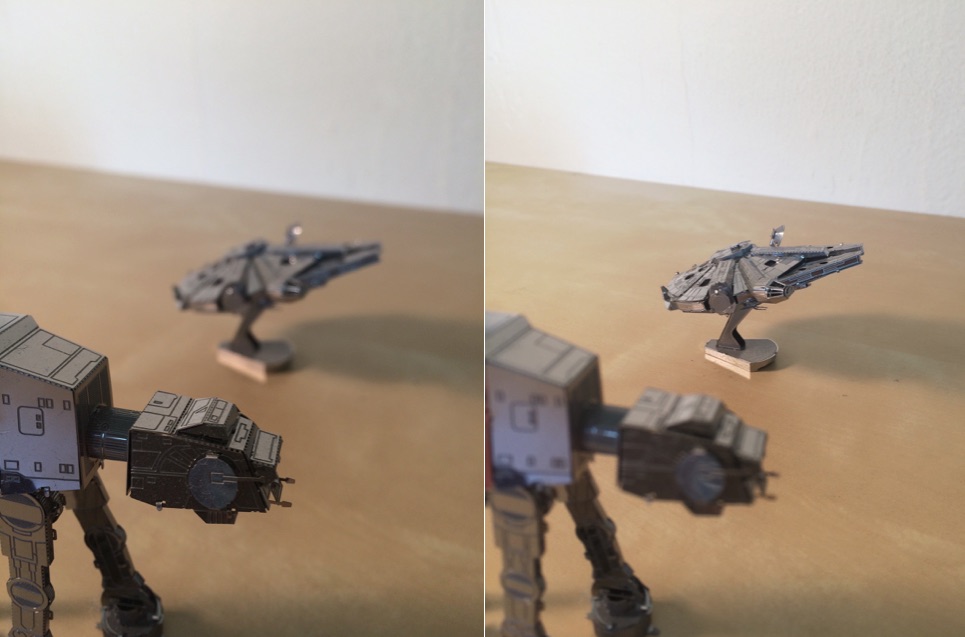 I’ve been enamored by the Lytro since I first heard about it in 2012. If you don’t know about it, the Lytro is a light field camera with technology that allows users to refocus and change perspective of a digital photograph after its been taken. Unfortunately, the Lytro is way out of my price range.

MultiCam – Set Focus/Exposure After Shoot takes some of that technology and brings it to the iPhone so you can take incredible depth of field photos and change which objects are in focus. We’ve got a detailed app review of MultiCam for you today.

The app’s interface is very simple. There are not a lot of controls, which makes it easy for you to get in and get started taking pictures. The app opens up on the in-app camera (you can’t use pictures from your Camera Roll), which has the focus grid set in default. The shutter button is at the bottom of the screen. The settings section is next to the shutter button.

You can adjust the number of exposures and focus points in the settings section, which alters how many, and the type of images the app will capture. You can also turn off the focus grid in the camera viewfinder by tapping the icon at the top of the screen.

The in-app camera also works with the front-facing camera, but only takes one focal point picture. You will, however, be able to adjust the exposure with up to four different lighting captures.

After you’ve taken a picture, you can view the multiple focus angles in the Editor. In this section, you can view a series and adjust the focus and exposure to find the perfect shots. Then, export those perfect images to your Camera Roll. 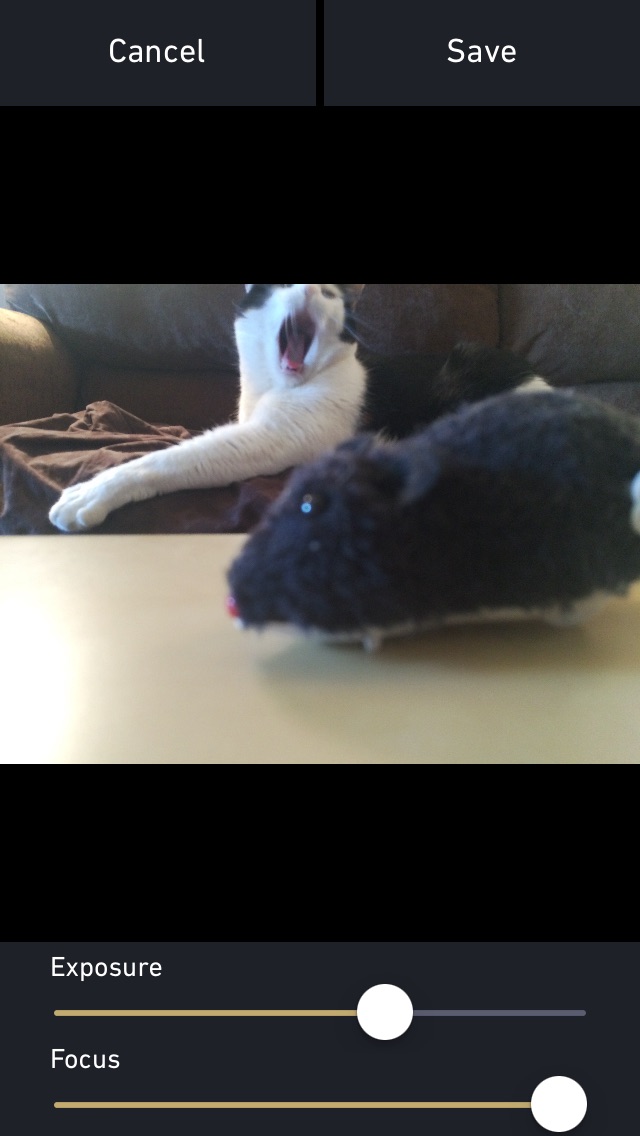 After setting up the focus and exposure options, try to get two objects in your picture, one closer than the other. This makes the best depth-of-field style picture and makes the most use of MultiCam’s abilities.

When ready, tap the shutter and the app will automatically capture the number of pictures you’ve selected (one, nine, 12, or 15) in about half second intervals. The amount of time it takes to take a picture changes, depending on the object in focus. Sometimes, it takes even less time. But sometimes, it takes a bit longer.

After you’ve taken the series of pictures, go to the Editor by tapping the small picture icon in the lower right corner of the screen. When you tap the series, you’ll see one picture with two sliders at the bottom of the screen. The top slider is for exposure and the bottom is for focus. Here is where the fun begins. When you move the focus slider, you can watch your pictures change. The forefront object will be in focus at first, and then the image in the back will be in focus. It is pretty cool.

You can then select a specific picture and save it to your device’s Camera Roll to share with others. Unfortunately, the whole series can’t be shared with others the way Lytro has their living photo gallery.

But, for $1.99 (as compared to the Lytro, which starts at about $250), you can have the experience of multiple focal points in one picture, which is pretty fun. 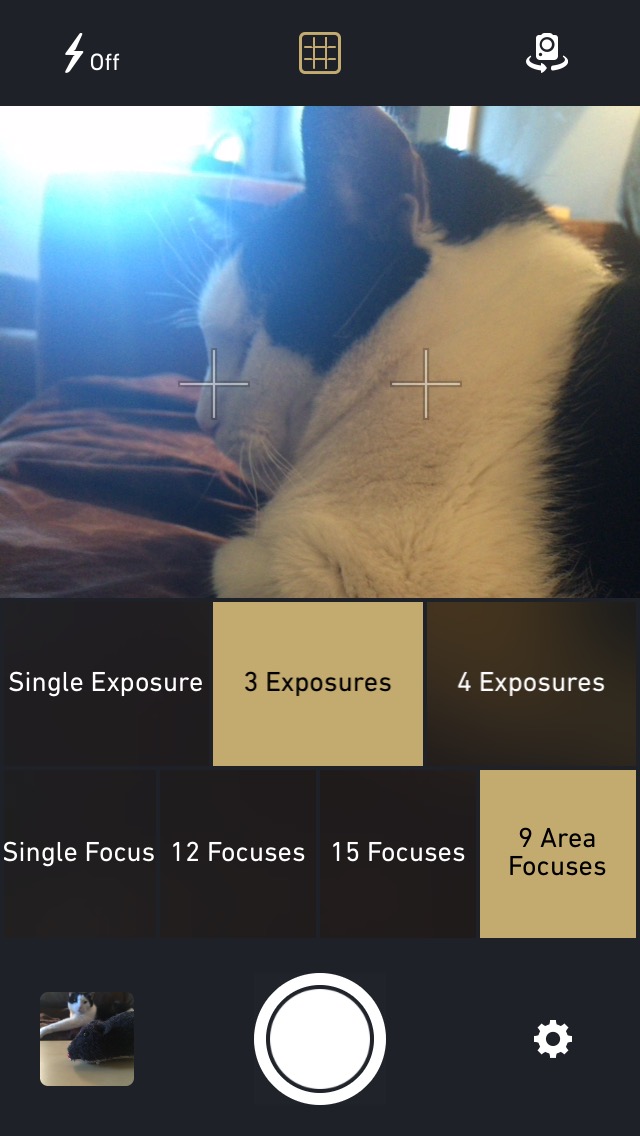 It works exactly as it should. With practice and planning, you can get a series of pictures that moves the focus between multiple objects. It is almost like having a Light Field camera right on your iPhone.

This app desperately needs a social gallery where people can share their projects. Otherwise, this is little more than an app that automatically refocuses on different objects so you don’t have to. It’s the focus slider that makes it worthwhile. I want to refocus other people’s pictures and let them do the same with mine.

MultiCam costs $1.99, which is an exact right price for the features. It isn’t quite so advanced that you are actually able to create Lytro pictures on your iPhone, but it does take advantage of your device’s technology to create something similar. You won’t be disappointed in its capabilities for the price.

If you’ve loved the idea of light field camera photography can do, but don’t have the financial means to make it your new hobby, MultiCam will satisfy some of that desire to make a living photograph. Unfortunately, you can’t share your projects with anyone else, only single shots, so the fun of going around refocusing objects is only possible with your own series. However, it is still worth it, just for the fun of seeing your pictures come to life right on your iPhone. This app is available on the iPhone, iPad, and iPod touch. Download it in the App Store today.

FocusTwist is similar, but focuses on foreground and background only. It also includes a social website gallery where you can view and interact with the projects.

What do you think of MultiCam? Let us know in the comments below.