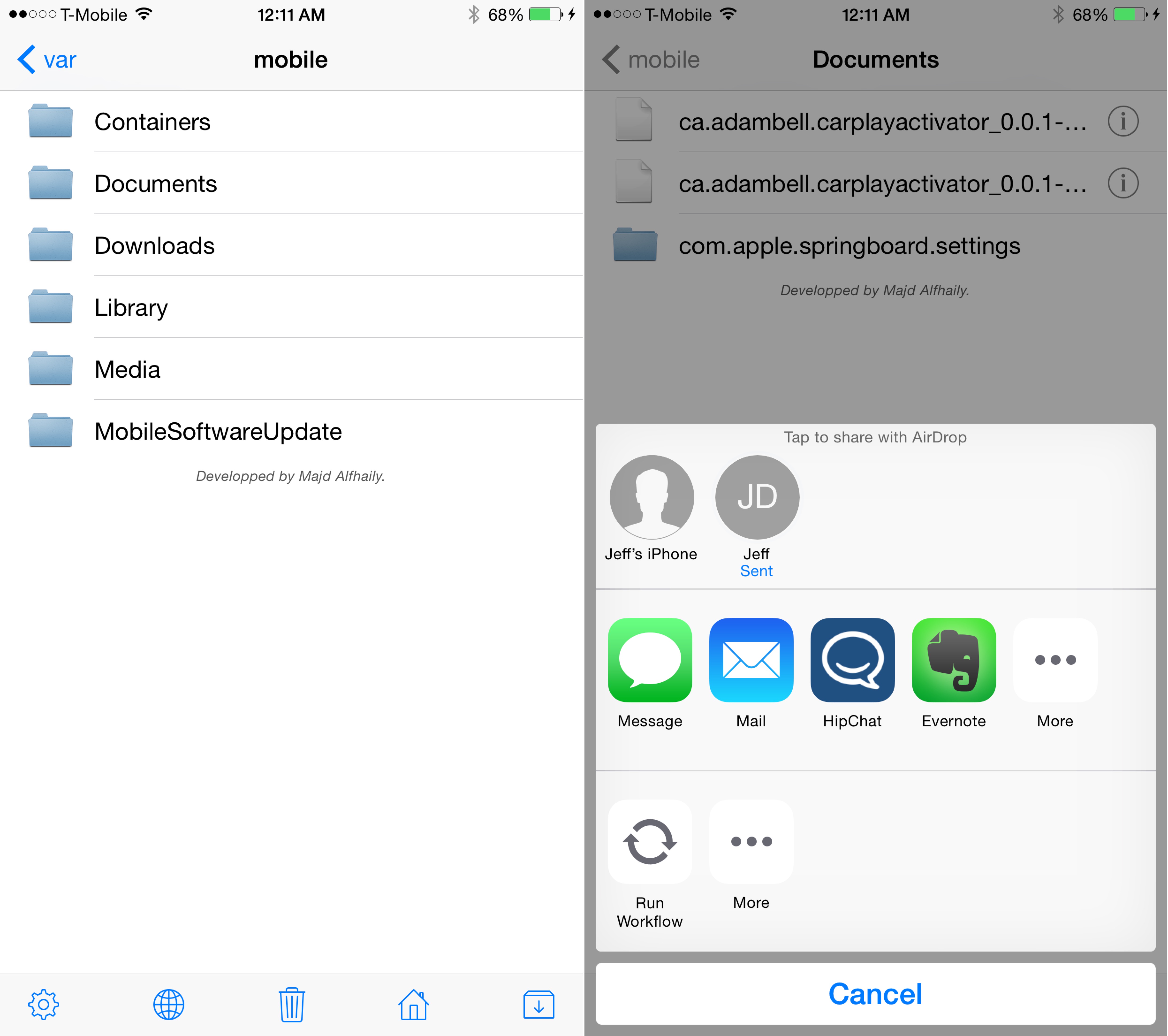 Developer Majd Alfhaily is back with a new iOS 8-ready version of AnyDrop, the jailbreak app that allows you to share any file via the built-in AirDrop feature on iOS 8. Entitled AnyDrop 3, this latest version of the app supports both iOS 7 and iOS 8 out of the box. If you’re interested in unleashing AirDrop, making it compatible with native file system files and even Music app tracks, then AnyDrop 3 is a jailbreak app that’s worth investigating.

After installing AnyDrop 3, you’ll need to find the AnyDrop app icon on your Home screen. The AnyDrop 3 interface is basically an iFile-like interface, meaning that you can browse the entire native root file system in search of files that you wish to share.

Once you stumble upon a file that you want to send to another device, simply tap the blue ‘i’ button next to the file, and the Share sheet will slide into view. Any AirDrop devices that are nearby will automatically appear, and a simple tap on the desired AirDrop destination will cause the file to be sent.

It should be noted that AnyDrop 3 allows you to send any file to other iOS devices and Macs running OS X Yosemite. However, AnyDrop 3 works best with iOS when you’re sending to a jailbroken device with iFile installed, because iFile allows you to open a plethora of filetypes.

AnyDrop 3 also contains a few other notable features like YouTube support and the ability to send DRM-less music files directly from the Music app. Don’t get too happy though, only music that has been manually synced via desktop iTunes is eligible to be sent.

AnyDrop 3 is a legitimate jailbreak app that truly empowers AirDrop users. If you use your iPhone’s native file structure on a regular basis, then it’s a no brainer for getting more out of the AirDrop technology. You can find AnyDrop 3 for $2.49 on Cydia’s BigBoss repo. If you’re an AnyDrop 2 customer already, then AnyDrop 3 is a $0.99 upgrade. If you purchased AnyDrop 2 within the last month, the upgrade is absolutely free.