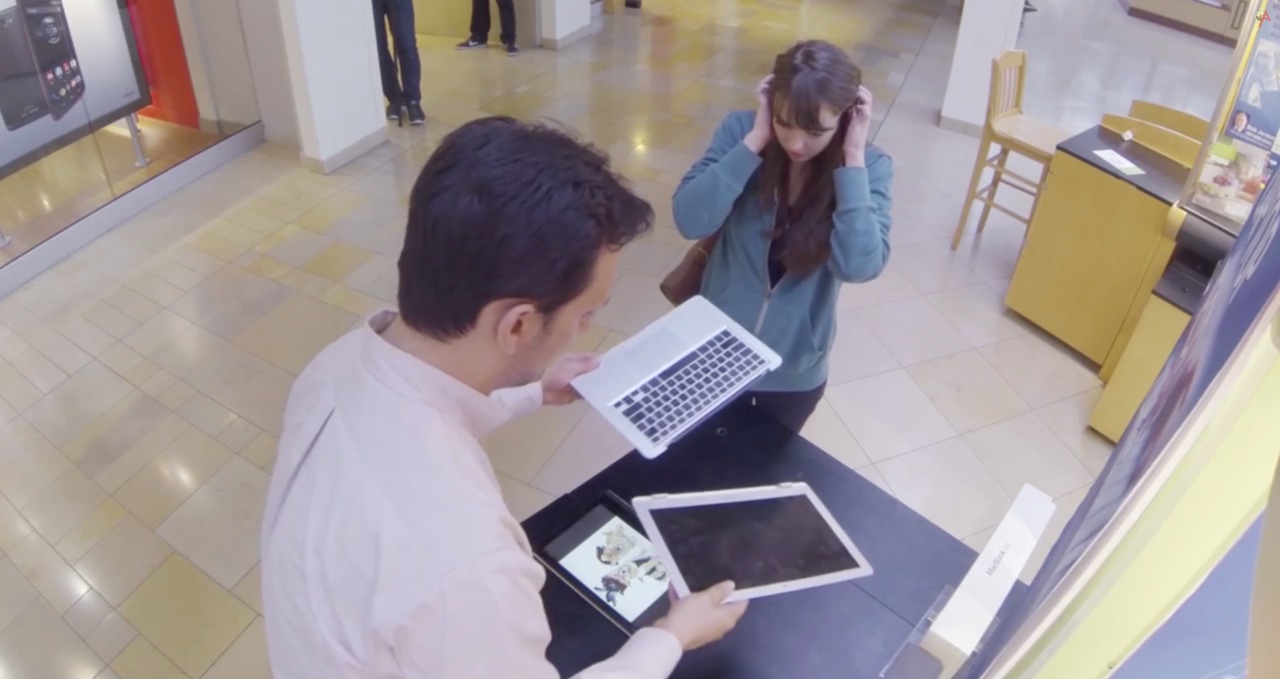 You may recall that Lenovo recently teamed up with Microsoft on a television commercial which dissed the MacBook Air because the ultra-thin Apple notebook is not a convertible machine like Lenovo’s Yoga 3 Pro. Now the computer maker is back at it with a new video Tuesday.

By breaking MacBooks in half to demonstrate how the Yoga 3 combines two devices into one, a traditional laptop and a tablet.

The video runs two minutes and 26 seconds long, give it a watch below.

By the way, the Yoga 3 was designed by Ashton Kutcher, who works as a Product Engineer for the Chinese firm.

The Lenovo machine isn’t bad at all.

It’s foldable, 13mm thin (versus the MacBook Air’s 17mm on the thickest part), runs Windows and Office software, has a physical keyboard and more.