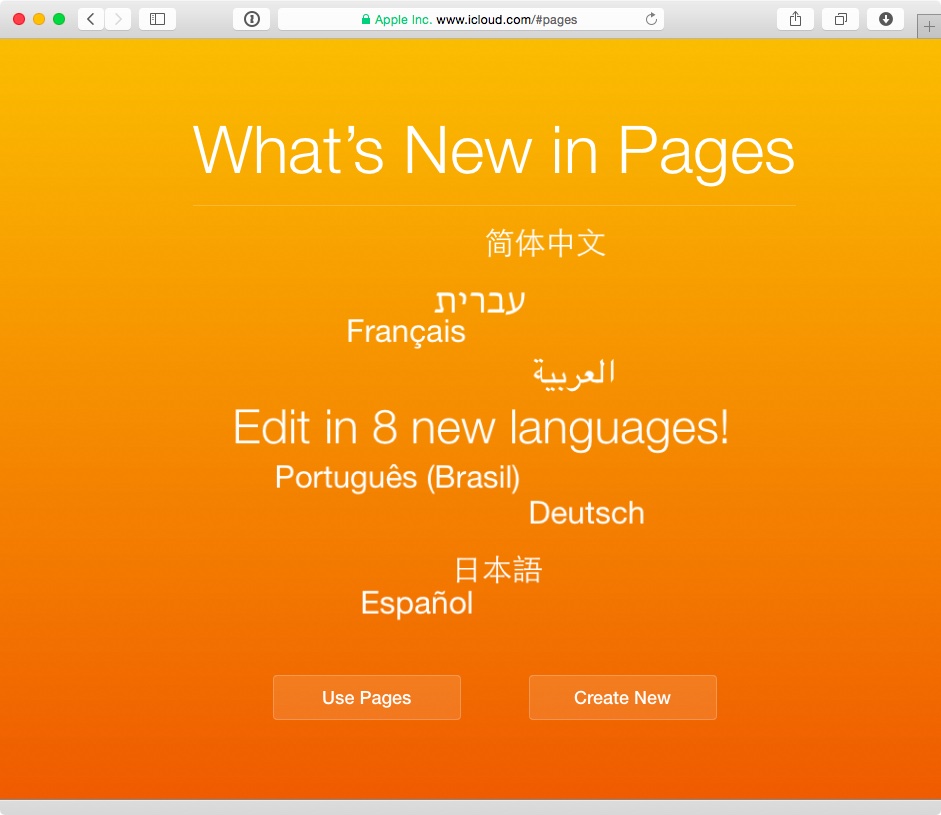 Keynote and Numbers have gained support for the same languages with the exception of Arabic and Hebrew. All three web applications have gained easier file renaming and a couple other editing features.

In Pages, you can now undo previously deleted section breaks. Moreover, you’ll notice that toolbar design has been revamped in all three apps. In Keynote and Numbers, it’s now possible to show or hide the slide navigator.

New features included across Keynote, Numbers and Pages: more than fifty new fonts for your documents (including Arabic and Hebrew), the ability to move around chart legends and drag wedges from pie charts, as well as rename the currently opened document right inside the document editor.

iWork for iCloud is accessible through icloud.com.