Following its report last week alleging that Apple and Alibaba are currently ironing out specifics of an upcoming Apple Pay partnership in China, The Wall Street Journal on Monday published an interview with Alibaba CEO Jack Ma who explained why such a deal would be hugely beneficial to the iPhone maker.

Long story short, the Apple-Alibaba deal would help avoid any regulatory scrutiny that Apple would be subjected to as a new financial player in China.

While noting that using Apple Pay in China would come with certain restrictions and limitations stemming from operating payment businesses in China, Alibaba remains “positive about the potential cooperation.”

Not only would the Apple-Alibaba deal help the iPhone maker avoid regulatory hurdles in the 1.4 billion people market, it would serve as a huge boost to Apple’s efforts to operate a payment business in the country through Alibaba’s Ant Financial business arm.

“At the end of the day, you are funding the payment transactions from the Alipay account through Apple Pay, so that flow of money has to be very smooth,” he said.

Another Alibaba Executive, Vice Chairman Joseph Tsai, told the financial newspaper last week that the rumored partnership would focus on the Chinese market, and that the two parties are “currently discussing specifics” of a possible deal. 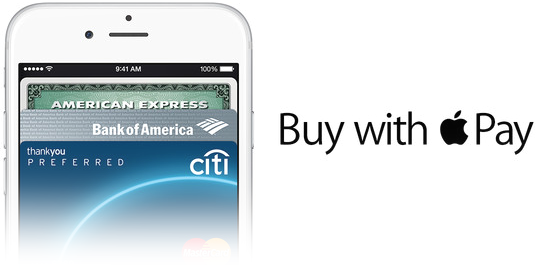 In a nutshell, Alibaba would agree to allow Alipay, its electronic-payment business in China, to serve as a backend service for Apple Pay. As a result, iPhone 6 and iPhone 6 Plus owners in China would be able to pay with Apple Pay using the money from their Alipay accounts.

“Right now, I think what we can say is that this is focused on the China market for Apple,” he said. “We are positive about the potential cooperation, but it depends on the details being worked out.”

Ant Financial CEO Lucy Peng and her business development team are involved in the talks with Apple.

Founded in 1996, Alibaba is the world’s largest online marketplace with a commanding 80 percent market share in China.

There are 4.5 billion credit cards issued in China via UnionPay, the country’s only bank card.

Over in the United States, the Apple-branded mobile payments service already accounts for half of McDonald’s tap-to-pay transactions as apps like Target for iOS, retailers like Staples and grocery chains such as Winn-Dixie and BI-LO jump on the Apple Pay bandwagon.