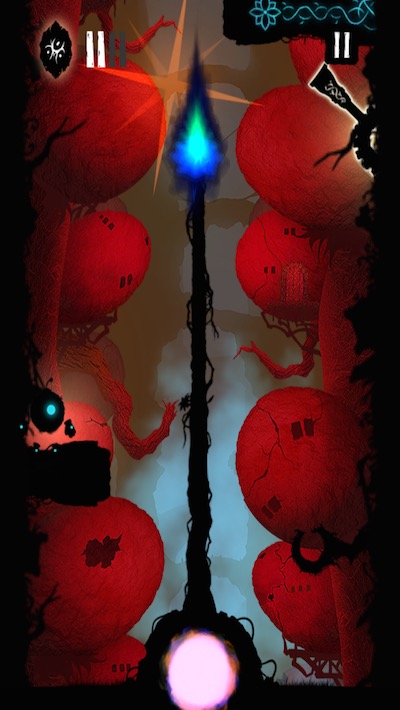 Every once in a while a game comes along that doesn’t seem to fit into any category, but manages to hold its own against the most popular of genres. A game doesn’t have to be familiar to be good.

Avoid it is one of those games that seems to fit into multiple categories, but can’t really be likened to anything I’ve ever played before. It is both familiar, and unique at the same time. Check out my game review of Avoid It below.

To start with, the game has a dark, atmospheric design. In between levels, we learn the depressing story of Zero and how his entire family has died. It is Zero’s job to take his family’s Light to the top of the ancient mountain. This is where your adventure begins.

The illustrations of Zero and the evil Cthulu-esque monster that is tracking him remind me of indie horror comics of the early 21st century (see Ben Templesmith for reference). The theme is dark, but adventurous.

The three controls are very simple. You either tap or touch and hold your finger on the screen. It doesn’t matter where. The third action is to not touch the screen at all. The skill is in the timing. To make it past a gate, you’ll have to know when to tap and know when to hold. 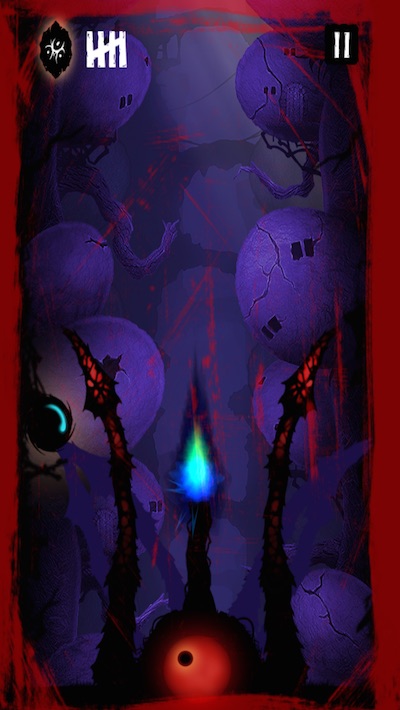 The goal of each level is to make it past a gate by jumping upward through a vertical tunnel. Zero is a round, spinning bomb-like being that has a knack for climbing upward by bouncing. You might say he is a parkour expert.

Tap to make Zero jump. He will bounce from one wall to the other with an upward momentum. As he jumps, he will collect important health light and relics. To keep Zero alive, you must keep his light going by grabbing nearby orbs. To unlock the gates at the top of each level, you must find and collect relics that are used as keys.

Zero will also roll back down a wall, which can be very beneficial at times. If you find yourself in an odd position and unable to make it in between two obstacles, try rolling downward a bit and jump again.

Zero has the ability to slow down time. Touch and hold your finger on the screen to slow everything down. I’m not totally sure of the benefit of this action since it slows everything, including Zero, but it does look cool and might give you a few seconds to think about your next step.

Different levels have different obstacles and helpful mechanics. Traps are pretty much everywhere. Some levels include levers to allow you to disable traps. The gameplay happens so fast that it is difficult to understand the obstacles that traps offer. I know that, they can sock you and knock you down. However, I’m not sure if they are actually causing damage and speeding up the process of your light going out. If you disable a trap, it won’t get in your way or keep you from progressing. However, I was hit by traps a lot and it didn’t seem to affect my ability to get through a level as long as I could get to a light source fast enough.

There are items that will help you progress through levels, as well. For example, some platforms are very bouncy and will propel Zero upward very fast.

Did I mention that you will be chased by an evil demigod creature that wants to destroy Zero? This monstrosity will make everything you do more difficult. He won’t kill you right away when he catches you, but from the two times I ran from him, he seems to have a knack for putting obstacles in the way so you can’t get to any light sources before dying. 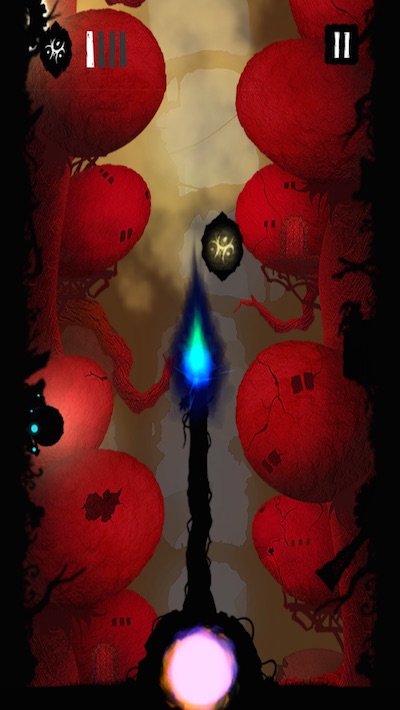 This game is different than anything I’ve played before. It has elements of Doodle Jump (vertical gameplay), while being a basic arcade style game with touch controls. The cut scenes in between add a rich element that you don’t usually get in games like these. The horror style graphics just add to the dark feel, overall.

I’d like just a bit more explanation on the game’s rules. For example, I still can’t tell if getting hit by a trap actually causes damage.

You can’t skip past cut scenes. I like watching them the first time through. However, when I have to replay a level over and over, the last thing I want to do is sit through 10 seconds of story.

Avoid It costs $0.99, which is the perfect price for a game like this. It fits into the casual games category, even though there is an interesting story to follow. The replay value is high since you earn achievements for completing levels without getting hit. It’s called being “badass.”

If you like arcade games or fast-paced taping games, this is a great addition to your collection. It plays smoothly, and controls work seamlessly. It looks good and has an interesting gameplay mechanic. This game is available on the iPad, iPhone, and iPod touch. Download it in the App Store today.

As I mentioned above, this game is different than anything I’ve played before. However, Knightmare Tower is a vertical endless runner.

What do you think of Avoid It? Let us know in the comments below.