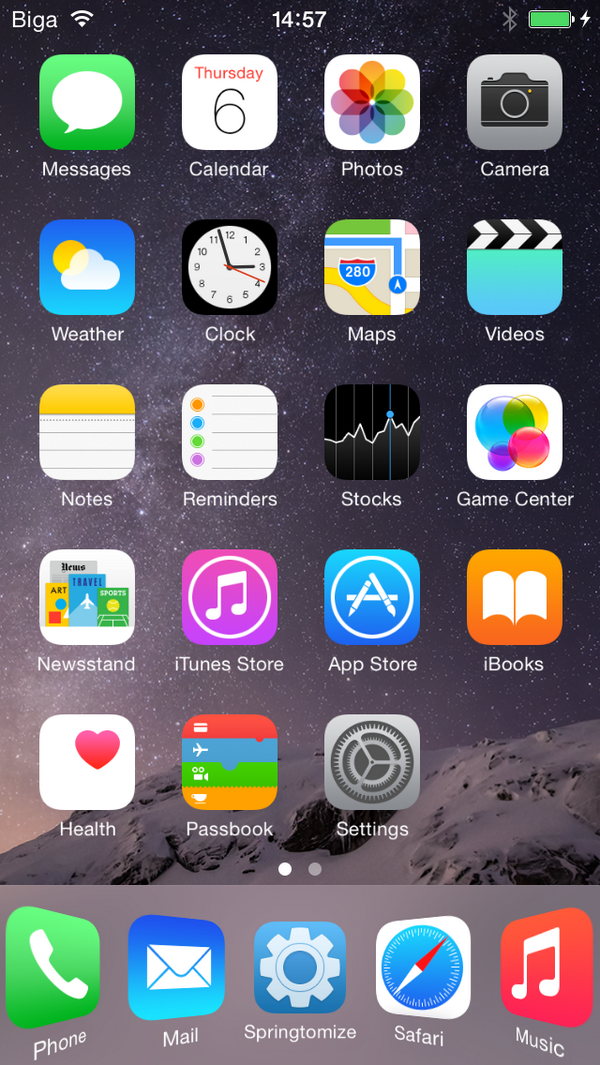 Is this enough to get you to take the plunge? I know it will be for Sebastien, and perhaps even Cody. Springtomize for iOS 8 was officially teased by well-known (and well-liked) developer, Filippo Bigarella.

Springtomize is the type of tweak that lets you customize virtually every aspect of your iPhone’s SpringBoard, hence the name “Spring” (SpringBoard) and “tomize” (Customize). We’ve done extensive reviews of this extremely popular tweak in the past, so if you’re not familiar with it, I advise you to get up to speed and review our Springtomize coverage.

If you’ve yet to jailbreak, will this be enough to push you over the edge?

What do you guys say? If you’ve been holding off, will you jailbreak now? If so, you better start taking things seriously, and update to iOS 8.1 right now. I mean, now. Don’t wait another second!