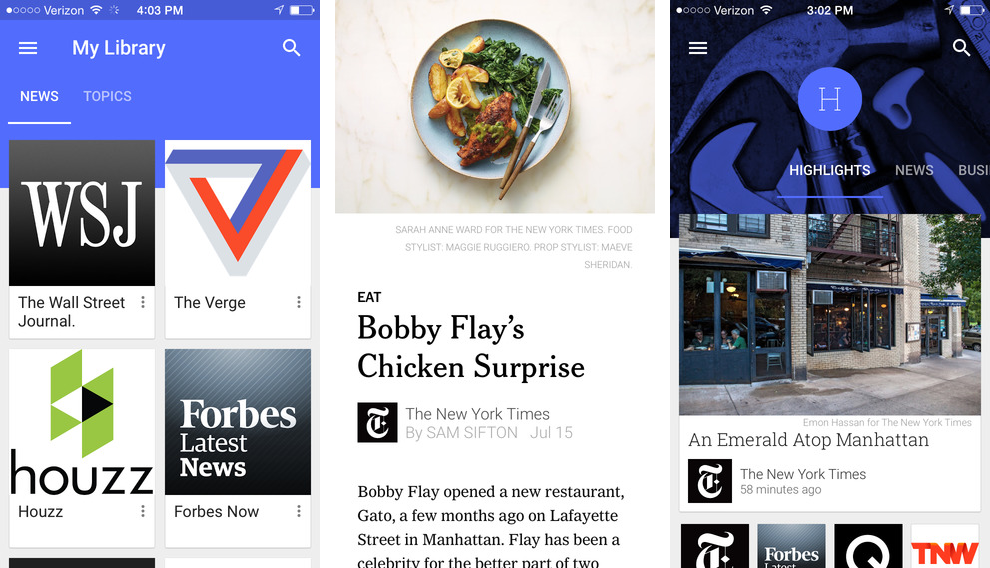 In addition, the new version features an improved download progress interface for offline content and contains unspecified bug fixes. Google Play Newsstand is available as a free download from the App Store.

As you know, Google purchased Songza earlier this year. Like Apple-owned Beats, the service specializes in finding the right music to fit your mood.

Google redesigned Currents for iOS 7 appearance a month ago, also changing its name to Newsstand. The software allows you to read your favorite blogs and news articles in the clean form, stripped of their bells and whistles on the web such as advertising and navigation.

You can subscribe to a range of topics, access articles you subscribe to, discover new stories and publication editions, save the stories you don’t have time to read for later and more, all in one place.

Currents used to be a mess on iOS, but Newsstand is quite a different beast. I encourage you to give it a whirl if you’re on the constant lookout for a quality reading experience on your iPhone and iPad.

Google thus far has refreshed only its most important applications for iPhone 6 screen sizes like Gmail, Chrome and YouTube, now adding Newsstand to the list of iPhone 6-ready apps.

The 6.3-megabyte app requires an iPhone, iPod touch or iPad with iOS 7.0 or later.