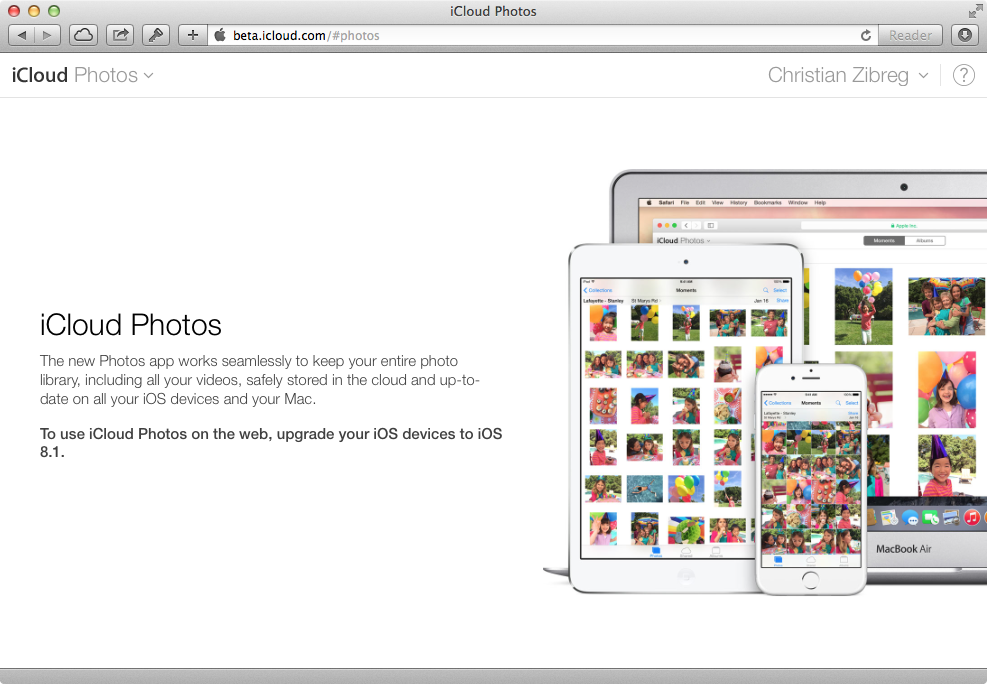 Apple on Friday unofficially confirmed that a new Photos web app will be available through the iCloud web interface, most likely after iOS 8.1 launches next Monday. As we previously reported, visiting the beta.iCloud.com/#photos URL used to produce an unusual error message indicating a web-based version of the iOS Photos app was in the works.

Folks who have signed up for iCloud Beta should now visit the same URL as there’s a brand new webpage showing teaser graphics and the message saying “To use iCloud Photos on the web, upgrade your iOS device to iOS 8.1”.

Hat tip to reader Roger who sent this in.

Although an icon for the Photos app is not currently shown in the navigation bar on iCloud Beta, the very existence of the new message serves as an unofficial confirmation that the web app is being readied.

“The new Photos app works seamlessly to keep your entire photo library, including all your videos, safely stored in the cloud and up-to-date on all your iOS devise and your Mac,” writes Apple.

Photos for Mac is due early next year.

iOS 8.1 is coming on Monday with support for iCloud Photo Library (in beta). It will also enable Apple Pay on compatible devices, bring back the missing Camera Roll album and likely introduce other changes and tweaks based on user feedback.