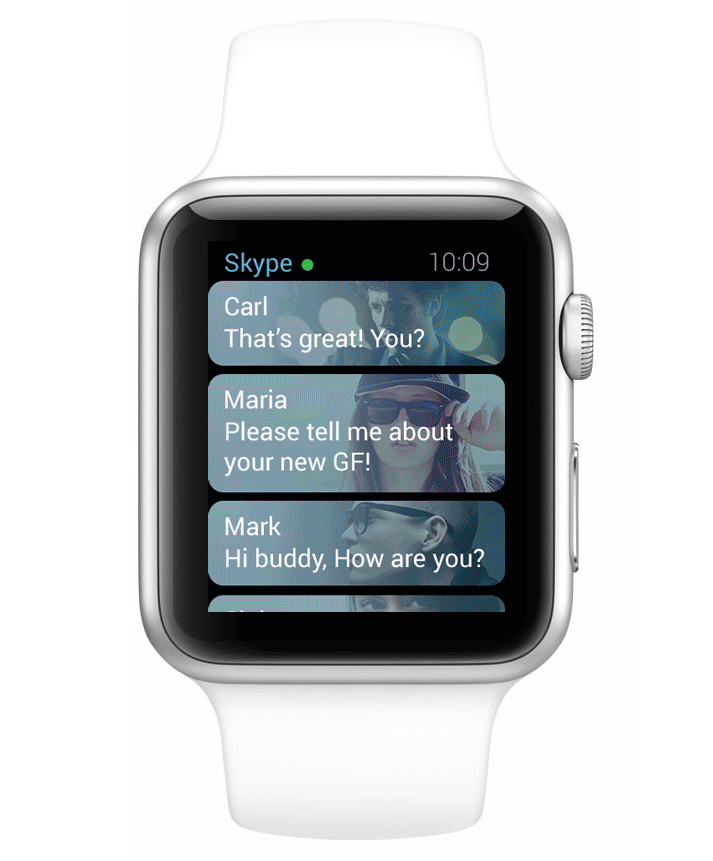 When Apple launches the Apple Watch early next year, it will mark the beginning of a new platform for developers. Thanks to WatchKit, the device will support third party applications, including extensions for current iOS apps and new standalone software.

With this in mind, a couple of graphic artists have created a design concept that reimagines what popular iOS apps would look like with an Apple Watch-style interface. Posted to Behance, the images include concepts for Skype, Instagram, Twitter and more.

First up we have interfaces for popular dating app Tinder, and Facebook’s Instagram. Both apps allow you to view images and comments, by swiping on Apple Watch’s touchscreen. It’s hard for me to imagine, though, looking at photos on such a tiny display. 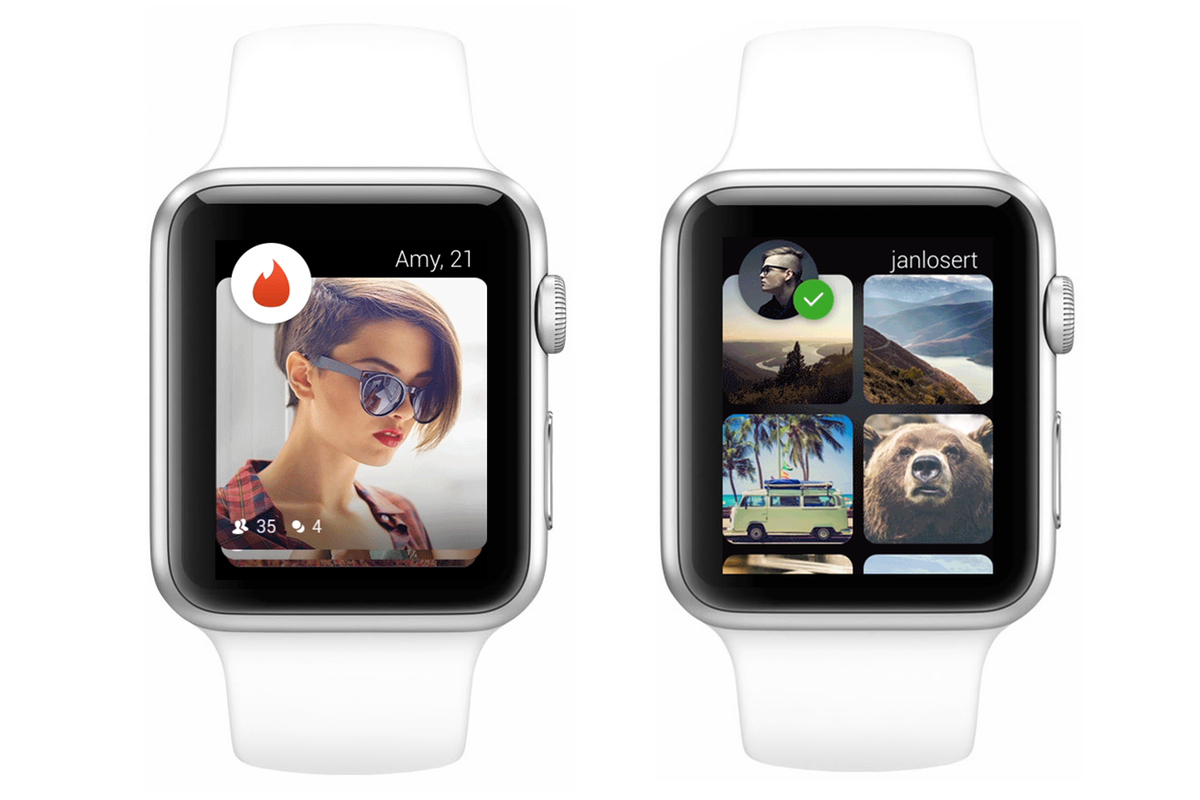 Next we have interfaces for Facebook Messenger, Twitter and what appears to be a water consumption app. I think it’d be very handy to receive tweet notifications on the Watch, and reminders to drink more water, but I’m still curious to see how messaging apps work. 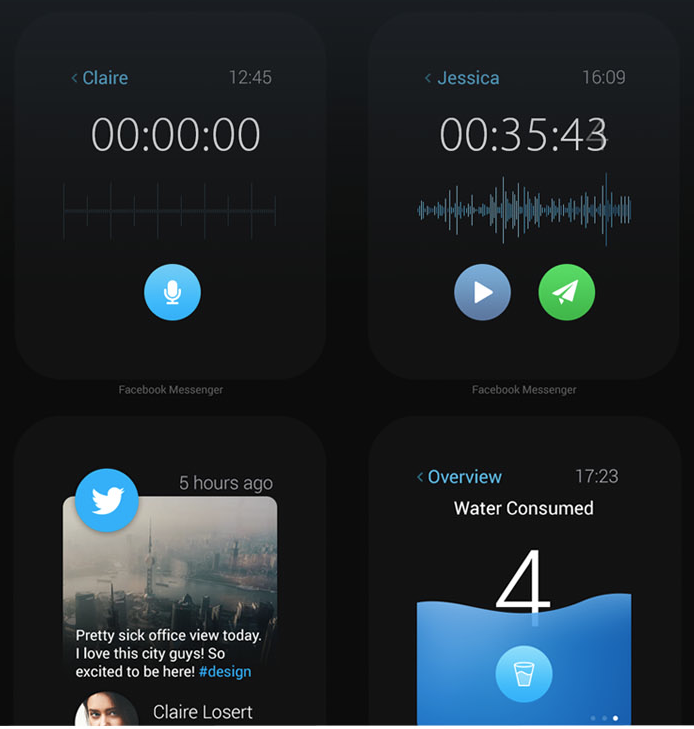 If you’re interested, you can find more Apple Watch app designs over at the Behance page here. I actually highly recommend checking it out, as it features animated GIFs that show the apps in motion, so you can kind of get a better idea of their intended functionality.

As for actual third party Apple Watch apps, they’ll be capable of incorporating Glances—a swipe gesture that exposes at-a-glance data—actionable notifications, and more. Early reports say users will browse for and manage these apps via a corresponding iPhone app.

Unveiled in September, the Apple Watch is expected to be available in early 2015, with prices starting at $349.