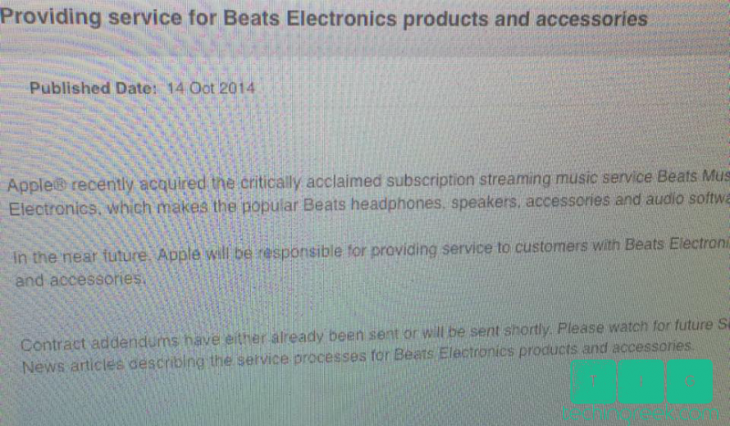 Apple mays start providing after-sales service for Beats headphones and speakers soon, according to a report from Greek technology blog TechInGreek.com [Google Translate] which dug up an internal document showing that Apple Service Providers in the country are gearing up to provide service for Beats Electronics gear.

If authorized Service Providers are going to be adding Beats after-sales service, Apple should follow suit.

Indeed, “in the near future, Apple will be responsible for providing service to customers with Beats Electronics products and accessories,” reads the memo Apple sent out to its Service Providers.

According to Bloomberg last week, the two firms have settled their patent infringement suit and asked the International Trade Commission to cease its investigation.

Following its $3 billion Beats buy, Apple’s been increasingly featuring Beats headphones and audio accessories on both the Online Apple Store and at brick-and-mortar locations, while promoting the Beats Music service to new iOS device owners and on the App Store.