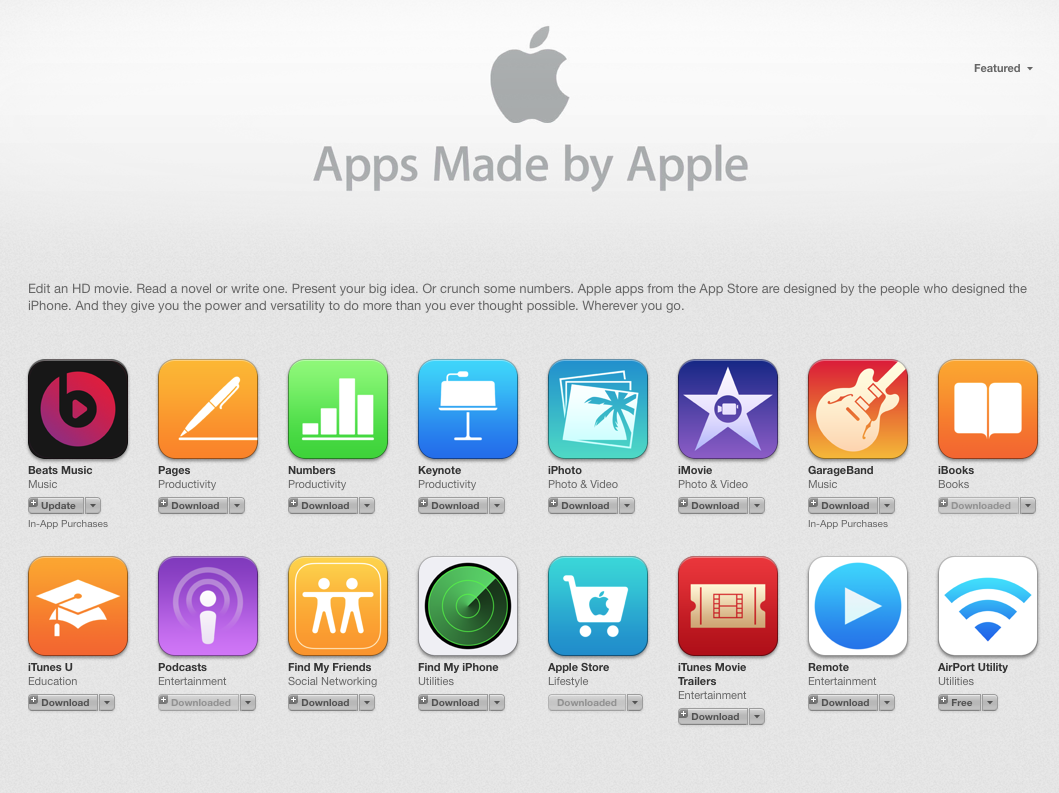 Following its addition to the ‘new user’ prompt in the App Store earlier this week, Apple has added the Beats Music iOS client to the ‘Apps Made by Apple‘ section of its digital storefront. The move comes just two weeks after the two companies made the acquisition official.

If you’ve never seen the section, you can find it in under the Quick Links portal of the App Store—either on the right-hand side of the desktop version, or the very bottom of the iPhone version. And it houses a number of Apple’s iOS apps including iBooks, Podcasts, and Remote…

This is an interesting move for a couple of reasons. For one, the Beats Music app is still being offered in the Google Play Store, so today’s development, I guess it’s official now, Apple has an Android app.  And two, this new level of visibility will likely lead to an influx of new users.

In fact, Beats Music’s stock already seems to be climbing. In May, it was estimated it had around 250,000 subscribers, with its app barely making the top App Store charts. Today, it sits at #24 in the [US] App Store’s Top Free list, so it seems likely that those numbers have gone up.

Unlike most of the other apps listed in the above section, Beats Music is not entirely free. The app itself can be downloaded at no cost, but the service costs $9.99 per month. There’s no free ‘radio’ option, as offered by Pandora, but iOS users can get that via iTunes Radio.