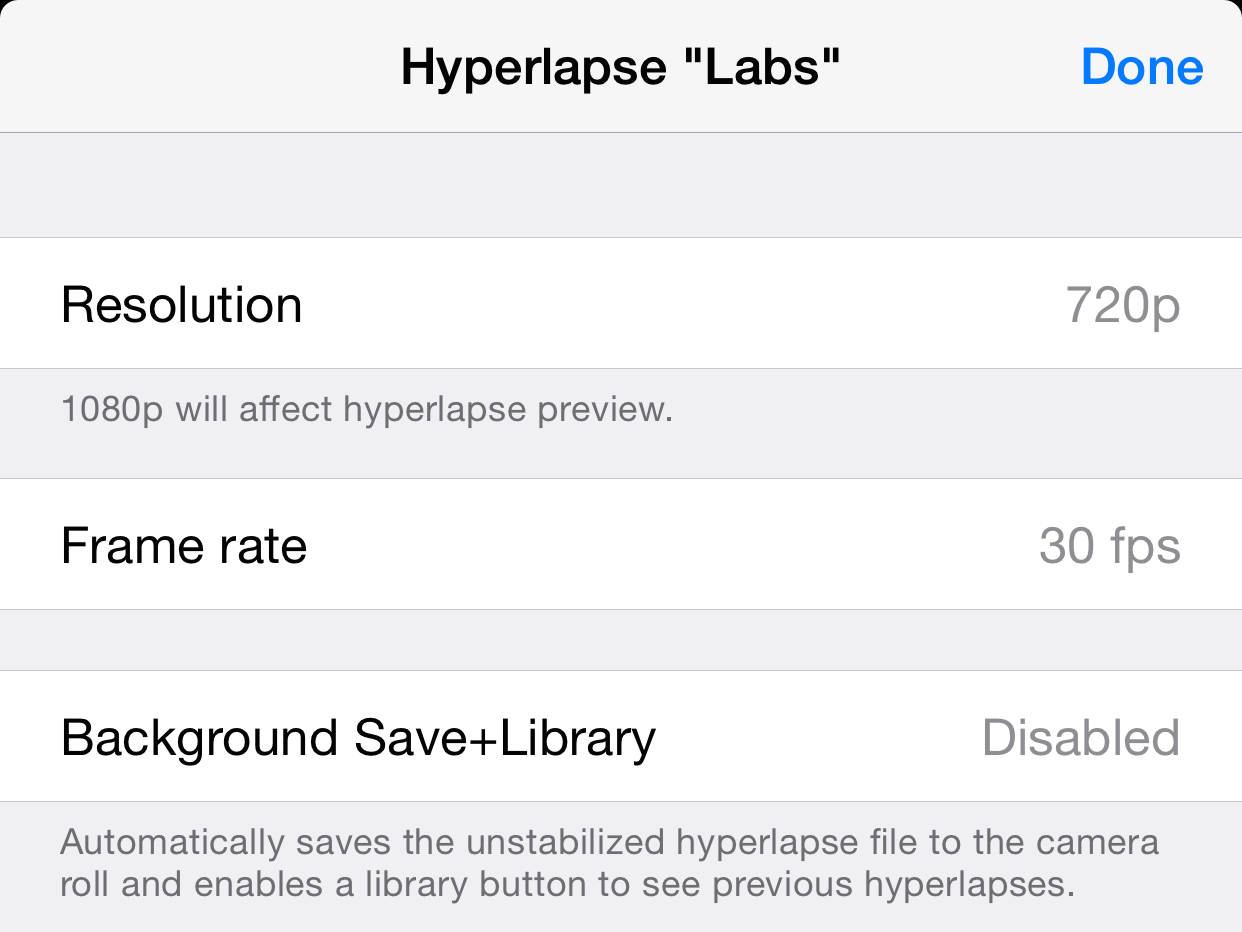 Instagram’s recently released Hyperlapse app, built for recording time-lapse videos, has received a lot of praise for its UI design and function, but there’s no denying that it’s a bit short on features—or so we thought. Apparently the app has a hidden menu with several options, including 1080P video capturing and more.

The video below is in German, but it’s not hard to get the gist of it. You can access the hidden Hyperlapse “Labs” menu by tapping on the display four times, with four fingers. I was able to confirm this works on my iPhone 6 Plus, although like the user in the clip, it took me a few tries before the menu finally appeared.

Included in the settings are options to change resolution and frame rate, and enable a background save mode. You can also calibrate your camera, tweak sound levels, reset the NUX Flag (not sure what this is), and enable a mode called Hyperlapse EXTREME. I’m not sure what it does, but the name sounds awesome.

To learn more about Hyperlapse, click here, or you can just grab it from the App Store for free.