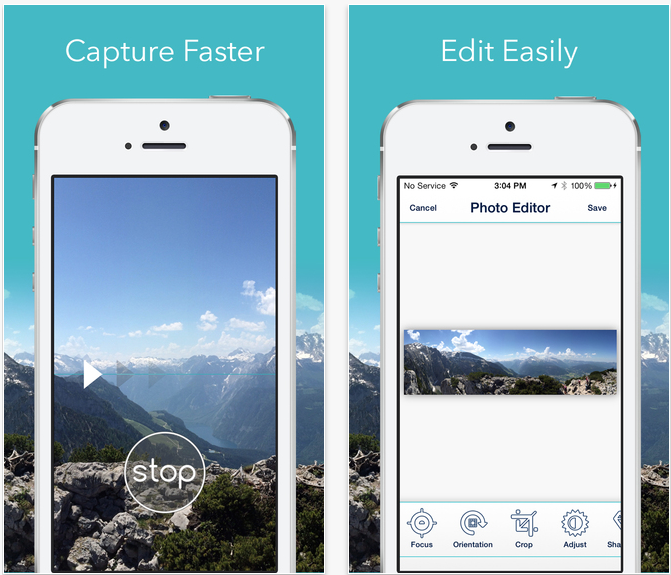 First introduced in 2012, Cycloramic has received much acclaim for its ability to capture 360-degree hands-free video using custom vibration patterns in the iPhone 5/5s. The app was even featured on the popular TV show Shark Tank, where it garnered a $500K investment from billionaire Mark Cuban.

But when Apple introduced the iPhone 6, with its slimmer profile and rounded edges, a lot of folks wondered what was going to happen to Cycloramic. After all, without the squared base, how was it going to keep the handset standing upright while spinning? The answer: use its power adapter as a base.

As you can see in the video above, the vibration pattern is strong enough to spin the iPhone 6 while it lays down landscape-style in its included charger. Admittedly it’s a bit hacky, but the solution still allows the device to turn 360-degrees, capturing photos it then stitches together to form a panoramic view.

Unfortunately, this only works with the iPhone 6, and not its larger sibling, the iPhone 6 Plus. The jury is also still out on if placing your phone between the metal prongs of the power adapter will create scratches on the rear casing—and if so, will this method work if the iPhone is in a [thin] protective case?