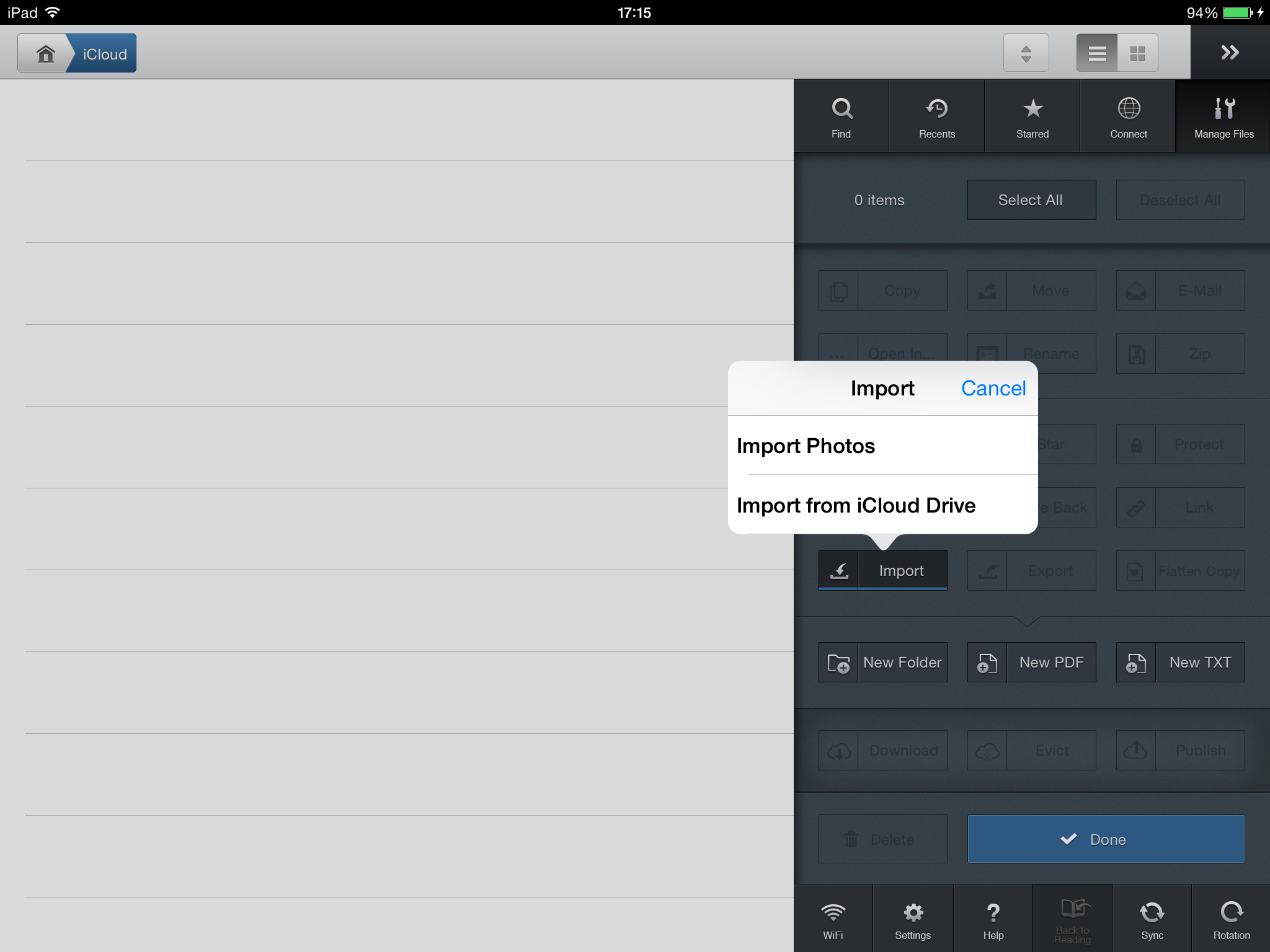 GoodReader, a robust PDF reader for the iPad, iPhone and iPod touch, has received an update Friday bringing out support for a pair of distinct new features in iOS 8: Handoff and iCloud Drive.

Handoff lets you continue reading on an iPad right where you left off on an iPhone or iPod touch, and vice versa. Moreover, if you run iOS 8 and have upgraded to iCloud Drive, GoodReader can now import documents stored in it.

And because the app now uses iOS 8’s standard iCloud Drive picker, you can easily access other online storage services that have advertised their Document Provider extension system-wide, such as Dropbox.

To try this out yourself, update GoodReader, open the app and tap Manage Files on the righthand toolbar. Now choose Import and then Import from iCloud Drive, as depicted top of post.

The standard iCloud Drive file picker pop us up, allowing you to navigate the files and folders stored on Apple’s servers. But, lo and behold, you can also tap the Locations button in the upper-left to use Dropbox via its iOS 8-friendly Document Provider extension. 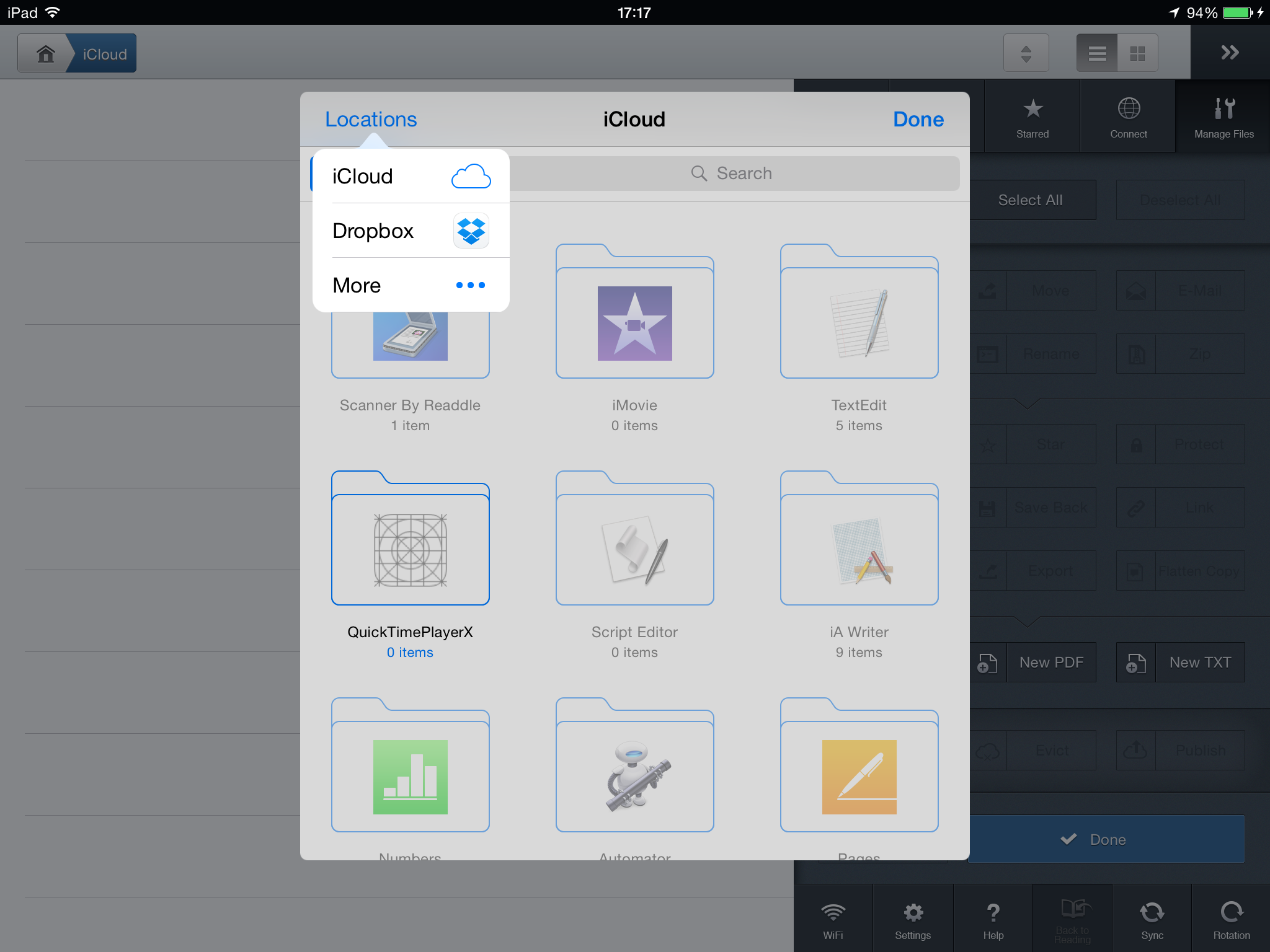 You should now see the full-blown Dropbox interface so you can import any file or folder. Again, third-party apps gain these cloud-storage access points for free, courtesy of App Extensions in iOS 8. It’s a lot like third-party Photo Extensions in the stock iOS 8 Photos app, only for cloud storage services in apps that use the iCloud file picker. 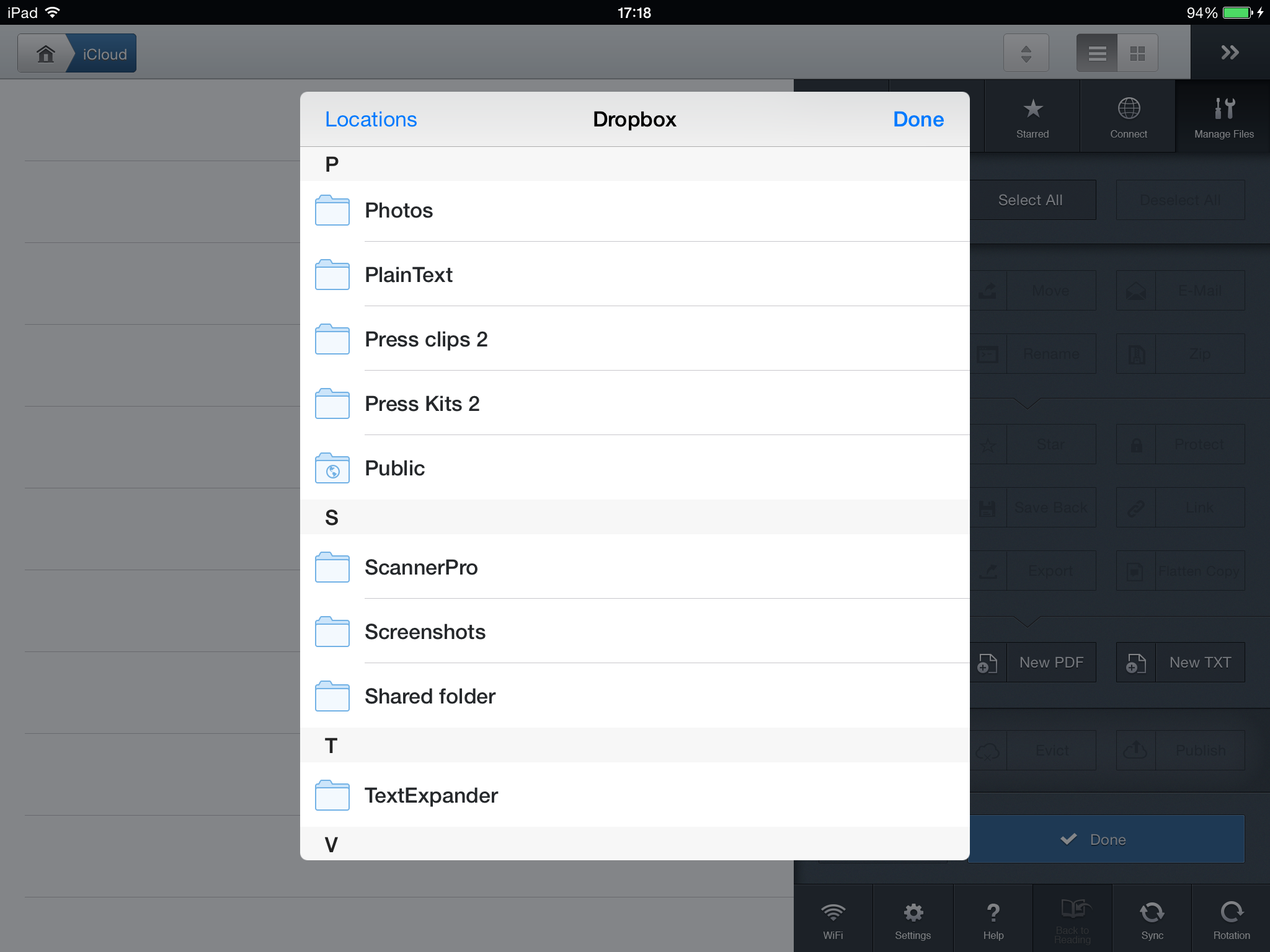 Note that you must have the latest version of Dropbox’s iOS app installed.

To use Handoff, your devices must be signed into iCloud with the same account and have Bluetooth and network connection enabled (Wi-Fi or Cellular). I tested the feature by opening iDownloadBlog’s Style Guide on my iPad. Moments later, the GoodReader icon appeared on my iPhone’s Lock screen. 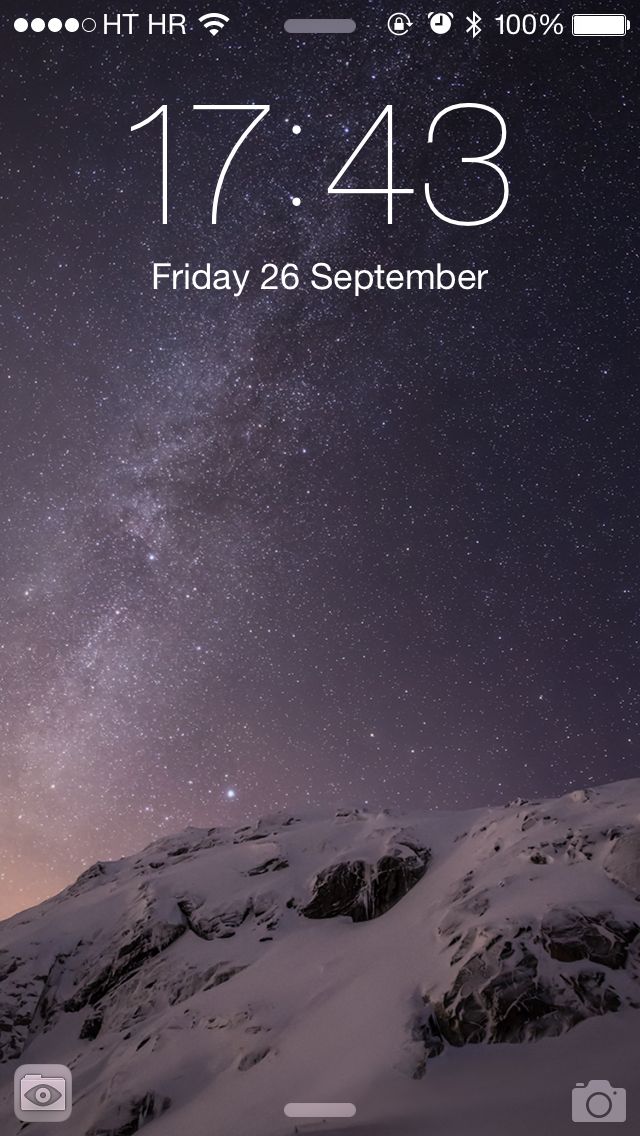 I then grabbed and pulled up the icon like I would the Camera shortcut on the Lock screen and instantly picked up reading right where I left off on my iPad. You can test Handoff between iOS devices yourself in a number of stock iOS 8 apps, including Mail and Messages.

Handoff between iOS 8 devices and Macs will be enabled once the free OS X Yosemite update drops sometime in October.

And if you own an iPhone 6 or iPhone 6 Plus, you’ll enjoy native support for the bigger displays in GoodReader so you can see more of your content, as opposed to having the app’s UI enlarged to fill the screen like other non-iPhone 6 optimized apps.

GoodReader is currently on sale and can be purchased at a reduced price of $2.99 for a limited time. The app is universal and requires iOS 6.0 or later. Handoff and iCloud Drive require iOS 8.0 or later.