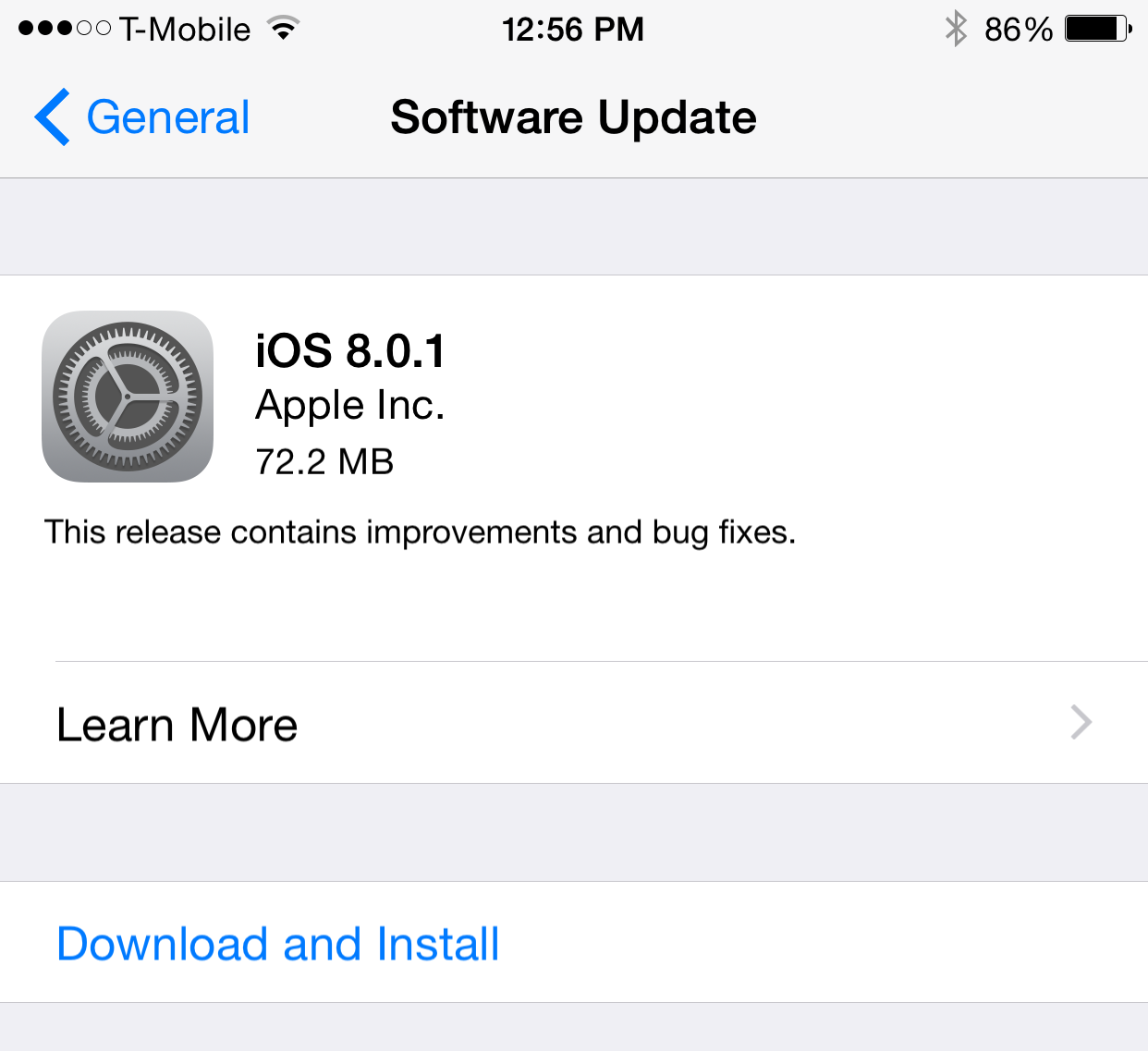 Warning: we are noticing that after installing iOS 8.0.1, our iPhones are showing ‘no service’ and Touch ID no longer works. We’ve confirmed this with several readers as well, so until we know more, we recommend holding off on the update. Video below.

Apple has released iOS 8.0.1 to the public this morning. The update comes exactly one week after the official iOS 8 release, and includes a myriad of bug fixes pertaining to third-party keyboards, the Reachability feature for newer iPhones, and uploading content in Safari.

Another notable item in the 8.0.1 change log is that the bug that prevented HealthKit-enabled apps from entering the App Store has been remedied. Apple says that it will now start approving HealthKit apps, meaning it shouldn’t be too long before they start popping up.

With this update coming so soon after iOS 8, we imagine there will be few other changes. But we’re installing it now and will update this post if necessary. If you spot a change, let us us know by either emailing us at tips@idownloadblog.com or leaving a comment below.

Update: if you have updated to iOS 8.0.1, let us know how it went down in the comments. What things are broken and which model iPhone do you have?

Update 2: Apple tells Recode’s John Packzkowski: “We are actively investigating these reports … In the meantime we have pulled back the iOS 8.0.1 update.”

Update 3: if you updated to iOS 8.0.1, and your device is experiencing issues, click here for our quick guide on how to fix it.