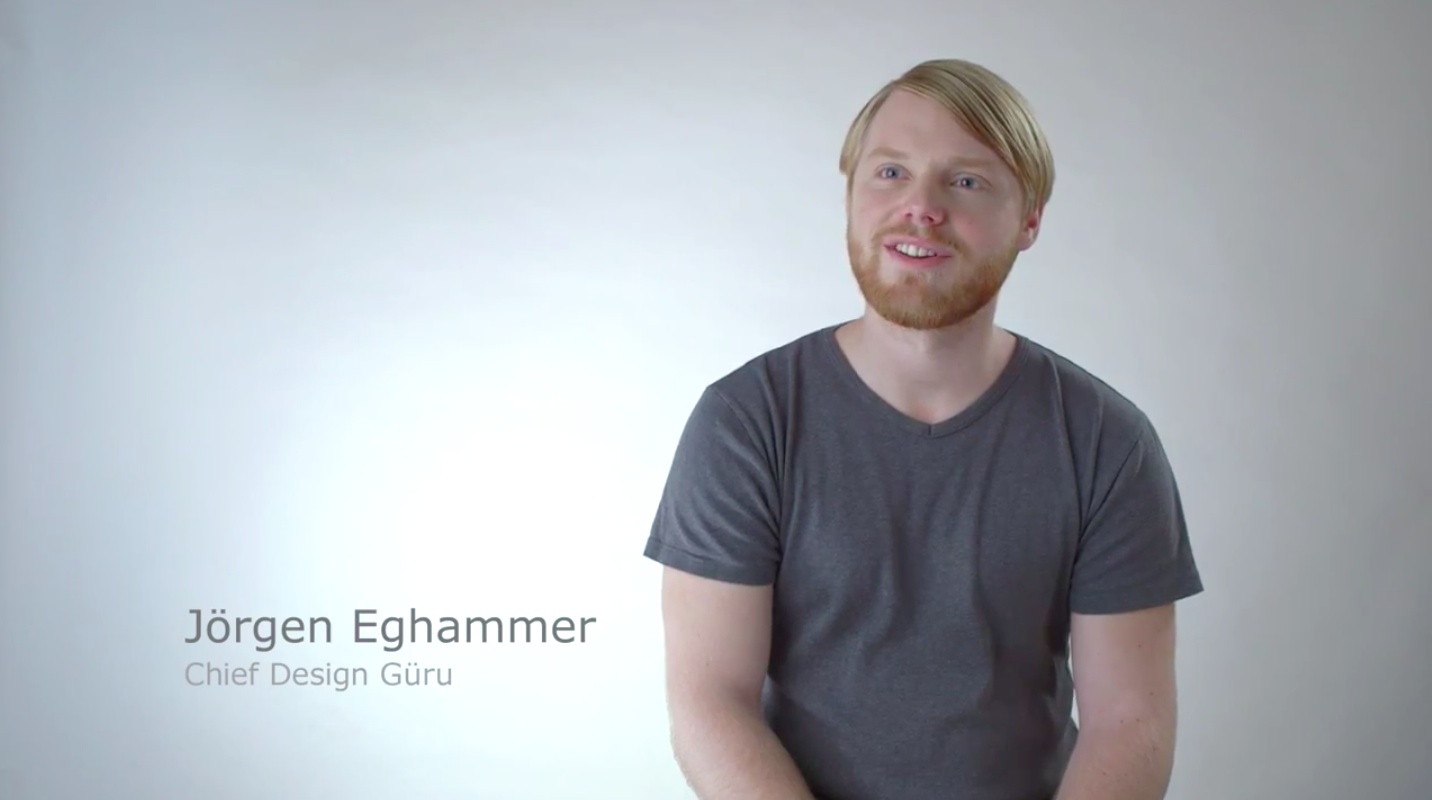 Ikea channels Jony Ive to promote its 2015 furniture catalog, Joy of Tech spoofs the seven phases every true Apple fan goes through in between product launches — dang, it must by a Friday!

To help you get prepared for the weekend, I’ve cherry-picked a pair of linkbait memes that’ve been making rounds this week. You should find the Ikea video amusing and the Joy of Tech comic hilarious as you head out for the weekend, your very last weekend before Apple’s big reveal on Tuesday changes everything, all over again.

Introducing the Bookbook, the coolest, sleekest new gadget on the market by a certain fruity firm – pardon me, I meant a Sweedish maker who designs, builds and sells ready-to-assemble furniture.

And here’s Apple’s 2010 video with Jony Ive introducing us to the original iPad.

Kudos to IKEA Singapore for a job well done.

I’m a big fan of their bookmarking feature (talk about seamlessness!), but they really one-upped Apple with support for multiple users, didn’t they?

“The 2015 IKEA catalog comes fully charged, and the battery is eternal,” IKEA’s design guru Jörgen Eghammer said in the video. “The navigation is based on tactile touch technology that you can actually feel,” he adds.

At no point does the tongue-in-cheek commercial come across as insulting, dumb or otherwise plain stupid as do certain brands with their half-assed attempts to poke fun at Apple.

Speaking of IKEA, did you know that 75 percent of all their product images are CGI?

“In the summer of 2004, IKEA decided to change the way they produced their product images,” writes The Computer Graphics Society. “They made the first tentative moves toward CG rendered, rather than photographic, images.”

So that’s why the furniture in the IKEA catalog looks so damn appealing and plain sexy! 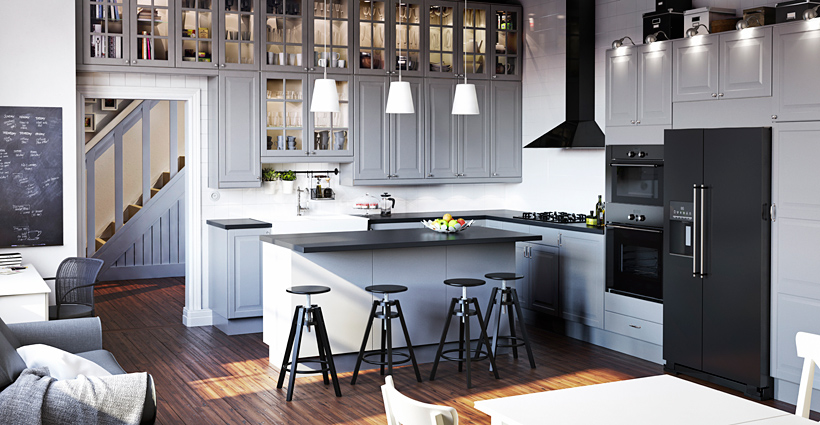 I’d be curious to learn about the percentage of CGI imagery in Apple’s marketing. Granted, it’s all too easy to mistaken shiny images of Apple gadgets for CGI. But believer it or not, the images Apple uses are for the most part just painstakingly detailed photographs, really. 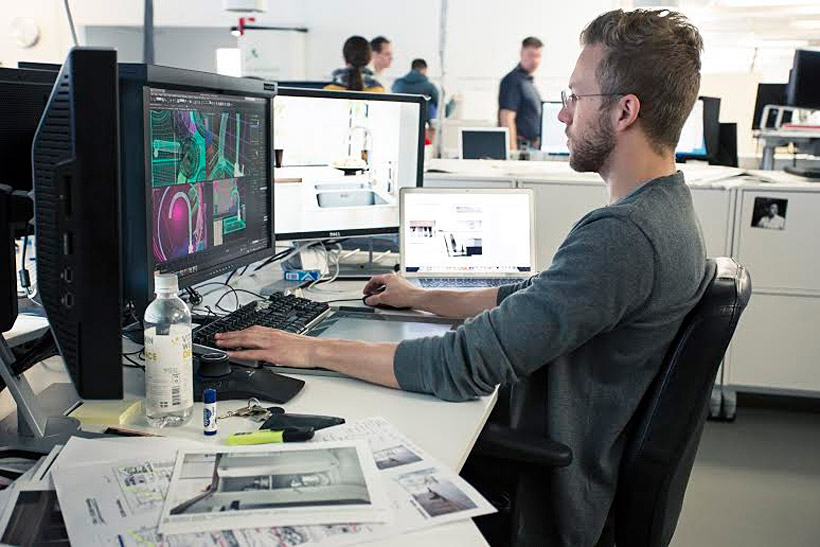 “Because Apple products have such carefully selected materials it is incredibly important to light the product in a way that will showcase the various materials accurately,” says pro photographer Peter Belanger whom Apple used to tap to do a ton of demanding product shoots.

Up next is Joy of Tech’s take on the Apple Product Cycle. It’s practically an art form that the iPhone maker’s perfected over the years to the point where a looming product launch kicks the rumor mill into high gear as grown men weep with joy in anticipation of a life-changing event. 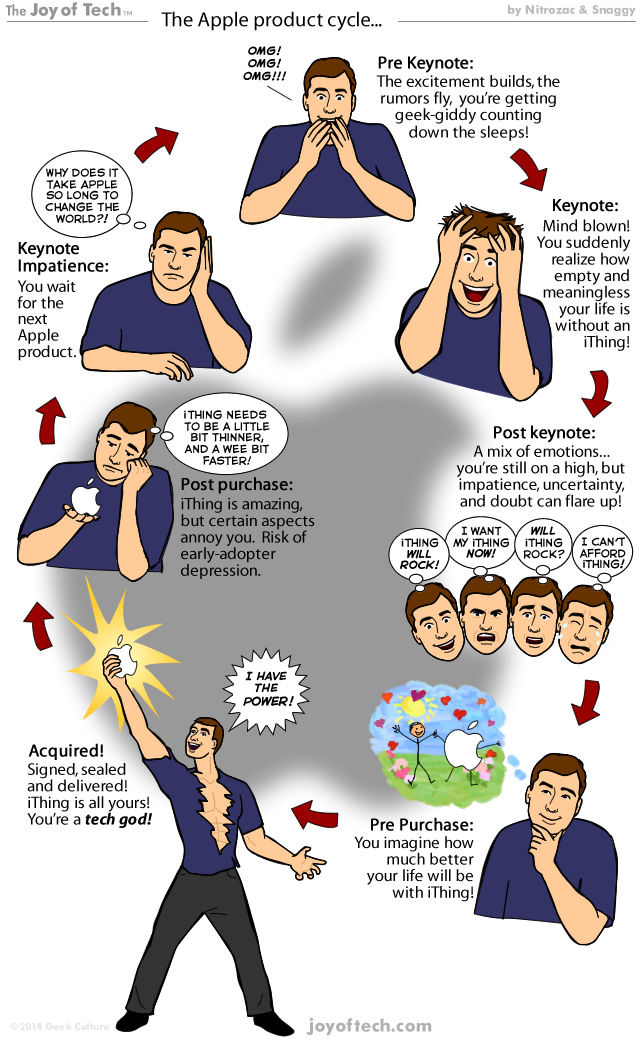 Do you go through these phases, too?

I most definitely do (and am not ashamed to admit it)!

And check out this one, totally relevant in light of the ongoing iCloud nude celebrity hack mini-scandal. 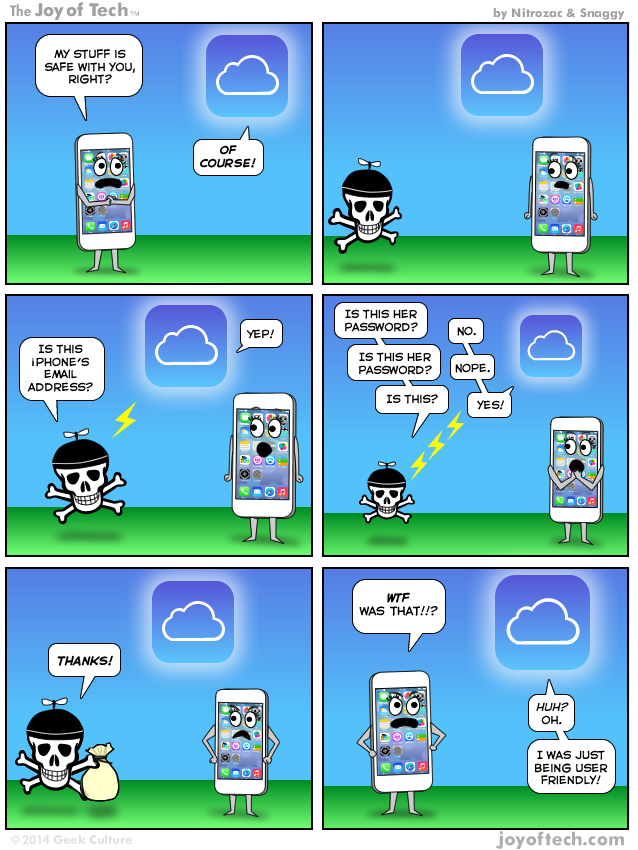 Finally, here’s a little something concerning the impatient types, ones who jump straight for comments without bothering to read past the headline and eventually the opening paragraph.

[TIME via TUAW, Joy of Tech via Re/code]